How to make WANem a Permanent Virtual Box VM

The WAN emulator WanEm is distributed as a bootable LiveCD ISO (Knoppix 6.7.1 based), or a VMWare appliance. I would like to do some testing using VirtualBox instead and would prefer not to have to reconfigure WanEm every time I reboot.

How do I turn the LiveCD ISO (3.0 beta 2 at time of writing) into a permanent VM with VirtualBox so I can have consistent WAN emulation as part of my tests?

There is a utility provided with Knoppix, 0wn, that makes this relatively straight forward, but first you need to set up an appropriate VM and have it boot off the ISO image.

My VM had the following properties:

For networking, I first configured 2 host only networks with DHCP disabled:

This is done in the main VirtualBox preferences - here's an example: 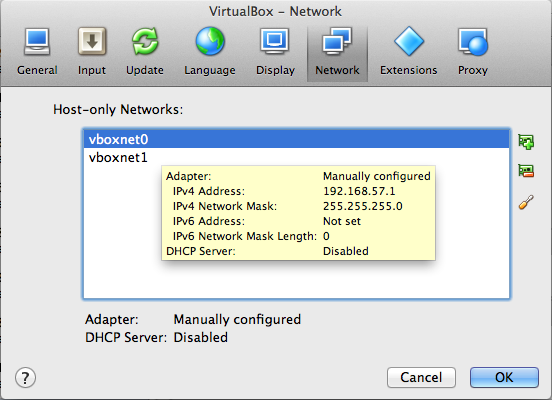 Then for the VM itself, I added 3 interfaces:

Note: This was optional, to give me maximum control over what I would be doing with WanEm. You could easily go with a more simple set up and have everything on the same subnet, just force everything to use the WanEm IP address as a default gateway.

Set the storage to load the live CD, like so: 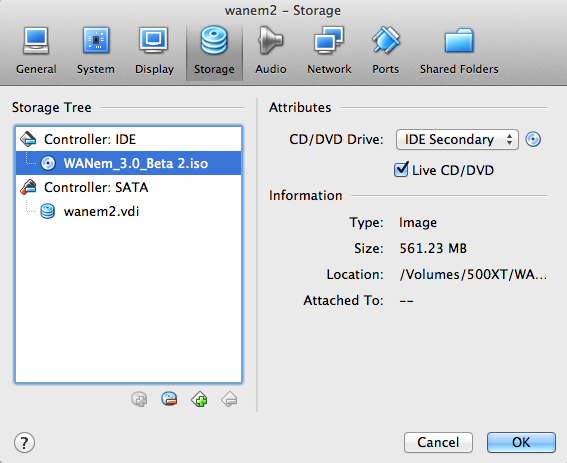 Now, we are ready to boot. Start the VM and let it load up. There will be some delay while it tries to auto configure the first two interfaces with DHCP, but after that you should see something like this: 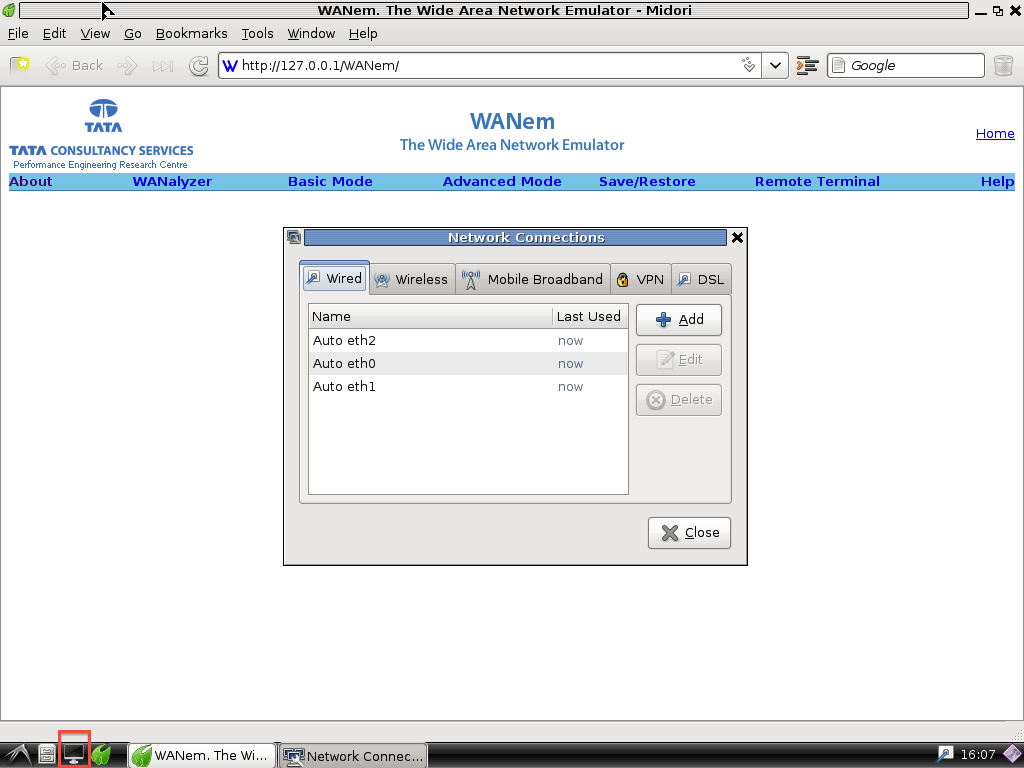 Close out the network config dialog (no point in doing this until we have a permanent VM), and launch the shell (see red box, bottom left in screenshot above).

You should get a terminal with some IP address information in a table and a WANemControl@PERC> prompt. Exit out of that prompt with the exit2shell command and you will be dropped into a Linux root prompt.

Run the 0wn command, then do the following at each screen (GUI prompts, but hard to see/screenshot):

0wn will now copy files to the disk (this will take a while). 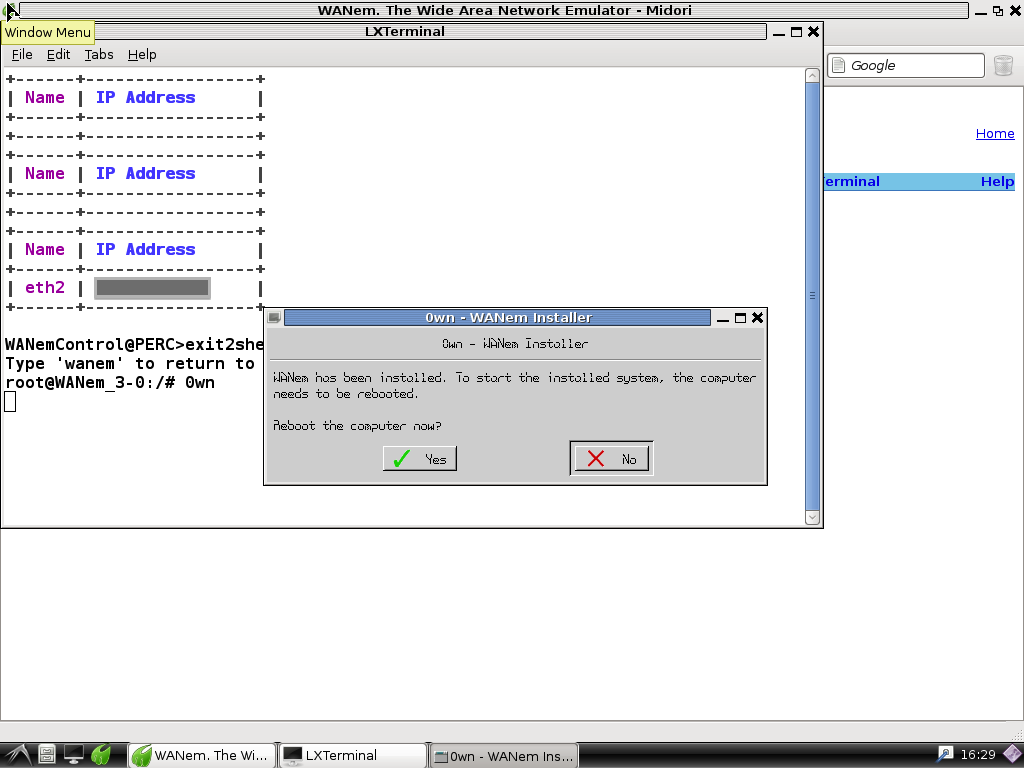 The VM will reboot, then you will see Grub, and a pretty normal boot process, and once again end up back with a WANemControl@PERC> prompt but no GUI or desktop. You now have a permanent VM! You can work from the shell, or you can issue a startx command to get to the same desktop you had during the 0wn process. 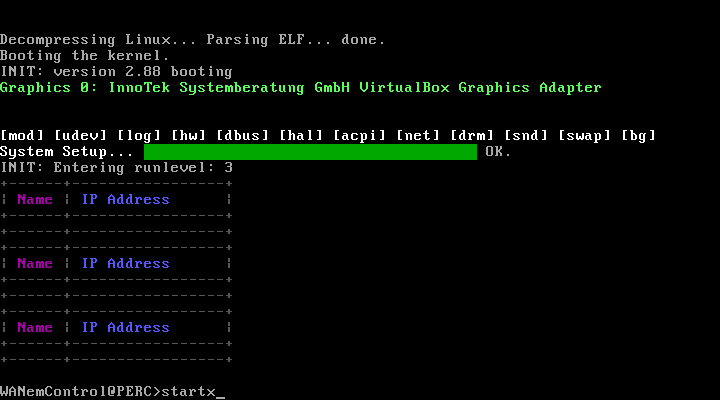 Now that the VM is permanent, make sure the CD is no longer loaded in the Storage tab (this was automatically removed for me). Any changes made will be permanent, no need to redo configuration each time. I made several modifications to get the VM functioning the way I wanted, but that is beyond the scope of this reply.

Not the answer you're looking for? Browse other questions tagged linux virtualbox livecd knoppix wanem or ask your own question.

10
why does Virtualbox use 15-20% CPU when VM is paused?
2
WANem to route between machines?