I just bought two 8 GB USB flash drives, SanDisk Cruzer Fit (http://www.sandisk.com/products/usb/drives/cruzer-fit/), they are exactly the same. Since I planned using them as Mac OS X install drives, during a Mac OS X installation (booted from DVD) I erased and formatted them.

After erase and format, one of the drives has an orange/yellowish icon and the other a white icon. Even after I restart my Mac and boot into the installation again and format them again(in different or same order), one(the same one) always gets this orange icon. And that one with the orange icon also has a peculiar issue when I click on the eject button. It does not eject. The partition gets unmounted but that is it. It just stays grayed out and never disappears from disk utility menu. The one with the white icon ejects normally.

I've tested the same drive(orange one) under Windows and it behaves perfectly normal. Safe removal works as expected. I've run some tests and everything appears to function as it should. So it only bothers me why is this difference on the mac. What does this orange icon represent anyway? Does it mean something?

Here are two photo-screenshots i snapped from one and then from the other drive: 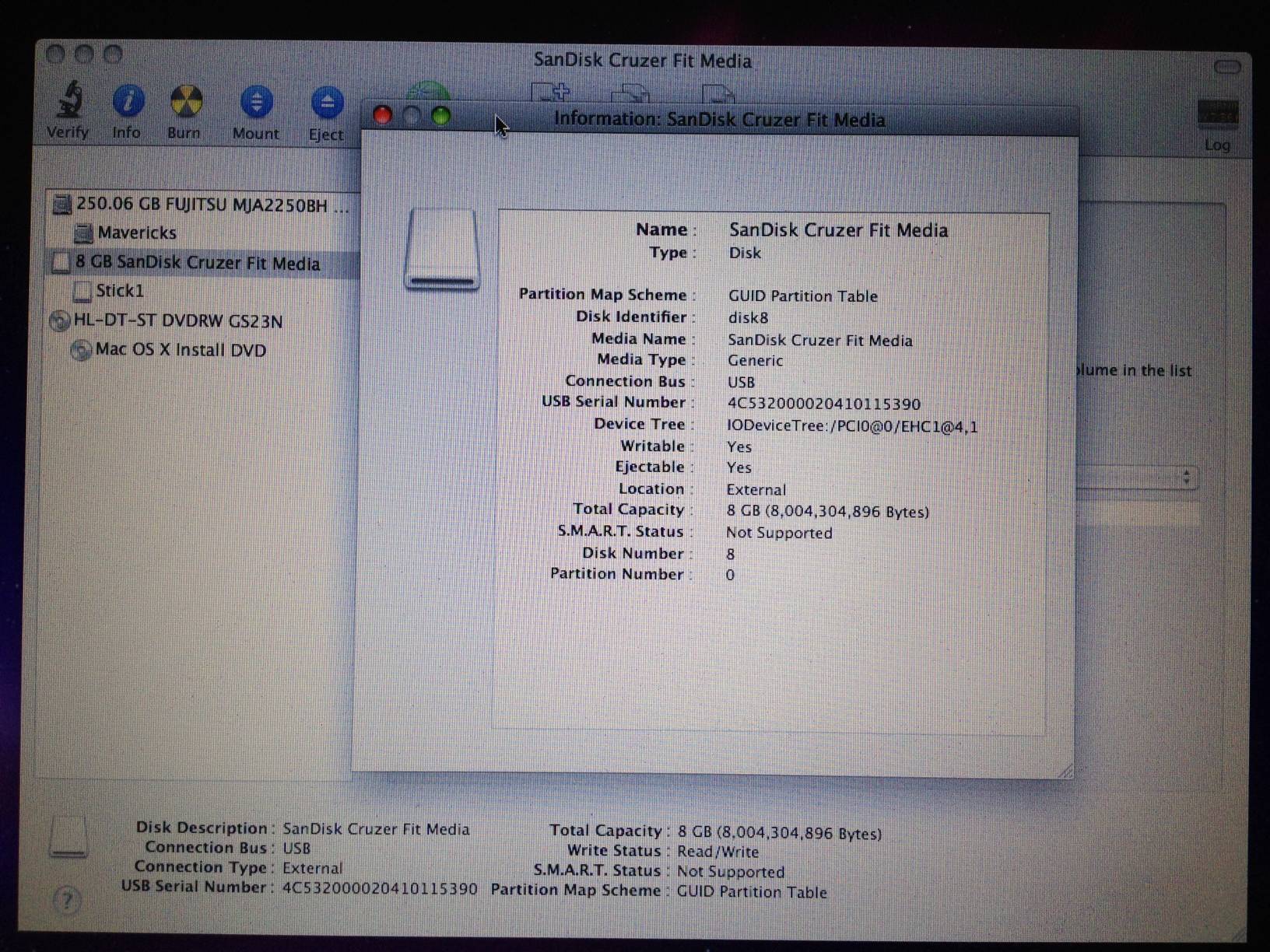 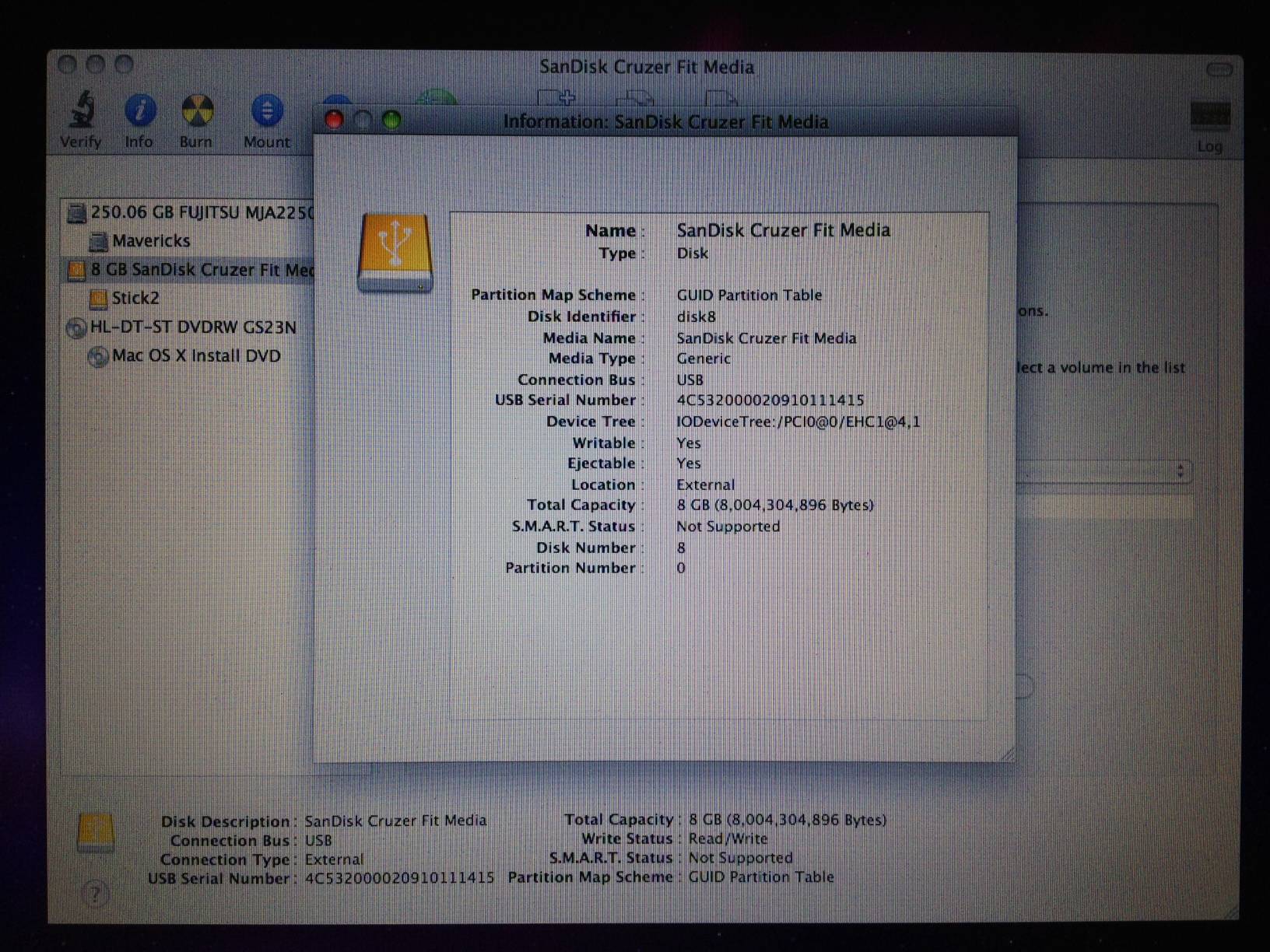 Accidentally I found out that I've kept the packings from these drives. And only now I see that the graphic design on the front is actually different. Which would indicate that these are from different series. I don't know which one is from which drive though! Anyhow, everything else seems pretty much the same. Here are some photos(the drive on the right is the "orange" drive. As for the packing, as I said, I don't know): 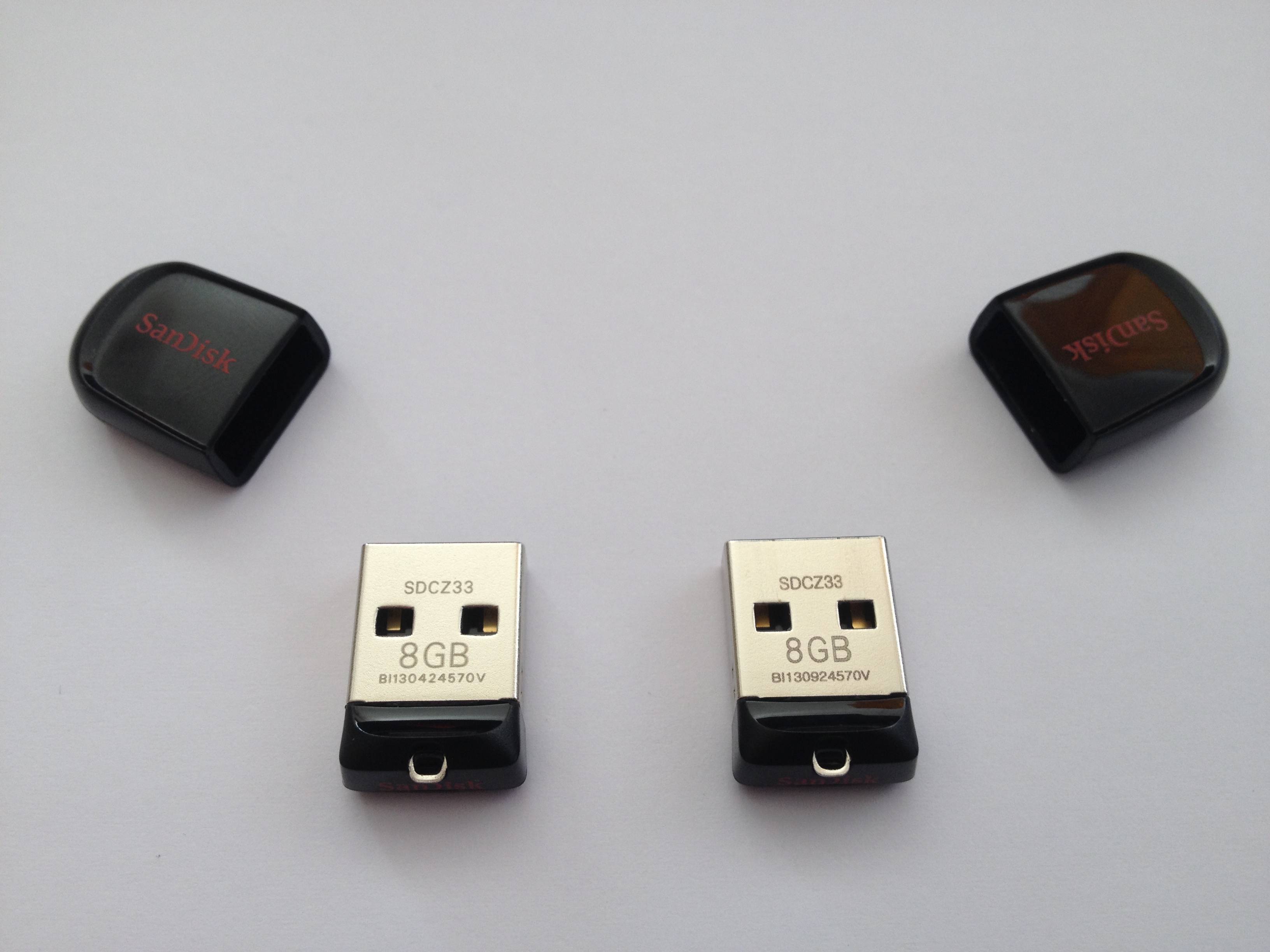 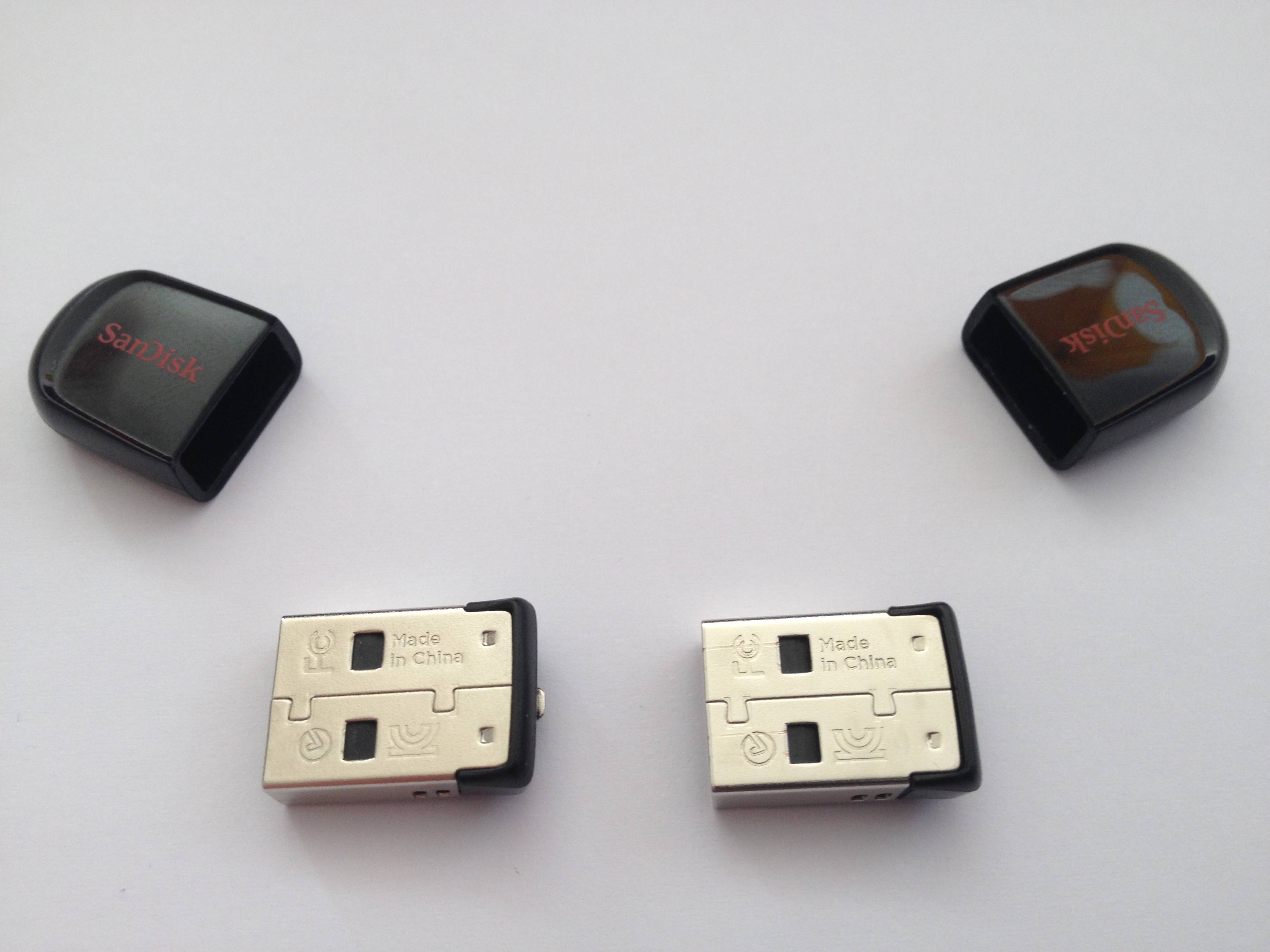 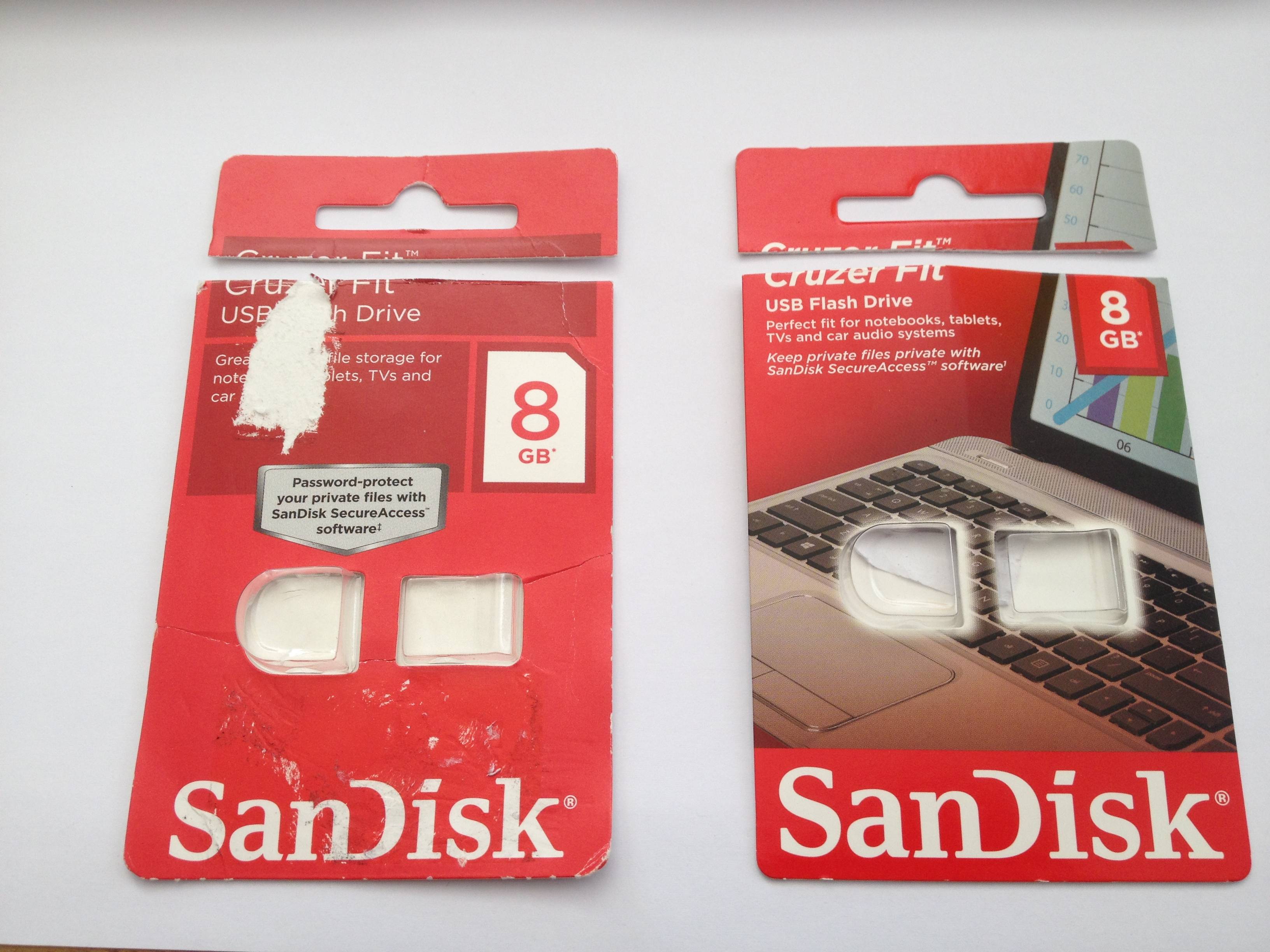 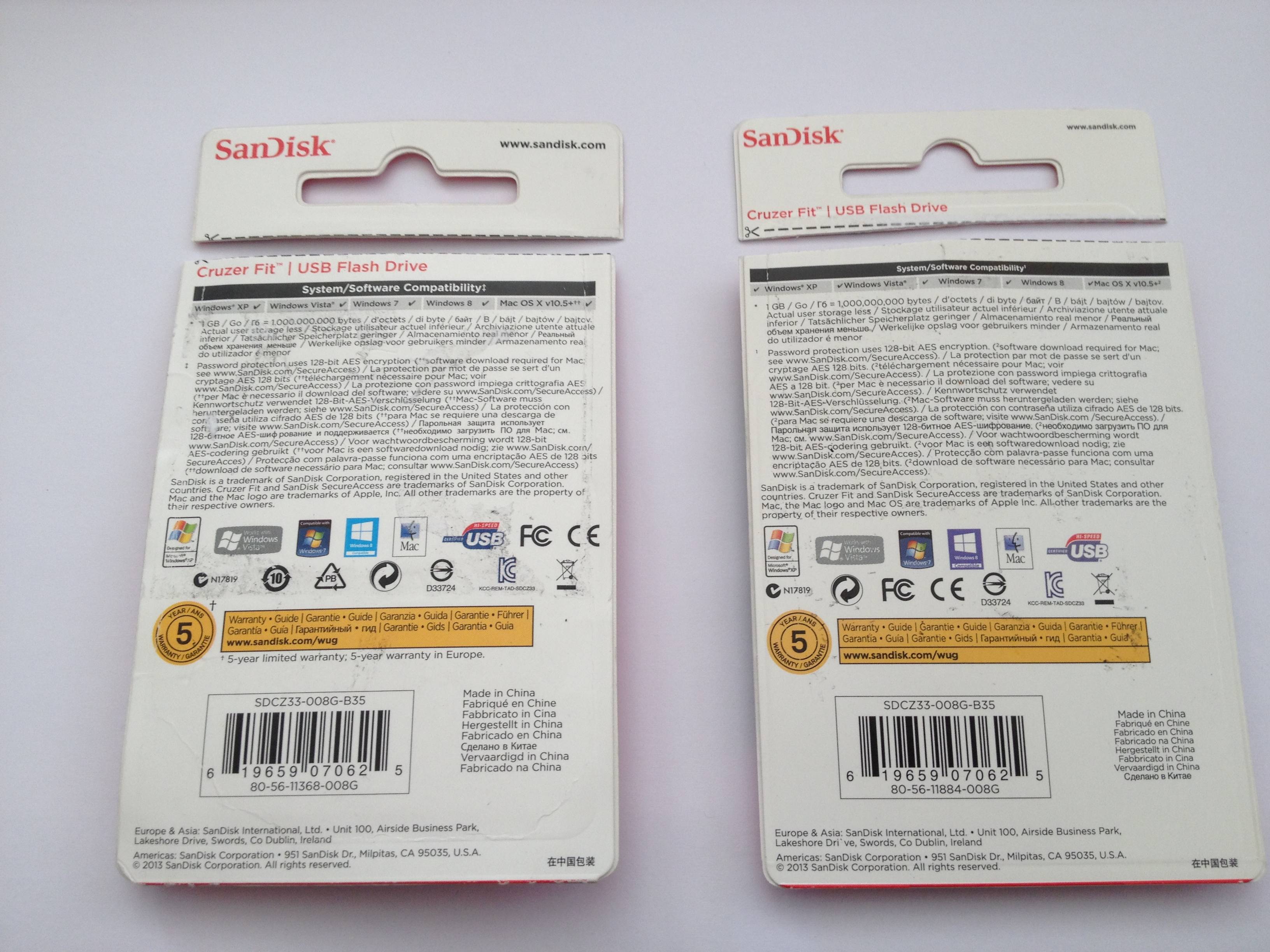 Both can be mounted andunmounted and will function almost identically.

As far as Mac OS and other Unix-like OSes are concerned, the difference is cosmetic except when trying to create bootable devices. Both are equally fast, both can still be unmounted or ejected.

Unfortunately there is no driver or utility that can fake those flags or change the controller on the drive to indicate that it is a fixed disk or removable disk, it is hard coded into the device's controller by the manufacturer.

Why did Sandisk and others do this? To expand on what @chirality stated:

If your flash drive was created after 2012, there is a high likelihood that it is a Windows 8 certified flash drive, which (according to this) means that it is listed as a "Fixed disk" in disk management, and that write caching is disabled by default. Windows 8 certified flash drives are designed to allow removal at ANY time without damage to the drive's contents. this was designed to support Windows-to-go's "resiliency and unintended removal feature":

The resiliency and unintended removal feature of Windows To Go automatically froze my computer screen upon removal of the drive, giving me 60 seconds to re-insert. If the Windows To Go drive is reinserted into the same port it was removed from, Windows will resume at the point where the drive was removed – without the loss of in process work or data. If the USB drive is not reinserted, or is reinserted into a different port, the host computer will turn off after 60 seconds.

Even more information is available in this Technet FAQ and this Microsoft blog post.

In mid-2013, SanDisk started producing their flash drives with some hardware/firmware flags that tell operating systems that they are, in fact, fixed or permanently-installed drives rather than removable drives. In Windows, this means that I cannot eject one of my Cruzer Fit drives.

I don't currently have a solution, but it would be fantastic if there was a driver that would just fake those couple of flags.

Not the answer you're looking for? Browse other questions tagged macos usb usb-flash-drive or ask your own question.

10
How do I make a bootable USB with Windows 8?
4
USB making tool for Windows detects flash drive as fixed, need to be seen as removable

7
“Need to format the USB Flash drive” message… can the data be recovered
4
Can I install Windows XP, Vista and 7 from the same USB flash drive?
1
can't eject one USB drive at at time: can only eject GROUPS of drives (Windows 7)