When I kill wininit.exe, Windows 7 suddenly shuts down. Can someone explain this using Windows mechanics?

This is correct. wininit.exe is flagged as critical. 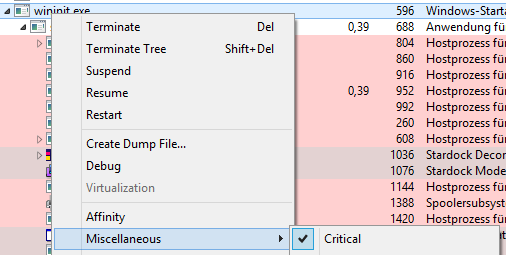 A post on groovypost.com explains the origin of winit.exe ("Windows Initialize") and that today it primarily acts as a launcher for the majority of the background applications that are always running.

Look at the screenshot in that blog post which explains that killing the wininit.exe process will also affect anything that was launched by that process: 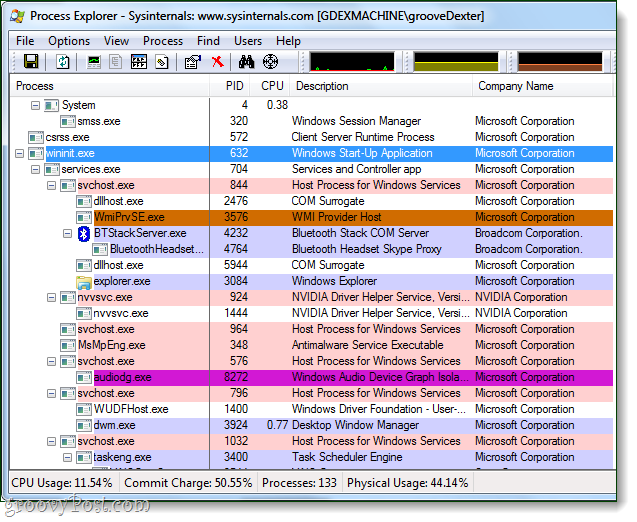 The wininit.exe process is the windows start up application which is found in the %systemroot%\system32 folder (in most systems, %systemroot% maps to C:\Windows).

Like the csrss.exe process, termination of the wininit.exe process will crash the machine with STOP Code 0xF4 (CRITICAL_OBJECT_TERMINATION) (but interestingly, suspending the process is possible).

Since wininit.exe is in the system32 folder, if wininit.exe is found outside of it's folder (in C:\Windows\ or in your application data folder), then it is most likely malicious.

Not the answer you're looking for? Browse other questions tagged windows kernel or ask your own question.

4
Killing the Windows Shell
1
internet explorer in Windows 7 shuts down when open and will not let operation
1
Computer shuts down when I logoff
5
Windows 8.1 Does not Sleep, but shuts down when lid is closed
14
Is it possible to autostart a VMware virtual machine in background as a Windows service, and shut it down elegantly when Windows shuts down?
0
"Permission Denied" when killing process
0
Windows 10 shuts down when sleeping or hibernating