Can I auto-rotate an image that contains mainly text? Maybe via OCR? The algorithm or whatever needs to scan the image and decide if it has to rotate it 90°, 180° or 270°

I want to include this feature into an existing PowerShell script, so command-line ability is mandatory. 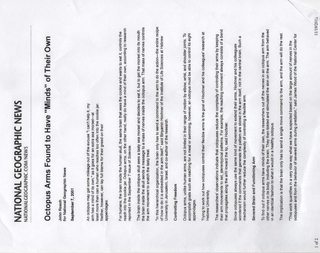 I have already read the following SO questions. But they rotate photos.
and I'm only trying to rotate pure text scans which have no EXIF metadata.

windows-7 command-line images
Share
Improve this question
edited May 23 '17 at 12:41

I currently do this with tesseract using the switches "-psm 0" which will detect orientation of the image.

Then I run ImageMagick to rotate the image to the correct orientation. It does work for most of the images, except for handwritten documents and photos.

A bit kludgy, but it is a lot faster than running OCR four times.

and it will be rotated 90 degrees and saved back as the same file name.

Not the most elegant way, but you could try to OCR in all four orientations and whichever one has the least amount of gibberish is the correct one. I did some quick searching, and I found a few references which discuss using such a technique, for example:

Phase two of document correction is the contextual auto-rotate. Using a full-page OCR read at several orientations the software can determine at which orientation the quality of the read is best. This is the most accurate way to rotate a document. Documents with little text, or text at various angles are the only risky documents. In these cases, the software chooses the orientation of the MOST readable text.

Not the answer you're looking for? Browse other questions tagged windows-7 command-line images or ask your own question.

1
Rotate image with open office 3.2
5
Command-line OCR in Windows 7
5
Convert image to uncompressed PNG from the command-line
0
Image format for scanned documents
0
Download best image or media from website on command line
1
How do I rotate an image clockwise using the Windows command line?
1
Add text via command line inkscape
1
Is Microsoft Photo Viewer manipulating my digital camera photos on import from camera?
1
Transform image with imagemagick via command line?