Linux kernel doesn't load removable device with system on it

I'm having issue with booting into my Fedora 19. First of all I have to mention that I "extracted" that system from virtual disk (simply DD the content of root and boot partition on physical disk), so there are plenty of things that could go wrong, but this appears not to be related problem. I've used live Ubuntu distribution to chroot into my Fedora system, used grub2-install and grub2-mkconfig to repair any grub errors that might appear, and it did work. Grub could find all kernels in boot partition and load it up, but then the problem appeared.

I'll use few pictures to demonstrate my situation. This is the error I get when booting into fedora. 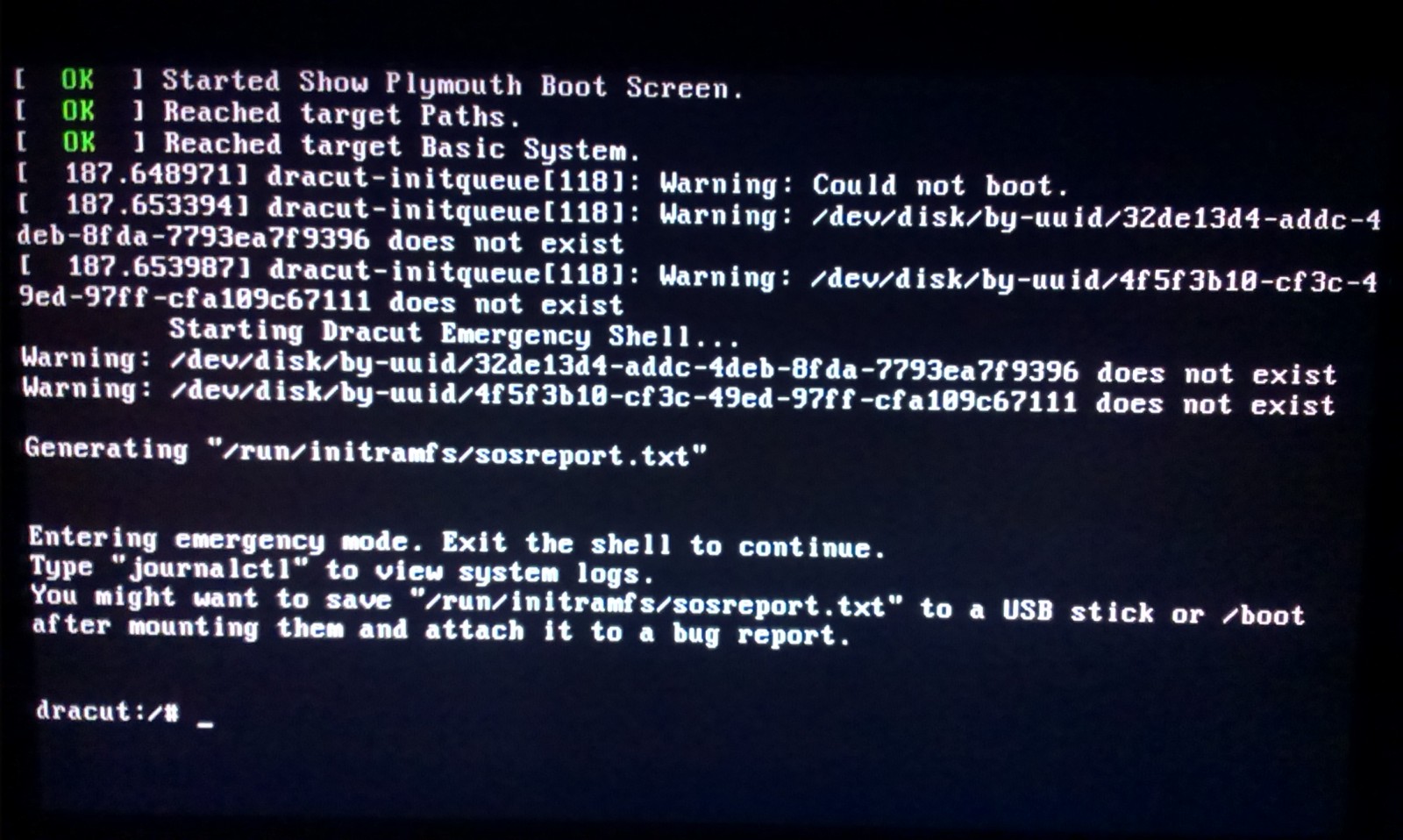 Now this is true, as blkid in dracut shell gives this. Those are my partitions on SATA HDD in notebook, normally referenced as sda, but I had another 2 USB devices plugged in, having system on one of them. The device with system is usually sdb and has both root and boot partition on it, so while grub must have known about it, it doesn't show up in this stage and it appears to me as kernel wasn't able to load them. 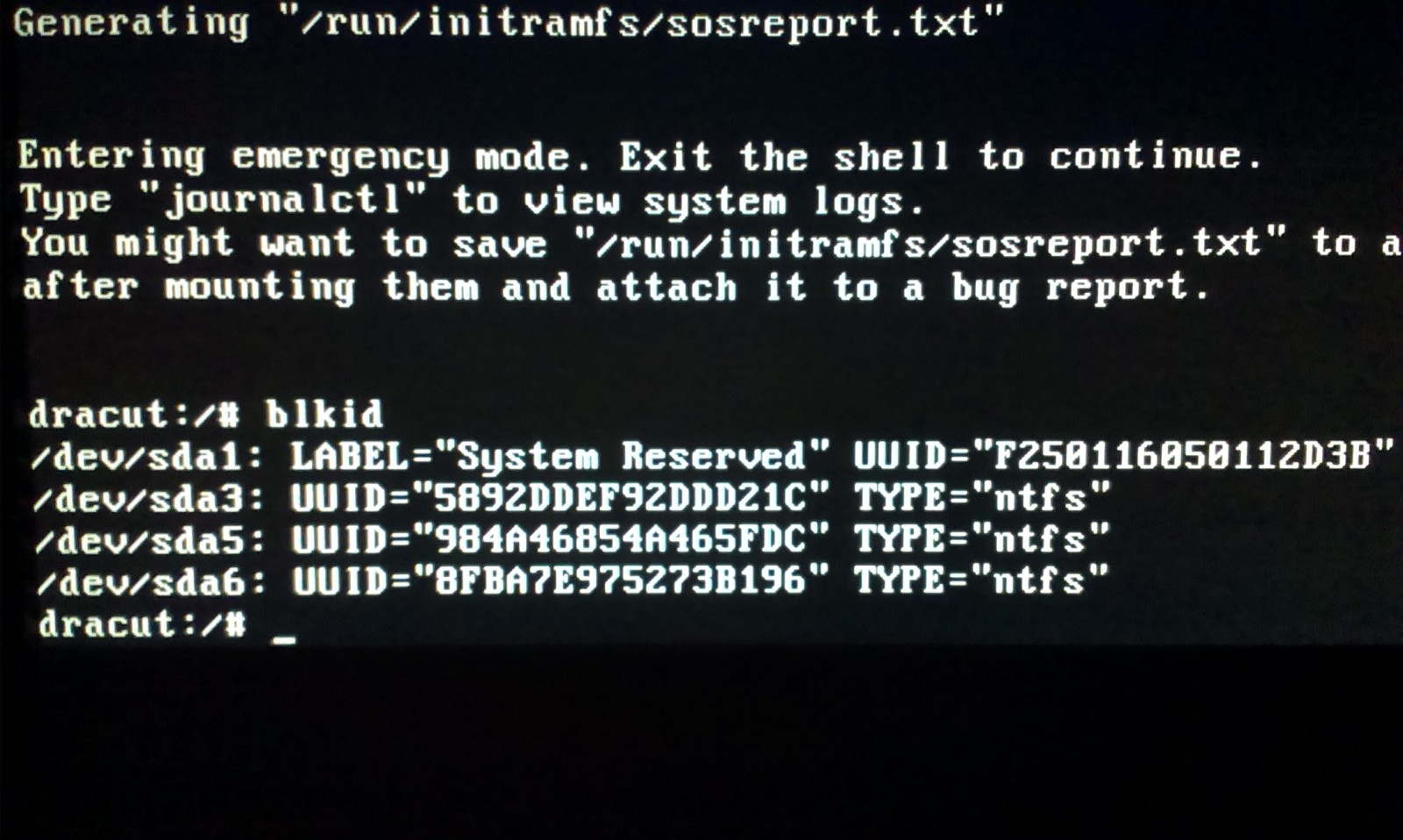 To support the fact that those partitions really exist and are in good state, I ran live Ubuntu and called blkid from there. And here the partitions that are missing during booting popped up. 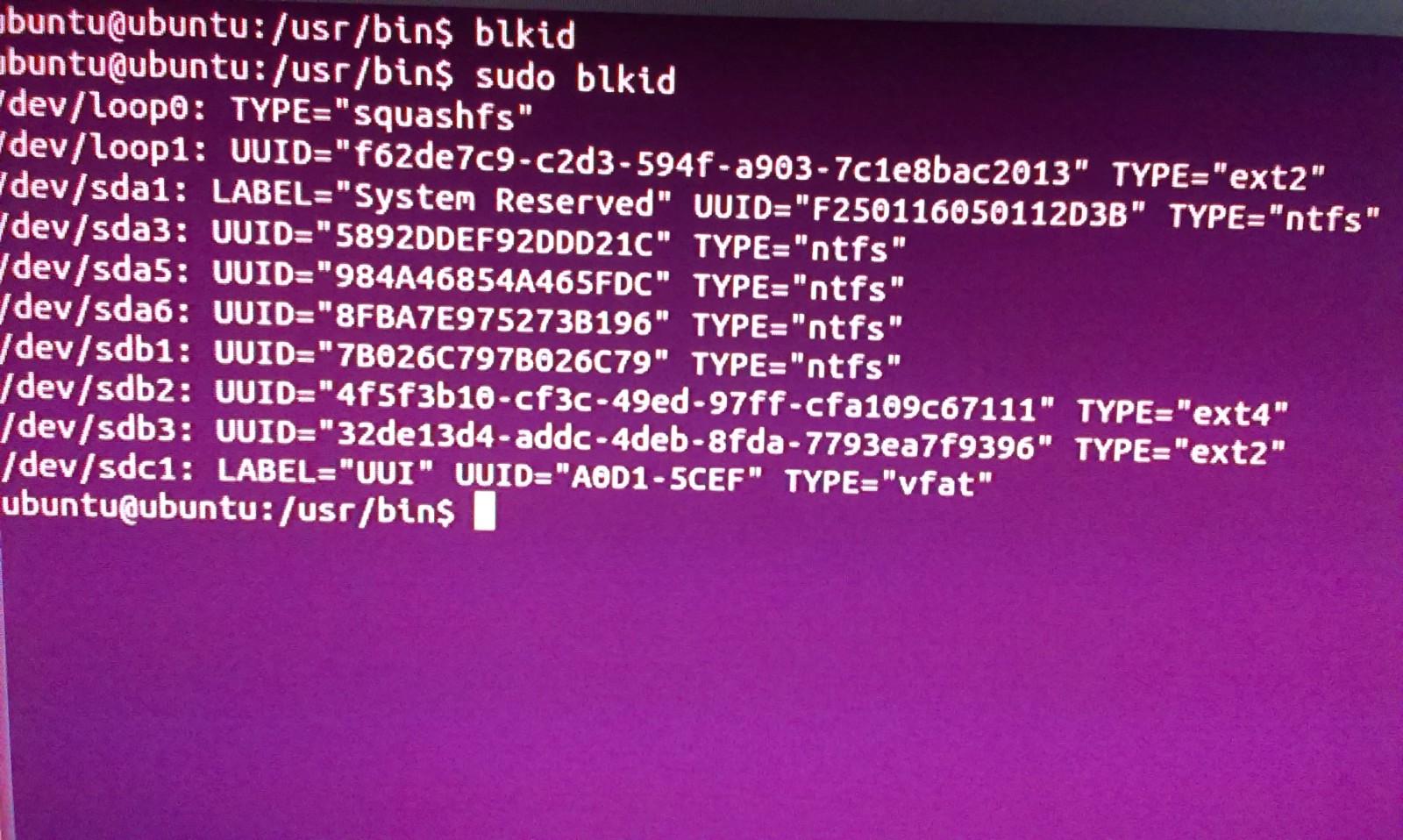 So my question is, what could be possibly wrong with that Fedora and how to fix that? As I said I can chroot from Ubuntu so I can configure anything, if needed. Also, this problems appear only when I boot the "full" kernel. There's also option in grub to boot into rescue mode that works just fine and I can see my data in home folder (which is the same partition as root) there. I also include this information that describes my hardware configuration.

Solved by upgrading fedora 19 to 20 through live environment. It may be the case that fedora configured differently when installed inside virtual box and that information persisted somewhere. This upgrade has kept most of the data and programs intact, therefore for someone with such option it can be "good enough" solution.

Go into fstab and mtab and update the UUID. Your screen capture shows that the new and old have different UUID.

Not the answer you're looking for? Browse other questions tagged linux boot fedora grub usb-storage or ask your own question.