I am having an issue with this lenovo thinkpad carbon x1, It's about 3 months old. With normal use, It all of the sudden goes into a black screen saying 2100: Detection error on HDD0 (Main HDD) Press Esc to continue. The first time that it kept doing this, I just replaced the SSD it had with a new one since for some reason I wasnt able to boot it up. After I replaced it with a new one, It worked for some time, then all of the sudden i get the exact same screen again. Does anybody know what this error could be? when i press Esc, It takes me to another screen where it shows the hard drives and the only one that appears is my external HDD. I did a memory test and it passed so i doubt it could be RAM related. please help

On the ThinkPad twist the ls-8672p the connector between the HDD and motherboard I have found to be a cause for concern after having 3 weeks of trouble with a customer who was receiving the HDD error on boot. I replaced the HDD with SSD and problem went away, only to return again a day later.

Upon removal of the integrated caching drive with no joy, I took a look at the connector between the HDD and mobo and realized it was corroded on most the contacts (dull appearance). I used contact cleaner on both connections.

GO INTO BIOS FIRST AND DISABLE BATTERY BEFORE DISASSEMBLING, and unplug the battery once inside. The connector looks like an L shape and has 1 screw securing it to the chassis.

Once I cleaned it problem was solved, turns out the motherboard isn't the issue, it's all to do with a bad connection. To test my theory you could put some pressure on the angled plastic below the right control key while booting and most times the unit will boot, then lock up when you release pressure, it just needs a good cleaning on those contacts.

An example of the ls-8672p connector so you know what you're looking for: 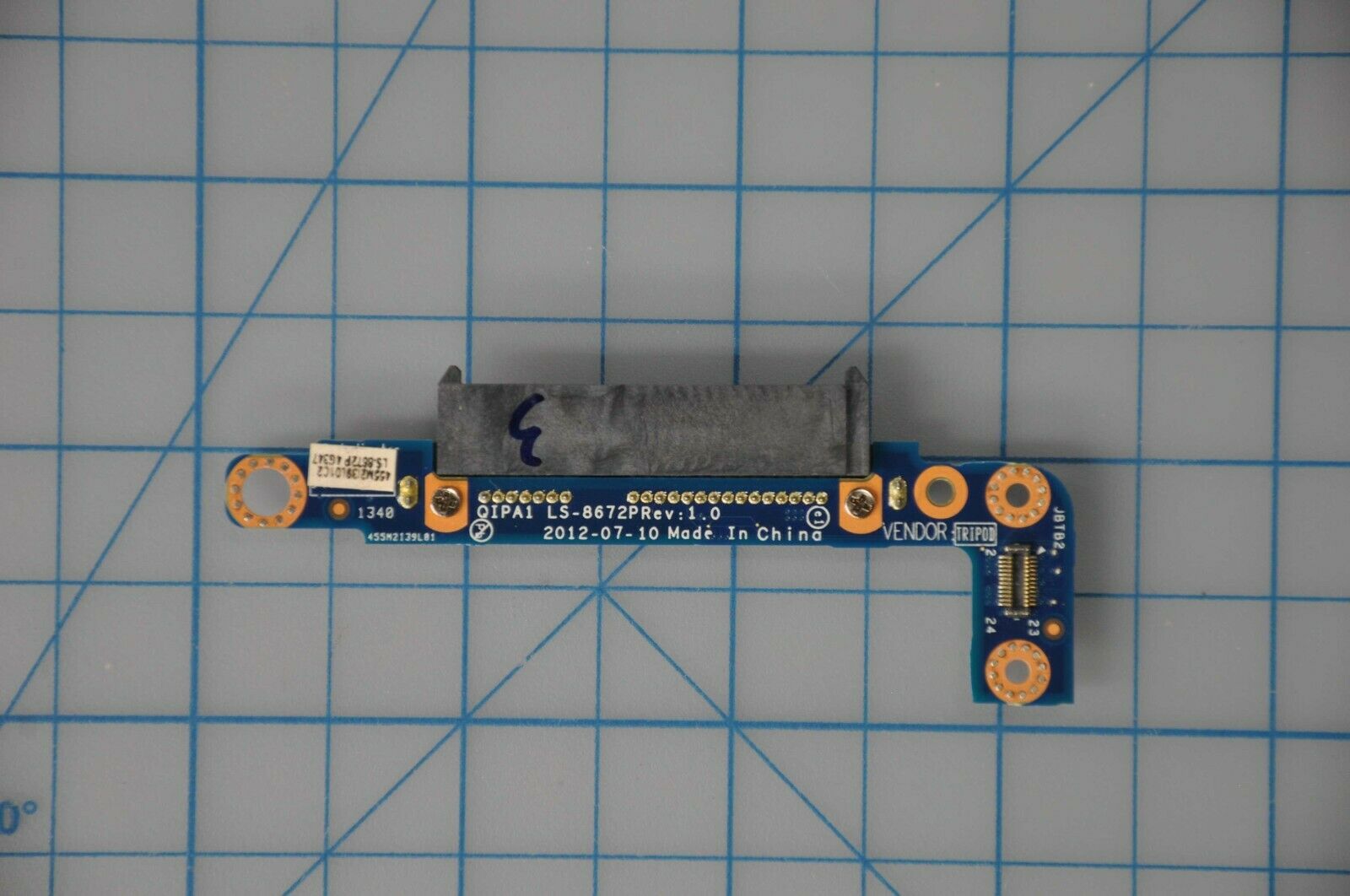 Well, Stuart's solution this has solved my problem too! I've had issues with the SSD intermittently hanging and disappearing altogether for months. Replacing the drive made no difference. Lenovo support dispatched a technician who replaced not only the system board but also the SSD (technically a second time since I replaced the SSD once already). Still, the same unfortunate problem came back a few days later. Rather than send the laptop to Lenovo for weeks to undergo repair I decided to look around and came across your post. I wouldn't checked inside to see that the system board has a bracket to connect the fixed storage device.

After scrubbing the contacts on both sides of the bracket and also on the system board using 99% isopropyl, I put everything back together, and to my amazement, there is absolutely no more disk errors/timeouts/detection issues. Such an easy fix! Lenovo should include this step when replacing any system board when the problem is an HDD0 detection error.

Thanks for all your feedback. I still don't know what is wrong and I may never know what is wrong with the laptop. Anyways, after sending it out TWICE and having the SSD and motherboard replaced TWICE, the problem still persists. This last time that i got it back, I just turned it on and let it sit there for a couple of days. when I returned to the laptop, the exact same error message was there. This is the last time I will deal with it. I will be sending it in a 3rd time to get a refund. The thing that bothers me is that I ordered the same model laptop for another staff member here at work and it just works perfectly. Lenovo is great and I could always rely on their products, but this was one huge disappointment. My theory is that there might have been a weird imperfection to the laptop case which causes something to short internally. That is about the best I could come up with.... well besides Lenovo just playing a huge prank on me and installing defective hardware.. Anyways. thank you all for your time. goodluck to those struggling with the same problem. try not to throw it out a window.

Not the answer you're looking for? Browse other questions tagged hard-drive ssd thinkpad or ask your own question.