Where did the volume control options go in Windows 7?

XP's sndvol32 sound mixer used to feature individual volume controls such as Wave, SW Synth and CD Player, PC Speaker or PCM SPDIF among others. These could be set hidden or visible under it's menu Options / properties / (device) / playback . 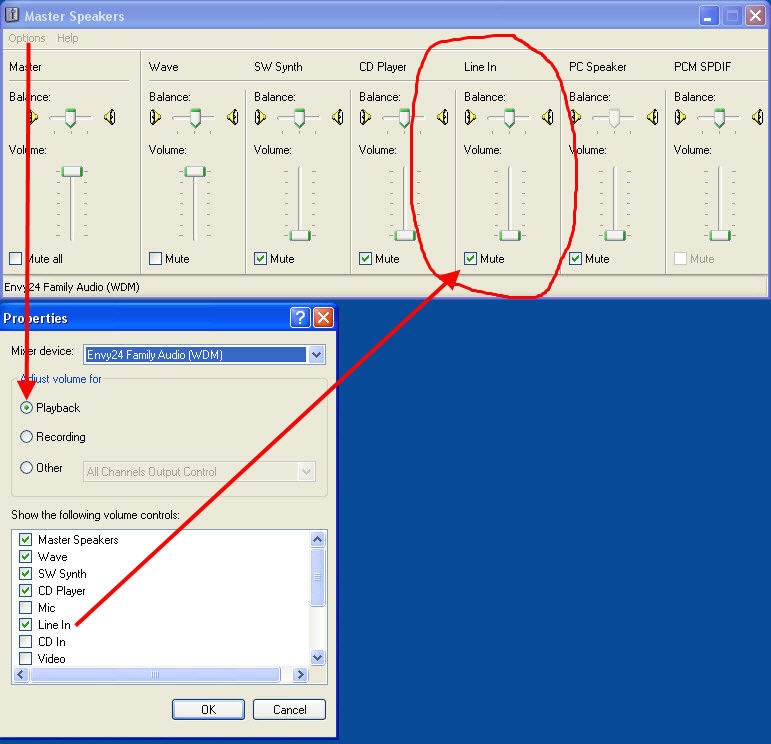 With Windows 7's sndvol now it looks like this, with no menu, no options, no properties, no such volume controls: 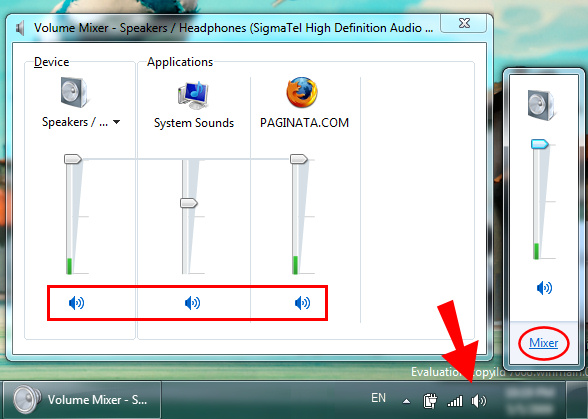 edit 1( I tried to check under control panel / sound, there is a tab for 'playback' and one for 'recording', among others, which seem to happen to named like XP's options/properties checkboxes. But the other volume controls are missing, with only Speaker and Headphones available in the playback list, either which didn't seem to correspond to the "Wave" control anyway. )edit 1

I cannot find a way to add the missing controls. and enabled hidden devices, but couldn't find these controls. Maybe I've just missed something. Most of them did not used to be any special, they were handled by the general drivers/OS.

Where did those previous controls go and how can I set them?

In your Windows 7 screenshot, there is a downwards arrow next to 'Speakers'. Click on that and there should be options for different output devices or input devices. I am not sure if this is what you specifically want, but this should show every input/output it is using.

Right click on the speaker button in the taskbar (the one you painted big red arrow for). Select Recording devices. Enable hidden, select one and click the Properties button.

Now, in recording device properties, go to Listen tab. This is different from WindowsXP. Check "Listen to device" and Apply.

Some of those extra volume controls appear on the "Levels" tab of "Playback device" "Properties". But only after installing proper drivers; Realtek drivers in my case: 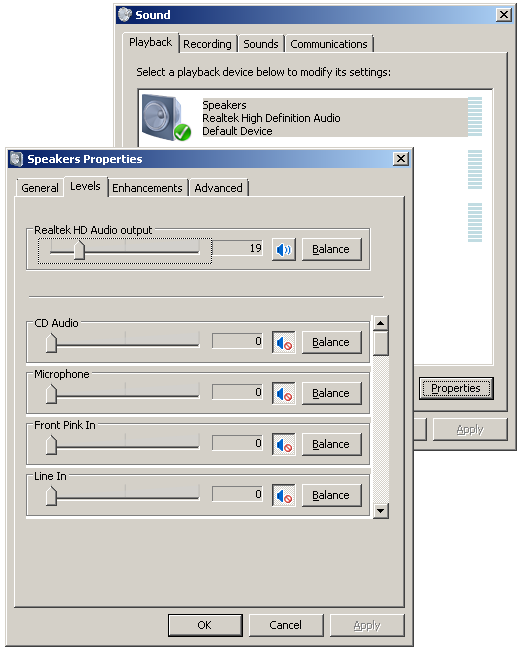 And yes, I needed those controls to get rid of "CD Audio" noise.

Not the answer you're looking for?Browse other questions tagged windows-7 audio volume-mixer mixer feature-regression or ask your own question.

3
Why is my mic so quiet in Ubuntu?
1
How to enable hearing my Microphone thorugh my speakers in Vista?
19
Per-application audio control that works in Windows 7 64 Bit
2
How can I set the CD audio volume in Linux?
0
Windows XP: No audio, no master volume available or disabled, device and driver shows okay
0
Windows 7 increases volume randomly
4
Sound card doesn't work with Intel S2600CW server motherboard
0
How to control Creative audio card from Windows mixer?