How can I tell how healthy my PSU is?

Simple enough question, I have a hunch that my PSU isn't powerful enough based on a couple of clues:

But the above is all anecdotal, do any tools exist which can tell me in more detail about my PSU's status/health?

The best way to figure out if your PSU is not supplying the correct/enough juice would be to purchase a PSU tester. Great tool to have on hand. 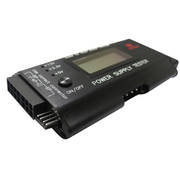 What is the current power output (in Watts) listed on your PSU? If you list your hardware in your post I could figure out how much power is being consumed (roughly).

Or you can visit http://extreme.outervision.com/psucalculatorlite.jsp and get a rough average estimate yourself.

One of your screen flickering might be due to the monitor itself, the connection from the monitor to the dvi/vga/hdmi slot, it could be due to bad drivers, or a faulty video card.

I've seen problems with cell phones not getting the "correct power" due to multiple reason, OEM chargers, different USB version (1.x, 2.0, 3.0, etc) so it's hard to say really. 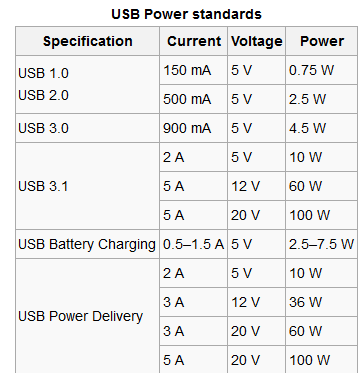 There are many benchmarking and stress testing software tools that could be used to get the CPU and GPU working as hard as it would ever work, possibly working harder, and using more power than your computer would ever in its life.
With these benches and stress tool or combinations of, you could test your system to see if the PSU can hold up under the load.
As pointed out by n.1 in the comments, these stress tests can also crash a system that would work normally, even without the PSU having anything to do with it. Because of that some effort and understanding of what the stress test does and is doing, and how you apply it would be important.

Disclaimer: understand before doing any of this.
With an overclock testing tool like OCCT, it provides for a capability to beat on the CPU and GPU at the same time, flooding both with work to do, and raising your power consumption while the test is running. OCCT (and similar) is one way to test a (usually) fully operational system using lots of power from the PSU.

I have used Benching combinations to accomplish the same thing. run furmark, and "prime" at the same time, combinations of benching programs, to cause the whole system to have to work as hard as possible. When the system is fully functional (again).
Used seperated there are many benching and testing program/utilities out there that stress the heck out of specific aspects of the components.
Prime (and similar) with small will stress ram, prime with large will stress cpu (more than ram).
Furmark (and similar) with render will stress the gpu, furmark with artifact testing will stress the video ram.

All of the above methods can be harsh on the whole system and system cooling (cpu, ram, gpu and its ram) must be observed when using them, so to be used with great caution and awareness. Doing that on a laptop, when a laptop was not designed to cope with it could be a very bad idea. Applying a voltmeter or volt reading software at the same time as running any of it, checking the PSU fans, and heat comming out, for seeing if it was coping.

Screen flicker could be simple V-sync issues, changes in clocking of the video ram (when gpu is stepping), and even a lcd screen that is blipping. I have presented ways to use power like the title says, but it is less likely to solve or even be the problems stated. To test for v-ram clocking flicker lock your gpu clock to a single speed (even a low one), and test again.

USB charge: When possible I always concider the costs of the Whole computer, vrses the cost of a good (even expencive oem) charger that runs seperated from the wall socket. Unless required to connect I prefer to setup some charge method for portable devices that does not require the $$$ computer. My motherboard even has "charger" ports & software for boosting specific ports, I still prefer to charge seperated.

When assembling a system with a high power GPU, it can be very usefull to understand the "rails" (seperated curcuits) of the 12V if it is not single rail, to distribute the seperated curcuit power as wisely as possible. see Ntoskml comment about finding good info online , and breakdowns on the rail system for your PSU , or understanding the connection layout better via the manuel or data provided on the PSU, before connecting.

Screen flickering can indeed be caused by a GPU that's not receiving enough power, but then it'll also crash your entire computer (it'll freeze, display a black screen or even reboot), so your issue isn't a PSU problem.

If your monitor is connected via a VGA cable I would look for loose connections or interference (because VGA is analog, a loose connection can produce strange effects like screen flickering, missing colors, etc... whereas a digital DVI or HDMI connections would just show a black screen).

You mention that only one of your screens flickers, this may also mean that the problem is that screen.

For the USB charging, it's because USB used to only allow a maximum current of 500 mA, but phones and tablets usually require more (1 or 2 A). Nowadays motherboards can deliver much more current over their USB ports, but for safety all mobile devices don't exceed those 500 mA unless they get a signal from the port saying that they can take more current.

In a normal mobile charger it's usually just a resistor between the data pins, but on a computer a special software is needed to send a signal to the mobile device telling it that it can charge.

Most modern motherboards include a small software (I remember installing Ai Charger for my ASUS motherboard) that takes care of all this, so check your motherboard's drivers for such software, I think it may also be embedded in the USB controller's or chipset's drivers so install these ones as well. You may also try to install any drivers that came with your phone.

And as mentionned above, if the PSU was the problem then if would mean that its +5V rail is unstable and it'll crash the entire system since almost everything on your motherboard (network controller, SATA controller, etc...) depends on it.

But if you still want to test your PSU then you can try OCCT's Power Supply test which will start a CPU Linpack benchmark and a GPU benchmark in parallel, and that should maximize your system's power consumption, and it also generates graphs of the values returned by the various temperature and voltage sensors that your system has, you can look at them and see if everything's right.

Note that you should not attempt this test if you have a "no-name"/low-end chinese PSU, here's the kind of results that you can expect if you still attempt it.

0
Convert computer PSU to 24VAC PSU?
5
How can I check if my system needs more PSU power?
1
What can I replace a Dell T5500 PSU with?
0
About PSU calculator
0
Can 20pin PSU cause usb stick corruption
0
Can a PSU break a Graphic Card?
2
Can I replace my 4U server PSU with a desktop PSU?
0
What can I connect to PC PSU output?
1
Computer hard shutdown and won't let me restart tell cycle the PSU