In how far is the Ampere number important for USB powered devices?

Currently, I have three devices that can be charged via USB:

They have three different chargers: 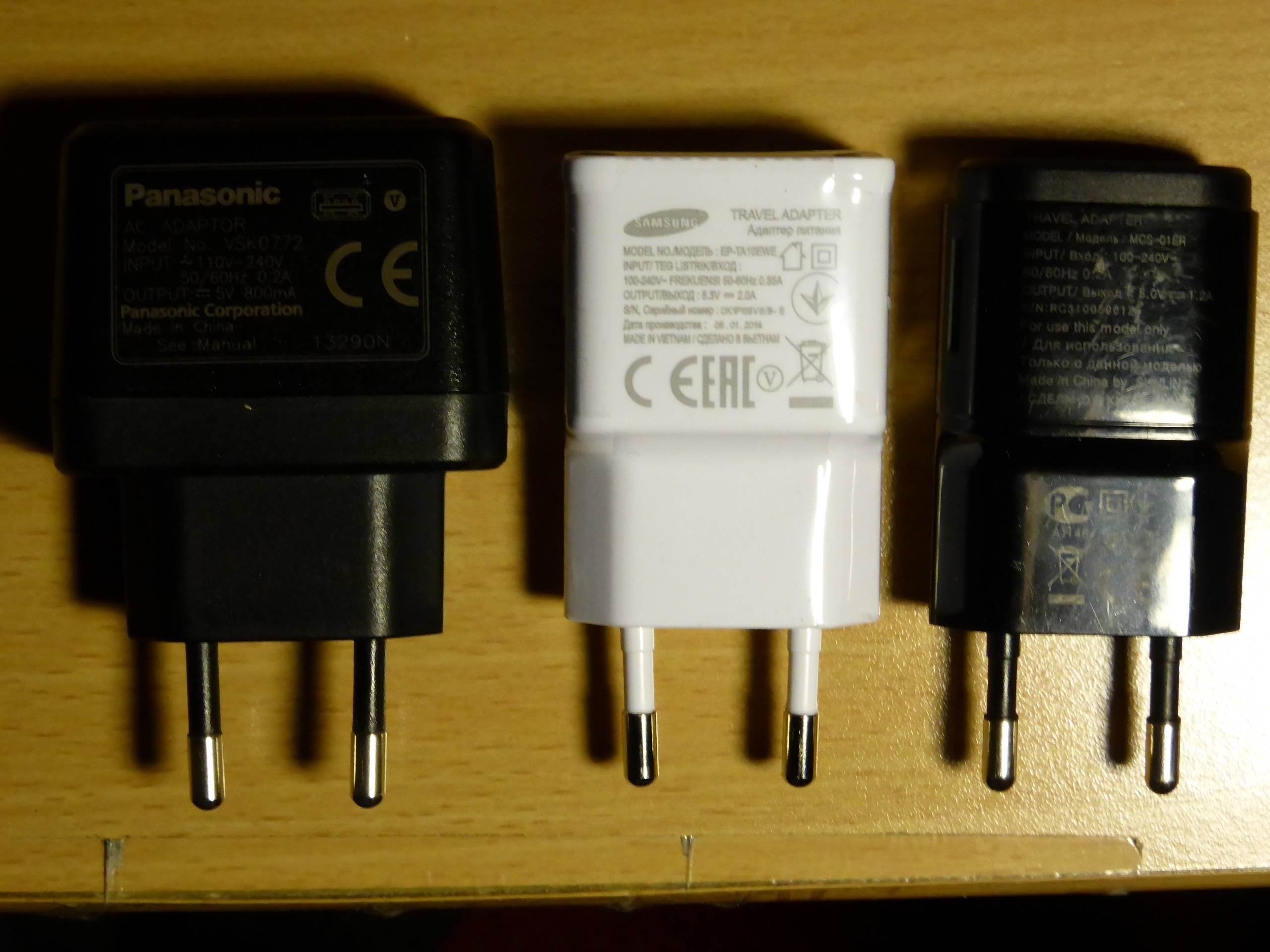 The output of the three differs:

I have heard that the tablet recognizes when the charger is not a Samsung charger. How could it do that? Is there a chip inside the Samsung adapter that sends information while loading?

With all 3 chargers, the voltage ranges of 5, 5.3 and 5 are all pretty close to each other and I would not worry too much about that. Think of electricity like this

The­ three most basic units in electricity are

A neat analogy to help understand these terms is a system of plumbing pipes.

There is a basic equation in electrical engineering that states how the three terms relate. It says that the current is equal to the voltage divided by the resistance. Let's see how this relation applies to the plumbing system. Let's say you have a tank of pressurized water connected to a hose that you are using to water the garden. What happens if you increase the pressure in the tank? You probably can guess that this makes more water come out of the hose. The same is true of an electrical system: Increasing the voltage will make more current flow. Let's say you increase the diameter of the hose and all of the fittings to the tank. You probably guessed that this also makes more water come out of the hose. This is like decreasing the resistance in an electrical system, which increases the current flow. Electrical power is measured in watts. In an electrical system power (P) is equal to the voltage multiplied by the current.

So, with your higher amperage (current) adapters, devices will charge quicker because it allows the 5vdc to flow faster than your .8 amp charger.

Your tablet knows if it is connected to the right adapter because it can detect the volts/amps being supplied via the USB cable. If you do not supply the correct voltage/amps to the device, it is detected by the power subsystem on the device itself and then you get a warning message saying that the charger might not be compatabile with the device.

You should not use a single adapter to load multiple devices unless it is specifically meant to perform that function. An example would be a DC converter in your car that has multiple USB ports, that would be fine to use. Unless the power adapter has the ability to charge more than one device, don't do it.

Not the answer you're looking for? Browse other questions tagged usb tablet smartphone or ask your own question.