I have successfully installed Windows Vista 32-bit in a VM with VirtualBox. Now I'm trying to do the same with Windows Vista 64-bit and it just isn't working. I have created the VM but it seems that it won't boot off of the 64-bit Vista ISO image. It spits out this boot manager error. 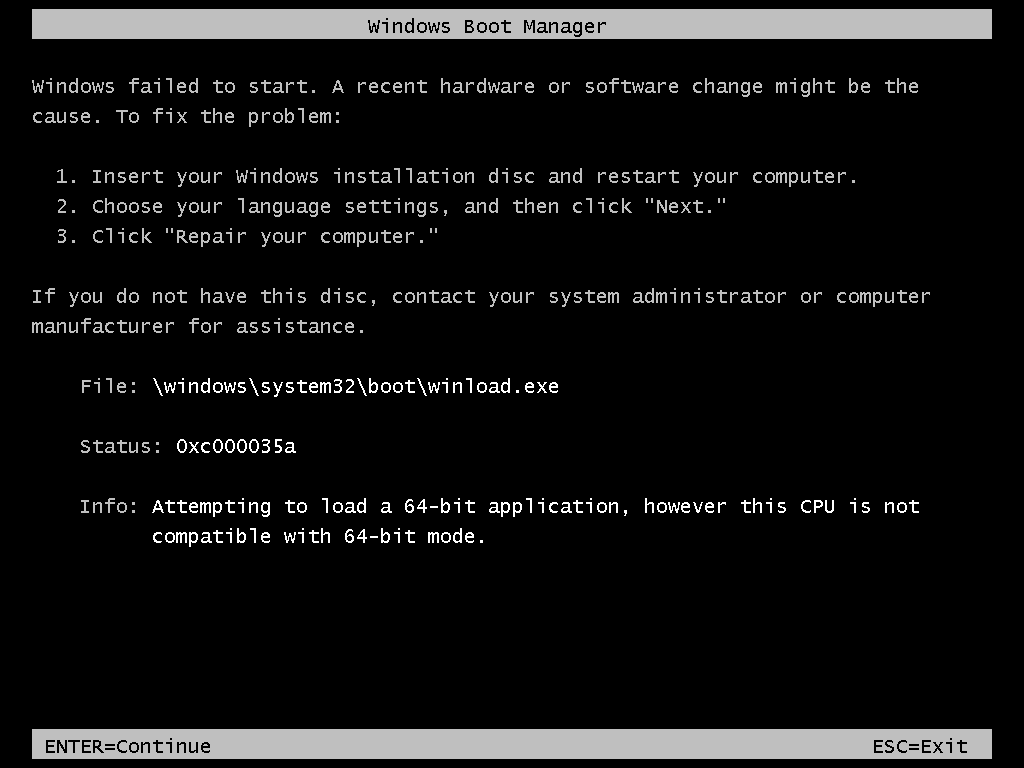 The host OS is Windows 7 64-bit on a 64-bit Intel Core 2 Duo processor. Now, I have done the same thing and installed the same VirtualBox version on another computer, also running Windows 7 64-bit, created the VM, and then... during the VM setup process I noticed that it had additional options to choose from when I pick the guest Os. Here's a screenshot. 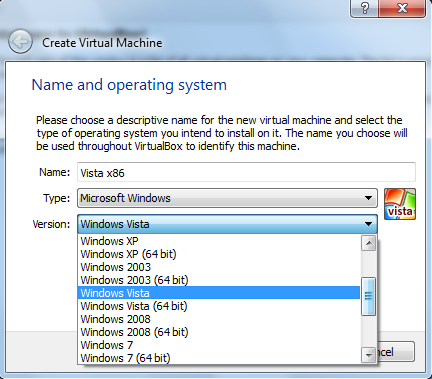 You can see those options in-between where it says 64-bit, I don't have those options on that other computer. Now, this one runs an Intel Core 2 Quad, a higher end model. It supports Intel virtualization technology, while the other one does not.

This is what the same dialog looks like on the Core 2 Duo computer. Here's a screenshot. 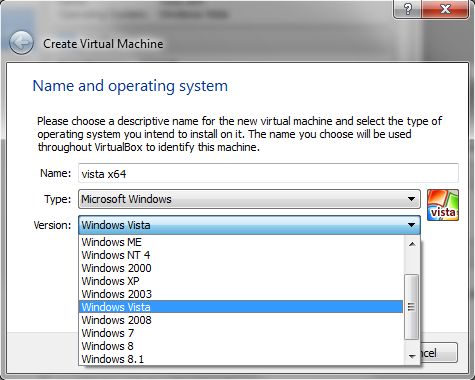 Could this be the reason why? Does that mean that you can't emulate a 64-bit Windows guest OS at all with VirtualBox, unless your processor supports Intel virtualization technology? I understand that this technology makes things much faster, but not letting you emulate that OS at all... that's a bit extreme, no?

If so, what do you suggest I use instead?

VirtualBox's 64-bit guest support (added with version 2.0) and multiprocessing (SMP, added with version 3.0) both require hardware virtualization to be enabled. (This is not much of a limitation since the vast majority of today's 64-bit and multicore CPUs ship with hardware virtualization anyway; the exceptions to this rule are e.g. older Intel Celeron and AMD Opteron CPUs.)

Thus, you need a processor that supports VT-x or AMD-V to use 64-bit guests with VirtualBox. However, QEMU, Bochs and VMWare Player all support 64-bit guests without hardware virtualization support (at least according to this page).

The reason was mentioned in Wikipedia (emphasis mine):

The initial version of x86-64 (AMD64) did not allow for a software-only full virtualization due to the lack of segmentation support in long mode, which made the protection of the hypervisor's memory impossible, in particular, the protection of the trap handler that runs in the guest kernel address space.

How do we protect the VMM?

Intel CPUs require EM64T and VT support in the chip and in the BIOS to run 64-bit virtual machines. This article helps you ensure your processor is VT-capable, and it also instructs you on how to enable this feature
http://kb.vmware.com/selfservice/microsites/search.do?language=en_US&cmd=displayKC&externalId=1003944

The only way in this case is using an emulator like QEMU or Bochs, or a paravirtualization software like Xen.