Is there a way to install the Mobile Emulation tools in Chrome?

Google removed the emulation tools from Chrome, and it's now achievable in Chrome Canary, which I don't want to install.

Is there a way to get it in the regular installation of Chrome I have on my computer?

Then on the bottom tab, pick "emulation" and the device from the dropdown: 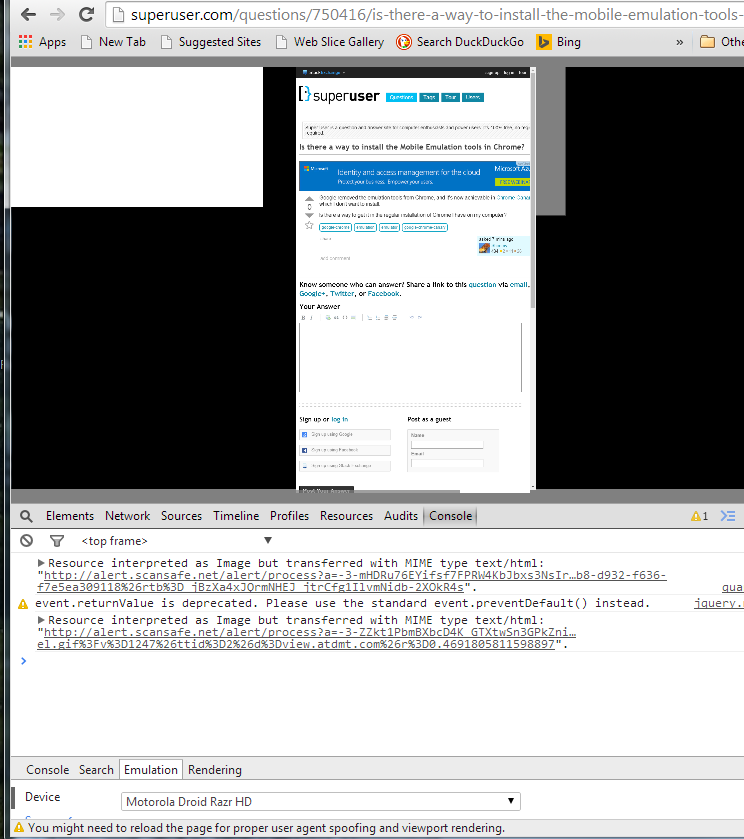 It is still available on your Chrome and is not removed from the Google Chrome, you can go to the following link to understand more about it.

As the above page describes that these tools are still present in regular Google Chrome. But the only thing is that, Regular Chrome isn't meant for Developers. It is for general usage, that's why the DevTools won't be as much powerfull as they might be on the Chrome Canary.

Here is the reason for that: (A qoute from the site)

Note: Some of our documentation may be ahead of the stable version of Chrome. If you are unable to locate a feature listed, we recommend trying Chrome Canary which contains the latest version of the DevTools.

Now I think you would understand that these tools are meant for Developers since general public won't need them. So they don't bother adding these features to the browser for public.

They create a seperate Browser meant for Developers and provide these tools in that.

Not the answer you're looking for? Browse other questions tagged google-chrome emulation emulator google-chrome-canary or ask your own question.