taskmgr.exe called with an argument by Windows 7

I noticed when I press Ctrl+Alt+Del and click Task Manager, Windows calls taskmgr.exe /3 as the command. Several websites claim the Task Manager has no command line arguments.

Why does Windows attach this argument?

Apparently it's not a documented behavior. I did some tests, and noted my findings:

If I had to make an educated guess, I'd say that the numeric parameter was meant to be an internal startup indicator, possibly used for debugging purposes and then left behind.

Just because a command is sent, does not mean that a program accepts those arguments, or any.

I called taskmanager with my own odd command and the behavoir did not change:

From a basic programming stand point, any application is going to have a main method of some sort where arguments can be passed in. For example a basic Windows Form C# application looks something like:

If I pass some funny arguments in, nothing happens with the application, but Process Explorer will catch and display them.

If I explicitly decide to handle them however, you will get interaction from the command. 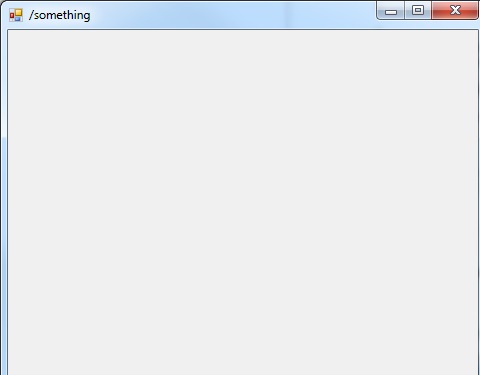 And all I had to do was change the entry point of the form slightly:

Now, back to your question on why it is there:

If you access taskmgr.exe from the ctrl + alt + del method, you do indeed see the command argument "/3". Also if you use ctrl + shift + esc it passes /2 and if you right click the taskbar and click "Start Task Manager" the switch shown is /4.

All of this leads me to assume maybe there is something that Windows needs to know, or perhaps was nearly implemented for the Taskmanager that we don't know about. For example, security in Windows might want to know if ctrl + alt + del was used to call taskmgr.exe and not a script or user. Again, pure speculation but threads like this make me think it might have been at least a thought.

For the infamous tl;dr

To know why Windows passes these commands we likely need either a member of Microsoft's development team, or the source code. There might not be a better answer.

Not the answer you're looking for? Browse other questions tagged windows-7 command-line task-manager command-line-arguments or ask your own question.

0
How to start “explorer” process using command line (Vista)?
7
Can't open Task Manager
5
Does Simply Opening Task Manager Jog the System?
0
Why am I sometimes unable to use the Taskbar until I press Ctrl+Alt+Del?
61
Can I make Ctrl+Alt+Del go directly into the task manager in Windows 7?
1
Windows 7 - explorer.exe missing
1
Is there a Keyboard shortcut on windows to kill a process when black screen and task manager won't even come up?
0
Windows cannot find taskmgr.exe