Is there a way to use three keyboard languages, having two of them being switchable with a keystroke and the third one to be enabled by a hotkey?

I use Windows 8.1 and I constantly need two keyboard layouts - QWERTY (en) and ЙЦУКЕН (ru), but I also use Microsoft IME (ja) from time to time. Having all three of them enabled is extremely uncomfortable, since I have to cycle through two layouts to get to the third, but having to add and remove japanese layout every single time I need it is tideous and even less comfortable.

Is there a way to set Alt+Shift to switch between English-Russian-English layouts and a hotkey to temporarily enable Microsoft IME Japanese layout?

Note that this isn't exactly what the OP asked for. It will work for the intended purpose (of not having to deal with the Alt + Shift cycling combination) by instead having 3 different and separate combinations for each layout.

I'm using by reference what is written here in this 7tutorials post, mainly because it has accurate and explicit screenshots.

An important note though: the last steps refer only to changing the combination that deals with the keyboard layout switch. Selecting whatever keyboard layout you want (in your case, the Japanese IME) and then pressing "Change Key Sequence" will show a different window than the one presented. You can choose to combine Left Alt + Shift + a number between 0 and 9, for instance. As such, you could have the following setup:

How to Change the Keyboard Shortcut 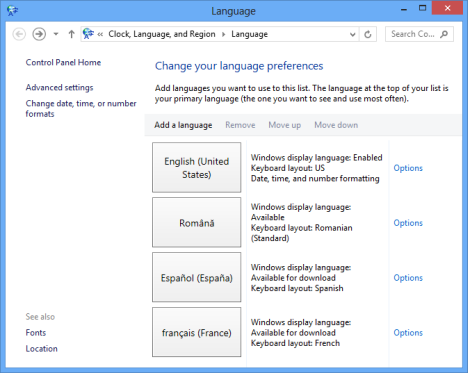 Here, click or tap the Advanced Settings link on the left. 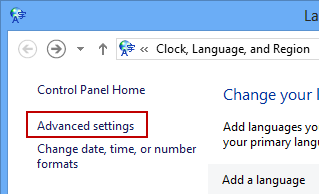 This takes you to the "Language Advanced Settings" panel. It should look similar to the screenshot below. 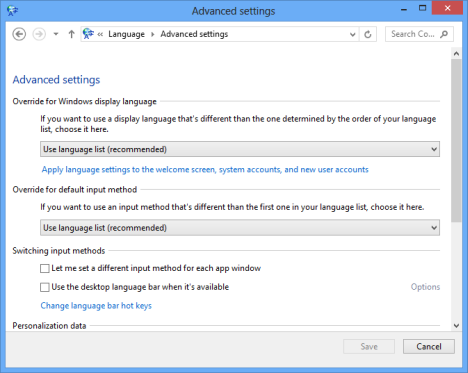 A new window opens, named "Text Services and Input Languages". This is the place where you can change the keyboard shortcut for switching between input languages. Click or tap "Change Key Sequence". 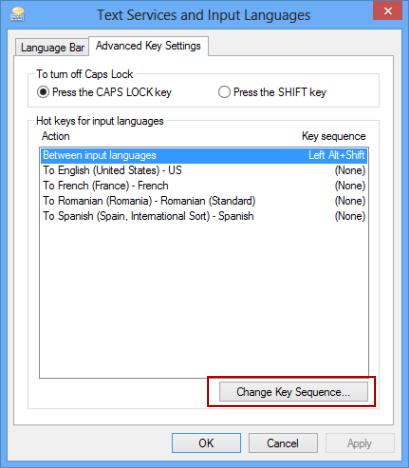 Select the keyboard combination you would like to use as a shortcut and click or tap OK.

Alas, US layout for Russian input language was removed in later Windows versions. However it's possible to add any layout to any input language via PowerShell:

Note: with this setup, Windows will sometimes start thinking that you have three input languages, despite listing only two, forcing you to cycle through all three languages instead of just Japanese and English/Russian. Add and remove an input language that should not be there to temporarily resolve this.

Note 2: You can lookup language and keyboard identifiers here. For example, you can use 0809 for English (United Kingdom) input language and 00000809 for en-GB layout.

To do that use an app linked in the description of this video, or follow the tutorial in the video to set icons in Registry:

This might reset after some system updates, so it's best to keep the app/tutorial saved on your drive somewhere (together with icon(s), preferably).

All in all, it's not the perfect solution, but i think it's the closest one.

Not the answer you're looking for? Browse other questions tagged windows windows-8.1 keyboard-layout hotkeys or ask your own question.

9
Is there a way to keep using English as system language on windows 8.1, but have it removed from the language bar?
4
Exclude an input language from Alt+Shift switching cycle on Windows 10
0
Windows 10 English Display Language with Russian Input Method

4
Multiple input languages, switch between two
0
Can't change language using Alt+Shift (but only when my language is set to Russian)
3
Hotkey to change keyboard layout to Dvorak doesn't work
1
Different languages for interface and input on Windows 10