I have a laptop (with Windows 8 pre-installed) that has been through numerous dual-boot configurations. At one point, I had removed everything and ran Linux Mint as the only OS. Eventually, I decided to remove that and reinstall Windows 8.

Upon doing so, I had a number of drivers to install/update in order to restore some basic functionality (USB ports, HDMI, FN keys, etc.). This was relatively easy to fix as all the drivers I needed were online. The problem I'm left with though, that I haven't found anything which pertains to my specific situation, is that I can no longer boot into UEFI mode.

When I was running Linux Mint as my sole OS, I left UEFI boot mode enabled with Secure and Fast boot both off. In order to reinstall Windows 8, I burned the ISO to a USB and the ONLY way it would work is if I turned UEFI mode off, and used CSM Mode.

Since reinstalling Win8, I cannot boot into UEFI mode. Which is ultimately, I think, affecting my wishes to dual-boot Ubuntu alongside Windows again.

Any ideas as to how to fix this? 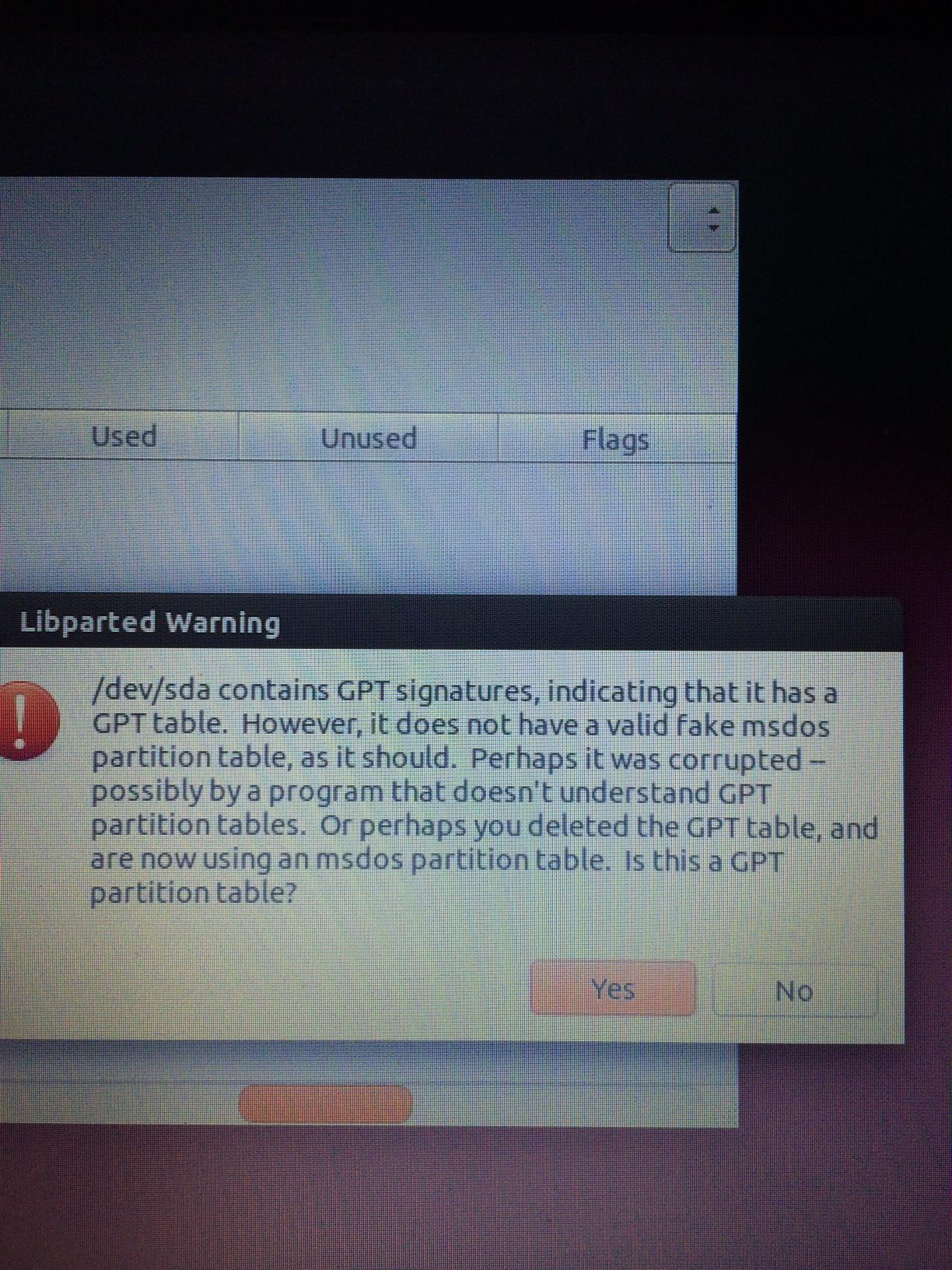 Windows (and many other operating systems) requires GPT to be able to boot on UEFI systems. And some UEFI systems automatically boot on legacy BIOS mode if it detects the HDD as "legacy" MBR (although technically it's a buggy implementation).

So you must convert the disk to GPT. But gparted is very slow on disk operations, and it can't convert MBR to GPT either (that's a long time ago, I don't know if newer versions can, but I doubt that it can). As a result if you don't want to lose data you must use other partitioning tools to convert. Some GUI examples:

If you want to work with command line then there's gdisk which can also convert MBR to GPT without data loss. Windows 10 has the same capability with MBR2GPT.EXE

MBR2GPT.EXE converts a disk from the Master Boot Record (MBR) to the GUID Partition Table (GPT) partition style without modifying or deleting data on the disk. The tool is designed to be run from a Windows Preinstallation Environment (Windows PE) command prompt, but can also be run from the full Windows 10 operating system (OS) by using the /allowFullOS option.

Since reinstalling Win8, I cannot boot into UEFI mode. Which is ultimately, I think, affecting my wishes to dual-boot Ubuntu alongside Windows again.

Any ideas as to how to fix this?

I had the same problem on an ASUS Q500A laptop. I was attempting to multi-boot Windows 8, Debian, Fedora and Ubuntu. The idea was to install all the base operating systems first, and then spend the next two days in patching (in case one install blew out earlier install/patch work).

Without the patches, I could not even get the UEFI boot screen to show. And I tried everything I could find to get to that boot screen - from pressing ESC, F2, F10, F12, etc. I even read the damn laptop manual and the manual on the Aptios Firmware. I could not find the behavior documented anywhere.

Here's a few threads when I was trying to avoid the "fully patch Windows" solution: How to enter UEFI on computer startup (what did Windows change)? from Microsoft Forums and Dual Boot Linux and Windows 8 on ASUS laptop (Windows 8 Installed) from Super User.

And I never was able to determine who was at fault for locking me out of my own system (i.e., UEFI spec requirement, Microsoft logo requirement, Firmware feature, etc).

Not the answer you're looking for? Browse other questions tagged windows windows-8 boot uefi gpt or ask your own question.

4
How to restore UEFI on a Windows 8 preinstalled laptop
19
I'm unable to boot my Windows 10 installer USB in UEFI mode?
1
How to boot to Windows 8.1 in UEFI boot mode?
0
Installing Win7x64 on existing Win8 laptop for dual-boot - UEFI/GPT Issue
0
Windows 10 laptop suddently needs to boot csm mode
0
Can only install Windows 7 in UEFI-Legacy Mode
0
How to install GRUB2 on a USB flash drive to boot into Linux Mint on HDD in UEFI mode?
1
Windows 10 Only Boots In UEFI Mode