Is there a SATA cable which can connect to multiple disks?

I have a motherboard with just few SATA slots but have to put quite few hard disks in the box, so naturally I easily ran out of free slots.

I wonder if there are forked cables (I have no idea what would be the name for these cables) so I can connect multiple hard disks to a single SATA slot on the motherboard?

PS. Speed is not essential here as all disks contain archived data.

As SATA is a point-to-point serial system, you are unlikely to be able to branch or split from a single connect – your better bet is probably to find a spare PCI slot and fit another SATA card. This will give you more connectors and should have little or no impact on the speed.

Can I connect multiple hard disks to a single SATA slot on the motherboard?

No, not directly. Your only options are to use a port multiplier or to add additional SATA or SAS connectors.

Here's a graphic detailing what I've found. This diagram is purely from a hardware adapter perspective, ignoring controller limitations. So, for instance, you can physically daisy chain a PCIe x1 port indefinitely (notice the loop), but this ignores controller, speed, and power limitations. Second example, I don't think you can adapt a PCIe port to 4 SATA and port multiply and RAID multiply each from there (1PCIe x (4SATA/1PCIe) x 5SATA x 2SATA = 40 SATA). 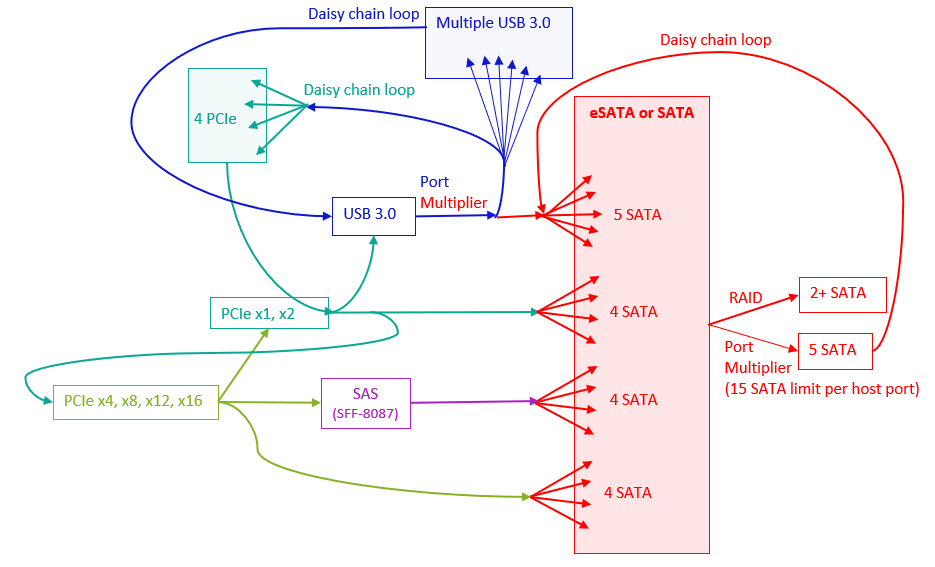 What you're describing sounds most like a port multiplier (here and here). The devices I see aren't y-cables but cards as shown below. Make sure your host controller supports this! You can expect speeds of about 250 MB/sec for a single multiplier [FAQ]. I think you can daisy chain them and obviously that will be slower. 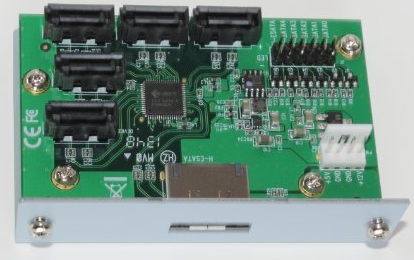 This is an answer to a duplicate of this question, where you use a RAID enclosure like this that takes a single SATA input but supports two drives, and run it as RAID 0 so it's a striped drive and you get all the drive space. This solution should offer pretty good speed, especially if you have HDDs that benefit from RAID 0. The big limitation here is that, even though you have different drives, they get viewed as one by the RAID, so you have to work against that. Definitely not hot-swap friendly.

Extra tid-bit, this trick can be used with SATA M.2 SSDs as well. 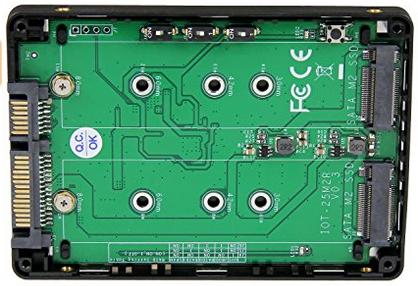 The hardware for this seems to be rare, but it offers both the port multiplying and RAID approaches. So if your controller doesn't support port multiplying, you can fallback to the RAID 0 strategy. Obviously, with an external facing USB and eSATA, this is designed for an external device that has a free Centronic 50pin (SCSI) slot. Supposedly, speed can be pretty good with this solution, since USB 3.0 can provide 5 GB/s. 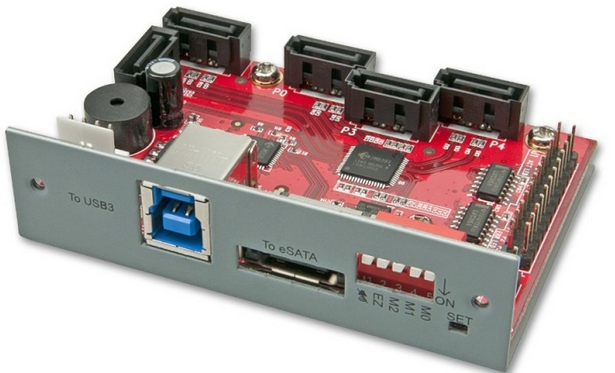 This solution works great for me. It offers better performance than port multiplying so long as you have a PCIe port available. If you don't, you can think about splitting your PCIe instead of the SATA (from x1 to USB then to four x1 as shown below or to one x16). 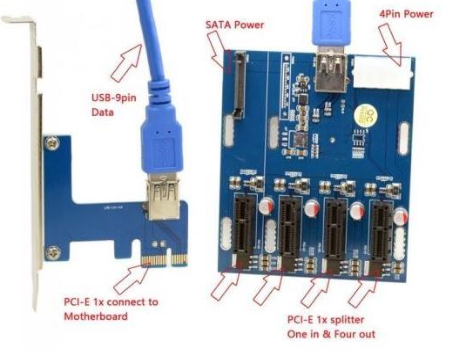 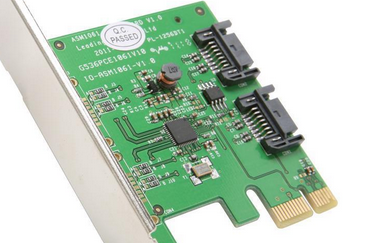 Finally, there is a simple cable to split a SAS port to multiple SATA devices. This might offer the best performance.

You'll need to pay attention to SAS connection type though since there are many. I mostly see SFF-8484, SFF-8482, and SFF-8087 being used for this. Everything I'm linking to here is SFF-8087. If you don't have a SAS port, you can get a PCIe to SAS adapter (supports up to 7 SATA). Although this is an extra piece vs. going directly from PCIe to SATA, it gives you more flexibility. Example of relatively high performance (1.6 GB/s) using this configuration. Supposedly, the speed for the adapter shown below is 715 MB/s Read (Seq,256K,Q10) for 3 drives (1 HDD + 2 SSDs in RAID HyperDuo (Safe Mode), so SSD is primary access). 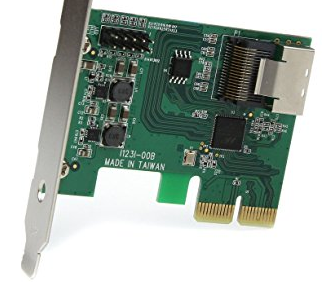 Not the answer you're looking for? Browse other questions tagged hard-drive motherboard sata cable or ask your own question.

2
Installing SATA dvd burner on machine with no spare SATA ports/connectors
3
Motherboard HDDPWR1 connector
1
How can I make a hard drive be recognized by my desktop PC BIOS?
1
SATA disk resets every 10 seconds
4
Easystore WD 8TB drive shows up and is usable when in USB 3.0 Enclosure but won't even show up in bios when connected via SATA
3
straight SATA cable vs angled SATA cable
1
How to connect SATA hard disks further away than 1 meter?