There are many resources online regarding the issue when the PC shutsdown a few seconds after pressing the power button. I have a variation of the problem which is reproducible under certain conditions. I would like to hear the community's thoughts on what may be causing it. Found a solution, scroll to end of post, I would still like some more information to rule out a problem with my motherboard.

When the computer is powered off for a fair period of time and then powered on maually:

After the above, pressing the power on manually resumes normal startup, POST beeps once. Computer operates as normal.

Other power on/off combos tried that do not show the above issue:

Unfortunately I do not have another PSU to test with. Here are my system components:

All components are less than a year old so luckily under warrantee.

EDIT: whenever the issue occurs I'm prompted to enter BIOS by pressing F1 as the overclocking presets are lost. but entering BIOS shows my config as it should be and I exit without making any changes and the PC starts normally. 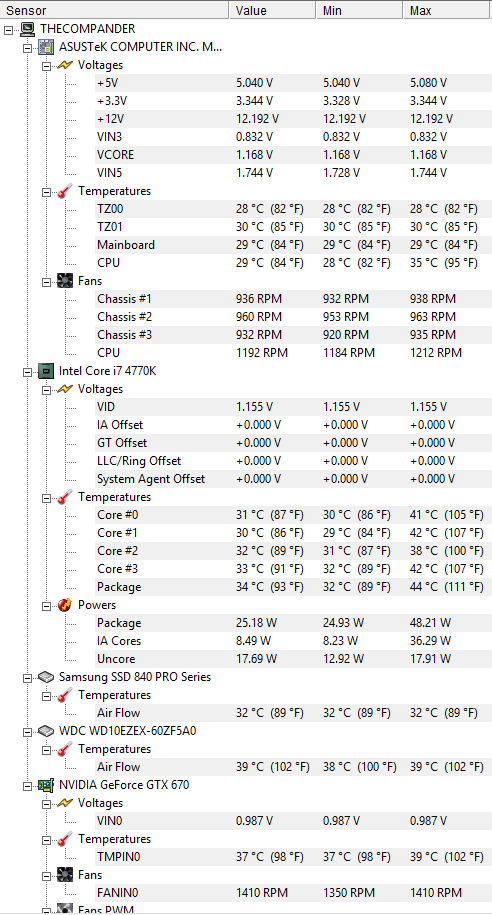 EDIT & SOLUTION: I played around with a fresh start on BIOS and slowly enabling one by one the options I had set. Doing this I enabled the ASUS motherboards VRM Spread Spectrum, its description saying it improves system stability... WRONG!! this is the thing that caused my power on problems. I suspect on some occasions the motherboard fails to provide the CPU the voltage it requires and fails the POST. Also I did some reading here -> http://www.overclock.net/t/1401976/the-gigabyte-z87-haswell-overclocking-oc-guide and they say the Haswell processor has inbuilt VRM's so it is not needed to be done by the motherboard. Having ASUS VRM SS disabled in BIOS fixes my power on problems.

I'd like to ask the community to rule out motherboard issue, Does anyone run an Haswell setup i7-4770k with VRM SS enabled in BIOS and it is working for them?

A key test I use for Power Supllies:

First and easiest, get a multimeter and read the volts out from the power supply. Put the negative lead in any ground on the PSU. Then move the red or positive lead from rail to rail. Do this with the machine on. The most common issue that I see is wild variation on the 3.3v rail. When I can watch a rail vary from something like 3.0 to 3.9v often and quickly it is a bad PSU.

If this passes, do the old bare bones boot and see if a device can be ruled out or as the culprit. If this makes no difference try checking the mains for a brownout.

If all still seems to point to no issues, it is probably the motherboard.

Problem is BIOS's VRM Spread Spectrum causing boot instabilities, disabling this on the ASUS motherboard fixes the problem and the PC POSTs every time.

Waiting on more information from ASUS as to why it says that the option is recommended and it will improve system stability in BIOS.

I enabled it because it is said to reduce EM emissions as the PC I work on is part of my radio lab.

Here is some info on Spread Spectrum and why you would use it -> http://www.ni.com/white-paper/4154/en/

Why it should be disabled if you are OC'ing -> http://www.techarp.com/showFreeBOG.aspx?lang=0&bogno=266

Not the answer you're looking for? Browse other questions tagged boot motherboard bios power-supply or ask your own question.

0
Motherboard LED comes back on without PSU switched off
2
CPU, GPU fans spinning at full speed after shutdown
2
Brand new computer fails to boot, powers on and off immediately, despite running fine while installing OS
0
ASUS M4A87TD/USB3 Power Problems
4
New build shuts down randomly - insufficient power?
0
Desktop PC won't turn on, have to hold down Case's power key while flipping PSU's power key to turn it on