I have 3 monitors hooked up to my computer. OK, technically one is a TV while the other two are monitors. I previously had Windows Vista for a long time and hated it, so I recently switched to Windows 8.1. I never had this issue on Windows Vista but constantly have this issue on Windows 8. The problem I am having is that when I turn on or off the TV the applications constantly switch from Monitor 1 to 2, or the other way around. In other words, Applications move to the opposite screen they were on. The TV would be monitor 3 and they never jump to that monitor, at least not yet. I very rarely use my TV for a monitor, so usually don't move applications to it.

The two monitors are hooked up with typical monitor cables while the TV is hooked up with an HDMI cable. I did specify which monitor is the main one, designated that as monitor 1. I disabled the taskbar from other monitors other than my main one. I did everything that I can think of and the applications continue to switch. Actually what happens is both screens go blank, like they have been shut off, when I turn on or off the TV. Then when the monitors restore the applications have moved to the opposite monitor.

I can give you further details on how I have stuff hooked up, if needed, but I don't think it is necessary. Like I said though, I didn't have this issue on Windows Vista at all and I also didn't change how anything was connected. Does anyone have any suggestions on how to prevent my monitors for going blank and switching applications from one monitor to the next? Windows Vista didn't even cause my monitors to go blank at all.

If this is the same as windows 7 then unfortunately microsoft doesn't have an option to give users control over this. So with that, granted this is going to sound unorthodox, it's the fix many use in windows 7. Just cut a thin strip of electrical tape and cover pin 19 on your tv's hdmi cable. This is the pin that tells the computer the display is off. If your monitor doesn't turn on after doing this try going into screen resolution and clicking "detect". Again I know this sounds odd but it's a fix many use if you can't find a different workaround. 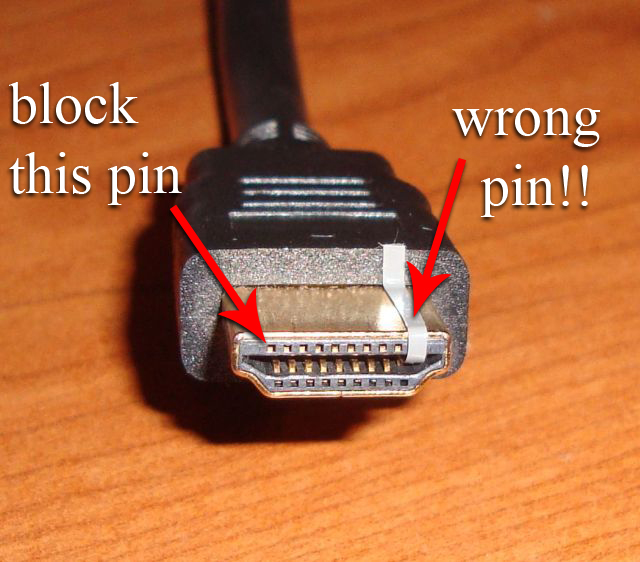 Not the answer you're looking for? Browse other questions tagged windows-8 multiple-monitors hdmi or ask your own question.

3
Program for managing multiple monitors to keep from rearranging Windows
0
How to automatically turn off the second monitor after a period of time?
3
Windows 10 Screen Saver Multiple Monitors?
0
Multiple Monitors not working on Windows 7 - 2x AMD Radeon 7700