How do I tell Windows Update to not check for updates for my GPU drivers?

Windows 8.1 at work (no group policies) wants me to update my GPU drivers through Windows Update (it appears in my optional updates list). I'd rather do this manually since it gives me more control over what exactly is installed. Is there a way to tell Windows Update (the desktop version, not the Modern UI version) to not check for GPU driver updates?

screenshot of the update:

The only solution I know of is a bit of killing a fly with a cannon. You will need to get a server edition of windows on your network and install the Windows Server Update Services (WSUS). What this does is allow you to have fine grained control of what updates are presented/installed to each computer on the network that uses the server as its update server (the server can be set by local settings or via GPOs).

It won't give you fine enough grained control to only stop GPU drivers, but you can turn off all driver updates but leaving on the rest of the updates you would get through the windows update system. 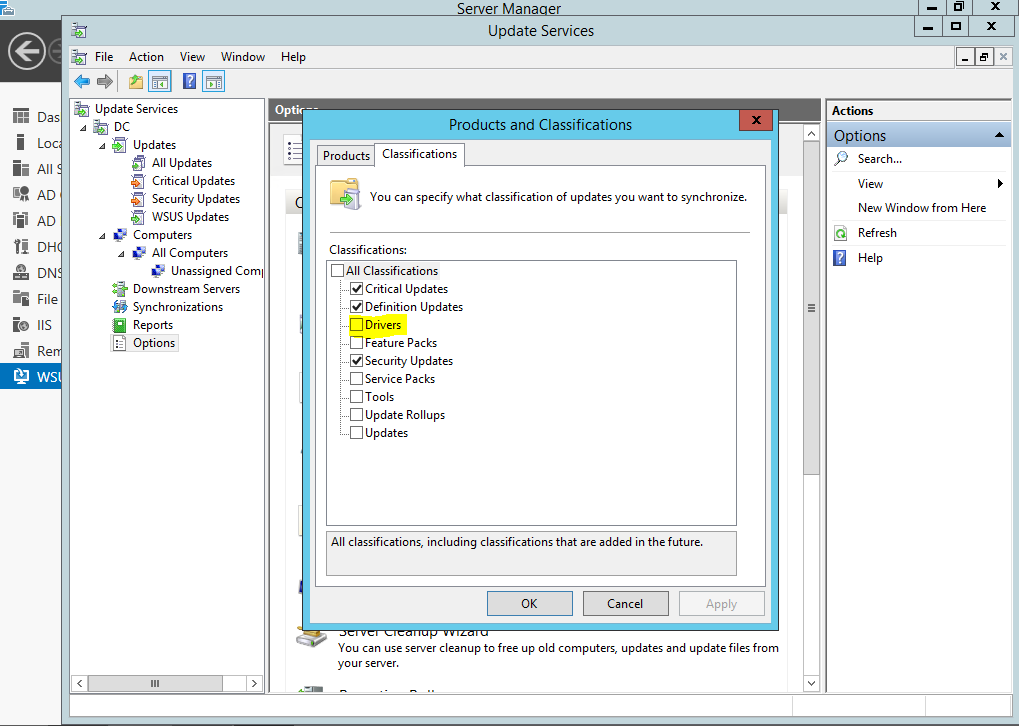 One way you could do this is to is to hit the windows key+q and go to "change device installation settings" and tell windows to not search for driver updates.

Not the answer you're looking for? Browse other questions tagged drivers windows-8.1 windows-update gpu or ask your own question.

4
How can I stop Windows 8 from installing nVidia software?
2
Preventing Windows Update from updating a certain driver via command line/script?

0
ATI Radeon Drivers on Microsoft Update
0
How do I let Windows Update know that my graphics card has changed?
0
AMD graphic card not working after upgrading to Windows 8.1 on a Dell 3521
2
Installing AMD GPU drivers slows my Windows 8.1 system to a crawl
0
Wrong OpenGL version being reported