My ExpressCache eats 1GB of memory, is it normal?

I have a laptop with a 8GB SSD drive for cache, but I have it disabled because it eats 1GB of memory. As far as I know it's supposed that ExpressCache should return that memory to the system when its needed, but that's not happening.

I just made a test by reducing my pagefile to 16MB and opening too many tabs on my Opera browser. I've also been checking the amount of memory used by ExpressCache with ECCmd.exe -info. After that, Opera just died and ExpressCache was using 1GB of memory all the time. 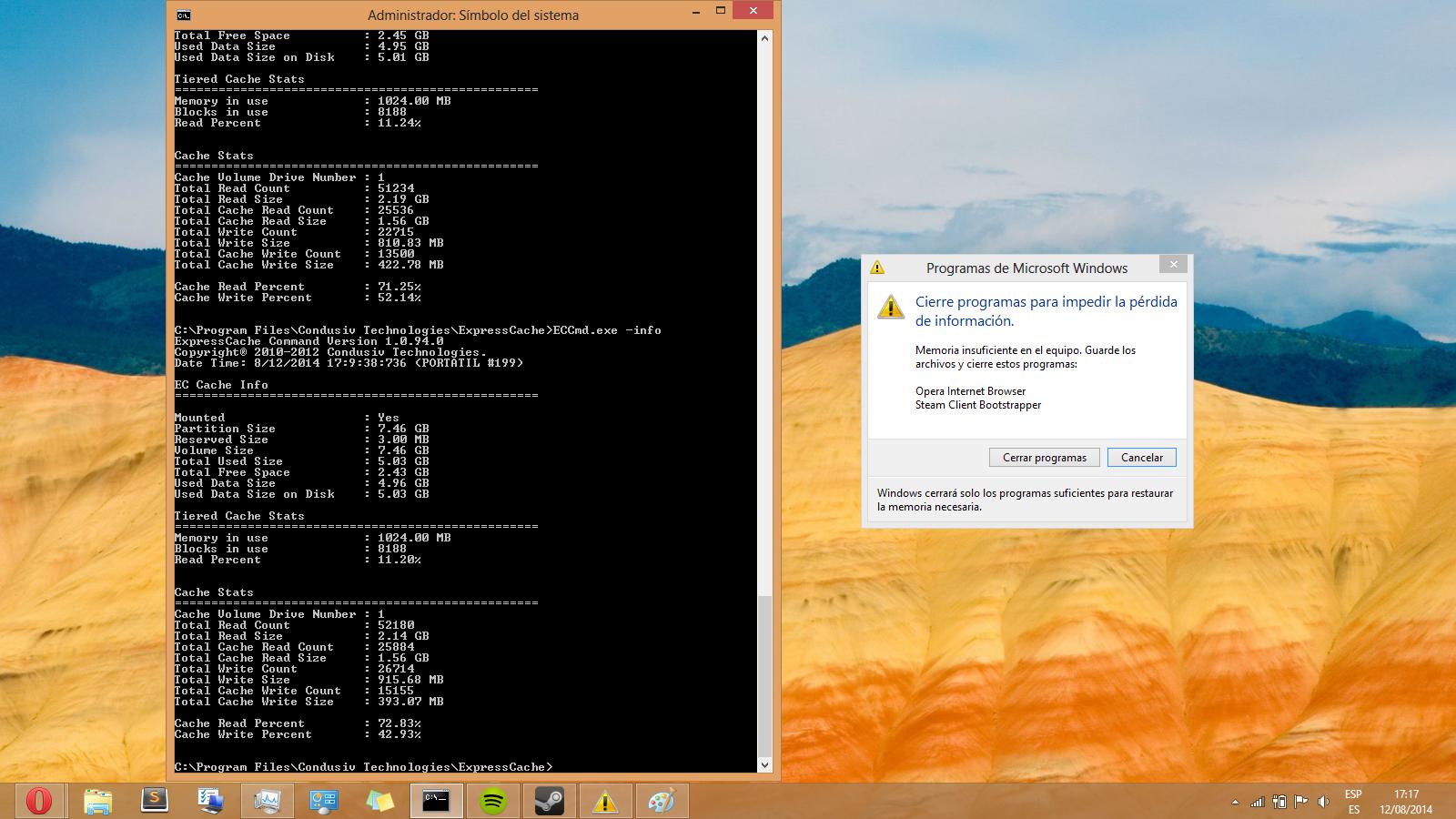 In the image you can see how Windows shows a low memory error while ExpressCache is using 1GB.

Yes, it's normal for Condusiv Technologies ExpressCache to use that much system memory.

In most cases, I'd recommend using Intel Smart Response Technology instead, but it requires a minimum of a 16GB SSD.

Another alternative is moving your hibernation file (hiberfil.sys) location to the SSD. This requires no software, and allows your laptop to go in and out of hibernation (aka "suspend to disk") very quickly. This is how a lot of Sandy Bridge-based Ultrabooks were configured by the manufacturer. 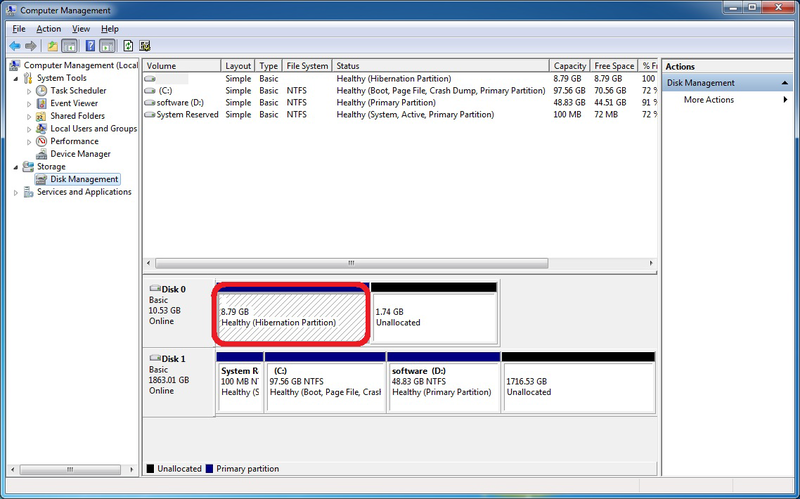 Well it's been almost two years with no solution, I don't know if there is one but all this time I've been using the 8Gb SSD as pagefile (without ExpressCache) with no problem.

It makes the laptop faster and I think is the best use for the SSD if you don't turn off or reboot frecuently. I now have a full SSD and I still using the small one as pagefile.

I think it also helps with hibernation times too.

Not the answer you're looking for? Browse other questions tagged hard-drive-cache or ask your own question.

2
Creating a hibernation partition on Windows 7