Why does Firefox interpret 100% zoom differently to other browsers?

It's bugged me for a while that Firefox (on Windows 7) seems really "zoomed in" compared to other browsers, even after using ctrl-0 or the zoom menu to make sure its zoom level is 100%.

Chrome left, Firefox right. Both are set to 100% zoom, but they're clearly interpreting it differently. Everything's massive on Firefox, and a lot of things (even the UI buttons) are fuzzy. What's going on? 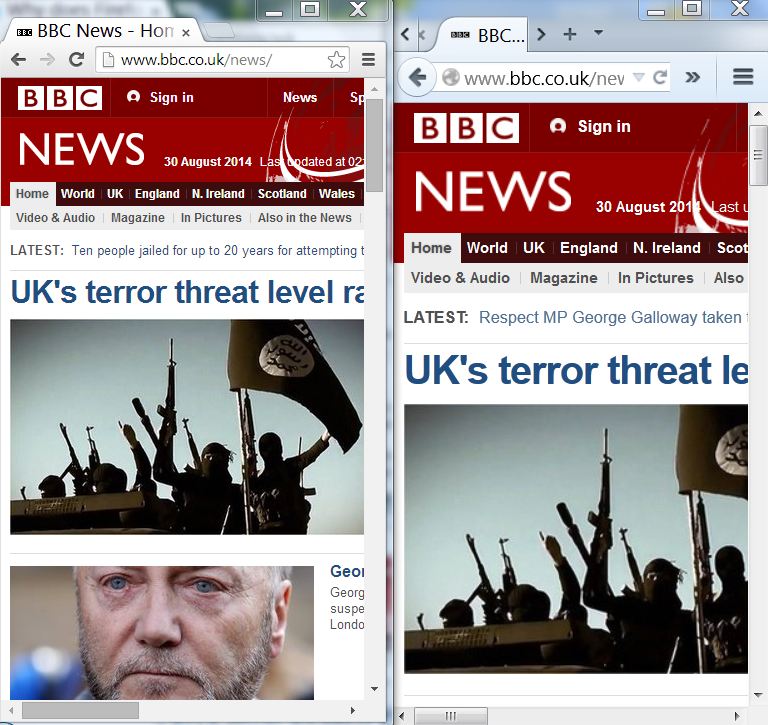 Just to confirm that they really are both 100% zoom, in Firefox: 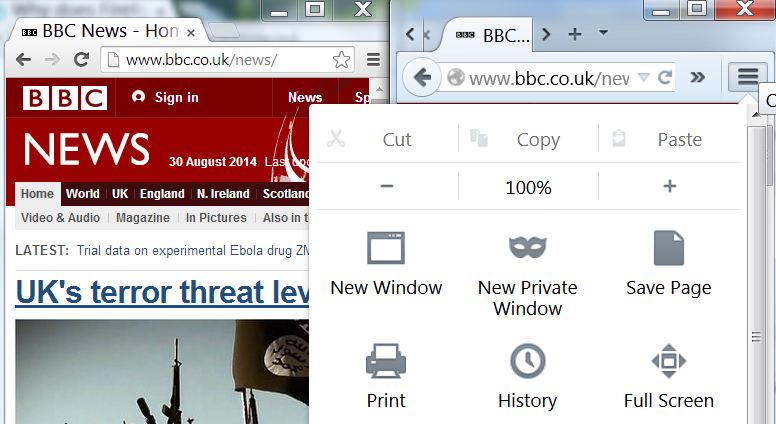 Curiously, IE by default is zoomed to the same level as what Firefox calls 100%, but it calls it 125%. 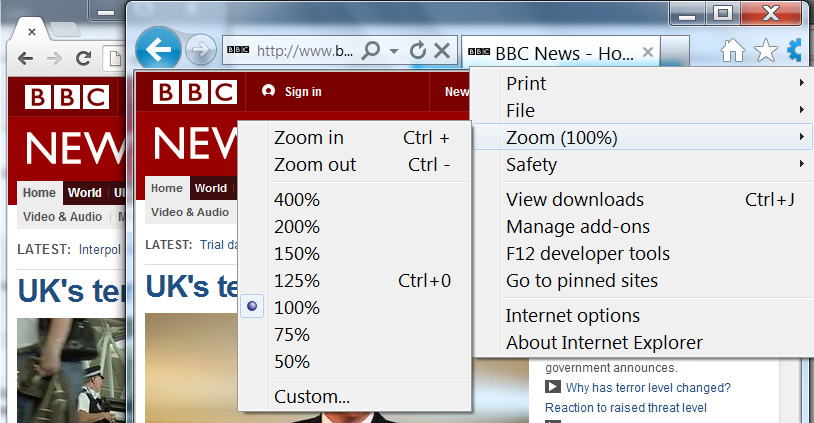 Apparently this is some hot new feature Firefox introduced in 2013. I found a thread discussing it, where a lot of Firefox users seem to be unimpressed.

So it turns out there's a setting in Windows designed to stop text getting too small on high-resolution devices. You can find it by searching for "text size" in control panel. 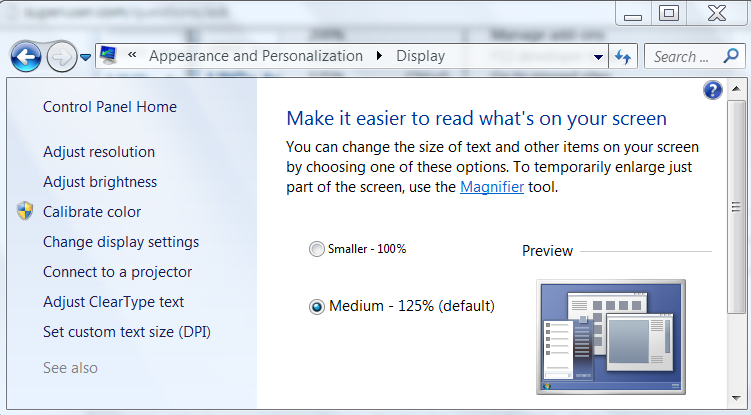 Apparently, Firefox has decided that it's going to quietly take that setting, and pretend that 100% equals whatever that setting is. So for me, in Firefox-land, 100% = 125%.

It applies this to the Firefox UI as well as all web content (which is why my Firefox buttons look blurry).

It sounds like there's no simple way to turn this off - the thread linked above describes some complex steps, then loads of people comment saying they don't work.

Setting the Windows sizer to 100% makes them more similar (slightly smaller in Firefox, oddly), but it also makes everything painfully small, so it doesn't really solve the problem. 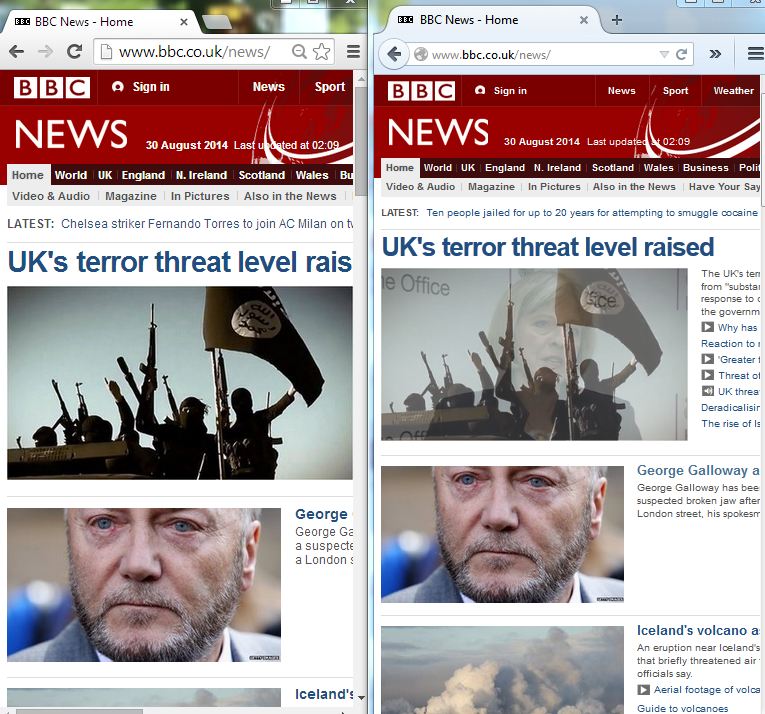 As previous answer stated, it was introduced as a feature. But it CAN be overridden. I found this post explaining the 'feature' and how to revert the behavior.

if you want to set the text size/pixel density in firefox different from that of your system's settings like it was handled in prior versions, enter about:config into the firefox address bar (confirm the info message in case it shows up) & search for the preference named layout.css.devPixelsPerPx. double-click it and change its value to 1.0 (or any other zoom factor that fits your purpose; -1.0 is the default value and will adhere to the system settings).

Not the answer you're looking for? Browse other questions tagged firefox browser zoom or ask your own question.

0
Why are my Chrome fonts so small?
1
Why do I have blurry application on reboot only?

33
How to make Google Chrome honor my Windows DPI setting?
22
How do I reset the zoom level in Firefox?
5
Location of current Firefox zoom level
4
How to change the zoom increment in Firefox?
2
Why Firefox doesn't zoom page elements other than text?
4
Why do fonts look better in firefox (waterfox) than they do in notepad++?
0
Tricking media queries in a browser?
0
How to set all programs and browsers zoom to 150%