What interface do I need for my graphics card?

The motherboard died on a gaming laptop belonging to a friend of mine, and I am rebuilding it as a desktop as a favor for him.

According to the specs from alienware's website and several reviews online, the graphics cards are two AMD ATI Mobility Radeon HD 5870 GPUs in a crossfire configuration.

When I pulled the GPUs, I was a little confused; the interface was clearly not a standard PCIe interface, about 3 1/4" wide with a single space between pins roughly in the middle of the pins (whereas the PCI cards I've dealt with have had their gap significantly to one side). I did some research on legacy ports and newer PCI interfaces, but nothing Looks right from what I've seen.

In selecting a motherboard I obviously should be looking for one with crossfire support, but what interface do I need for the cards?

Here is a picture of a card with the same interface: 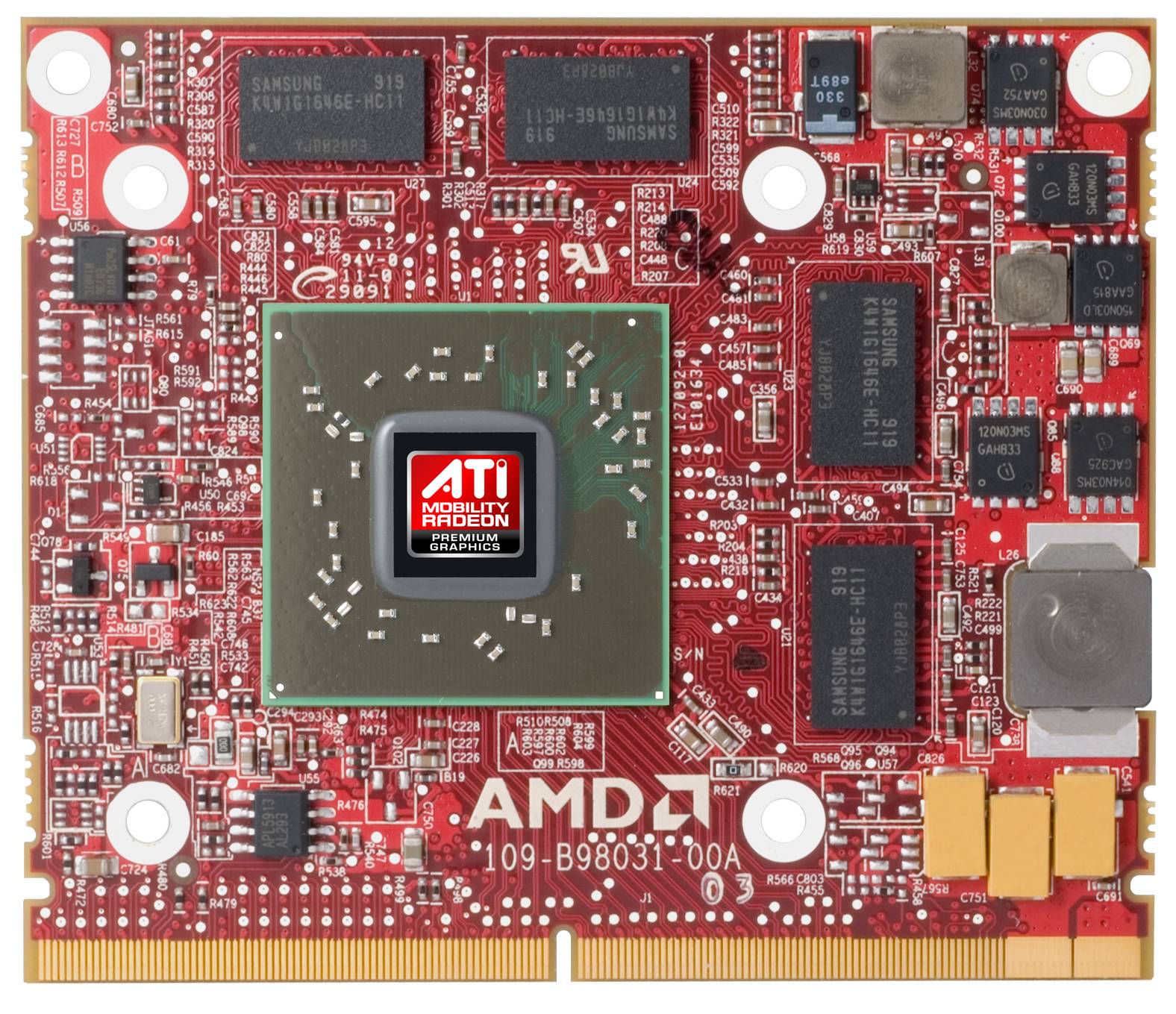 I'm guessing you're faced with an MXM module, which is kinda sort of the standard for replaceable laptop graphics cards. There are adaptors between MXM III and PCIe but they seem expensive enough that buying a new GPU looks like a better option.

Not the answer you're looking for? Browse other questions tagged graphics-card pci-express pci bus minipci or ask your own question.

28
How do I identify hardware I am unfamiliar with on my computer?

2
Windows 7: from Geforce 8800 to three monitors?
2
Is there a PCIx1 video card that plays nice with PCIx16 video cards?
23
ATI CrossFire instability and horizontal bands?
2
MSI P965 and HD5450 PCI Express compatibility, will these two work?
0
Compatible Graphics Cards for Dell Precision T5400
1
Bandwidth with NvLink for a graphics card