I am learning networking and in class we are talking about DHCP. I understand that when a host just joins a network it does not have an ip yet so it sends out a dicovery message.

we are using wireshark to see the in's and out's of the DHCP message. One thing I don't get is why is my host broadcasting to 255.255.255.255. What is happening? What is prompting my DHCP server or this case my router responding?

I hope some one can explain this to me.

Network interface cards are usually programmed to listen for three types of messages. They are messages sent to their specific address, messages broadcast to all NICs, and messages that qualify as a multicast for the specific card. There are three types of addressing:

A DHCP client starts the DHCP process by issuing a DHCPDISCOVER message to its local subnet on UDP port 67. Since the client does not know what subnet it belongs to, the Limited Broadcast address is used (destination address 255.255.255.255). If the DHCP server is located on a different subnet, a DHCP-relay agent must be used.

DHCP works by leasing IP Addresses and IP information to network clients for a period of time.

For the lease to happen, the following negotiation process occurs: 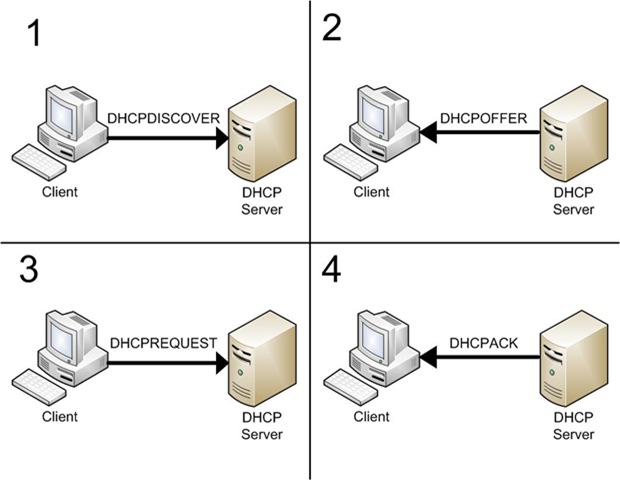 The use of dynamic address allocation in DHCP means a whole new way of thinking about IP Addresses.

DHCP leases follow a "life cycle", which generally consists of the following phases: 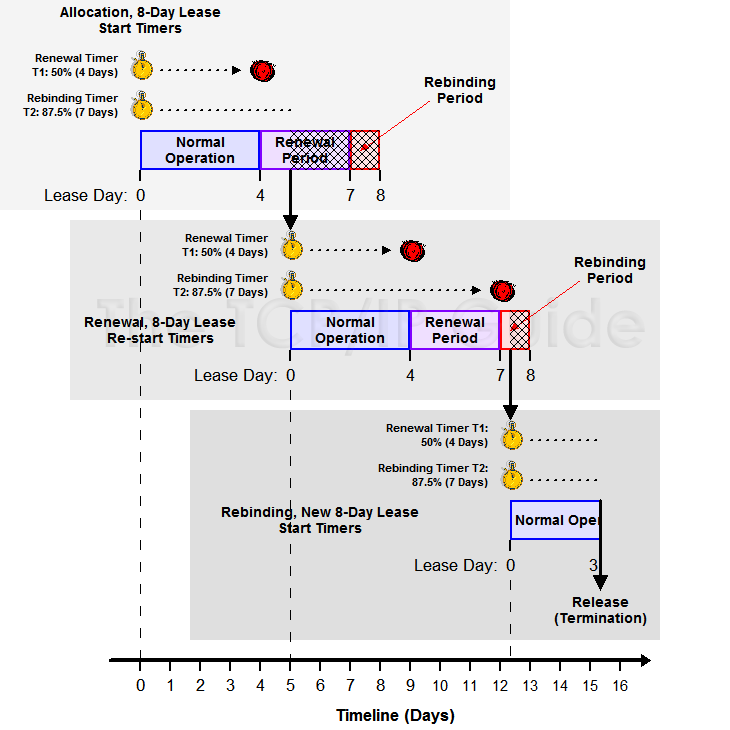 Not the answer you're looking for? Browse other questions tagged networking dhcp broadcast or ask your own question.