Is this a bug or it is just a windows xp feature?

I THINK I found a way to break all the above rules!

You just need to build a New String in the below path of registry : HKCU\Software\Microsoft\Windows\ShellNoRoam\MUICache

And name it @WhatEverYouWant (For example @x). Then set its value the name that you want to have for your directory! (For example CON,LPT1,\/?:*<>| and so on). 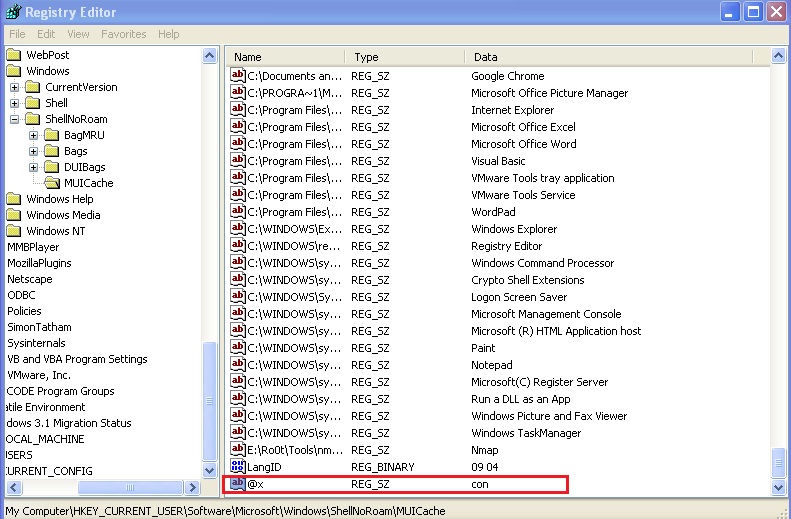 Then close the registry and create a new folder. it name the @x (The name that you selected for the string before) and hit enter. the name automatically change to the value of the string that you already created in Registy.

If you create a new folder again in the same path and set its name to @x again, you will have the second folder with the same name! 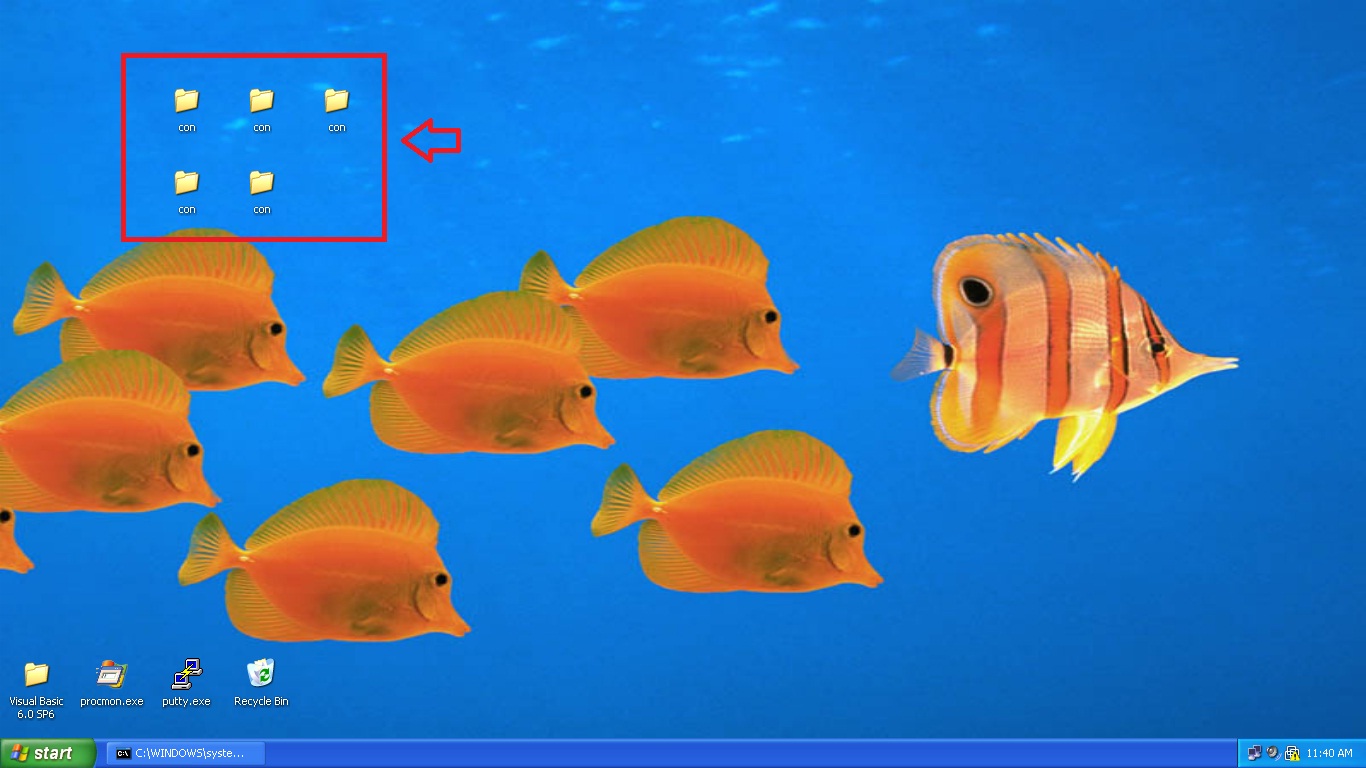 The above way works fine in Windows XP. I want to know if this is a bug or it is a feature? And what is the equivalent way in Windows-7?

This is output of dir command (When I was created just two con folder on desktop) : 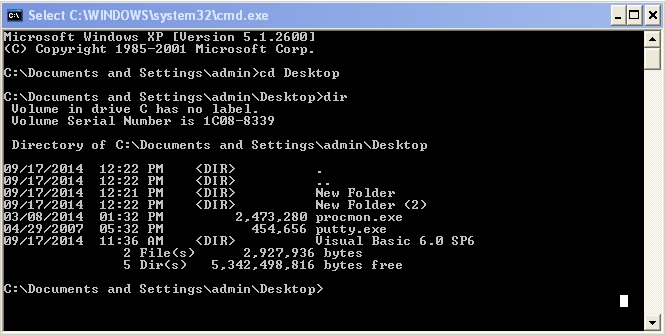 As you can see from the output of your Dir command, you haven't really changed the filename. What's actually happening behind the scenes is that you are modifying your desktop.ini (a hidden, protected operating system file) file to display the string you defined in the registry, instead of the real directory name.

This is part of a feature to allow the localization of directory names (so you can display a different name depending on the user interface language) I don't know why Microsoft chose to make the behavior so easily accessible from Explorer, rather than requiring manual editing of the desktop.ini file though.

Not the answer you're looking for? Browse other questions tagged windows-7 windows windows-xp or ask your own question.

0
help Add Any Application Shortcut in Desktop Context Menu
1
How to add programs in context menu on desktop at one context name?
0
How to stop auto-changing registry values?
0
Canon Digital Photo Professional 4.0 won't "transfer to photoshop"
1
Create folder and subfolders if need at once
0
create a sub folders in a parent folder with user specified name in a network path specified in batch file
1
How do I batch copy existing file names and use them as new folder names?
1
Windows Registry - HKEY_CLASSES_ROOT\Directory\shell
0
Run VBS file in the folder protected from the standard user when the user starts Windows