How to bring to front a series in a scattered chart

This question is almost stupid but, since I'm working late at night in this part of the world, I'm too confused that I can't find the easiest command.

I have a scattered graphs with many series. Some data of, say, series A cover data of series B. However I would like B to be in front.

Is there a way to accomplish this as in powerpoint? I'm using excel 2011 on MacOS Mavericks.

p.s. here is what I get from "select data source" 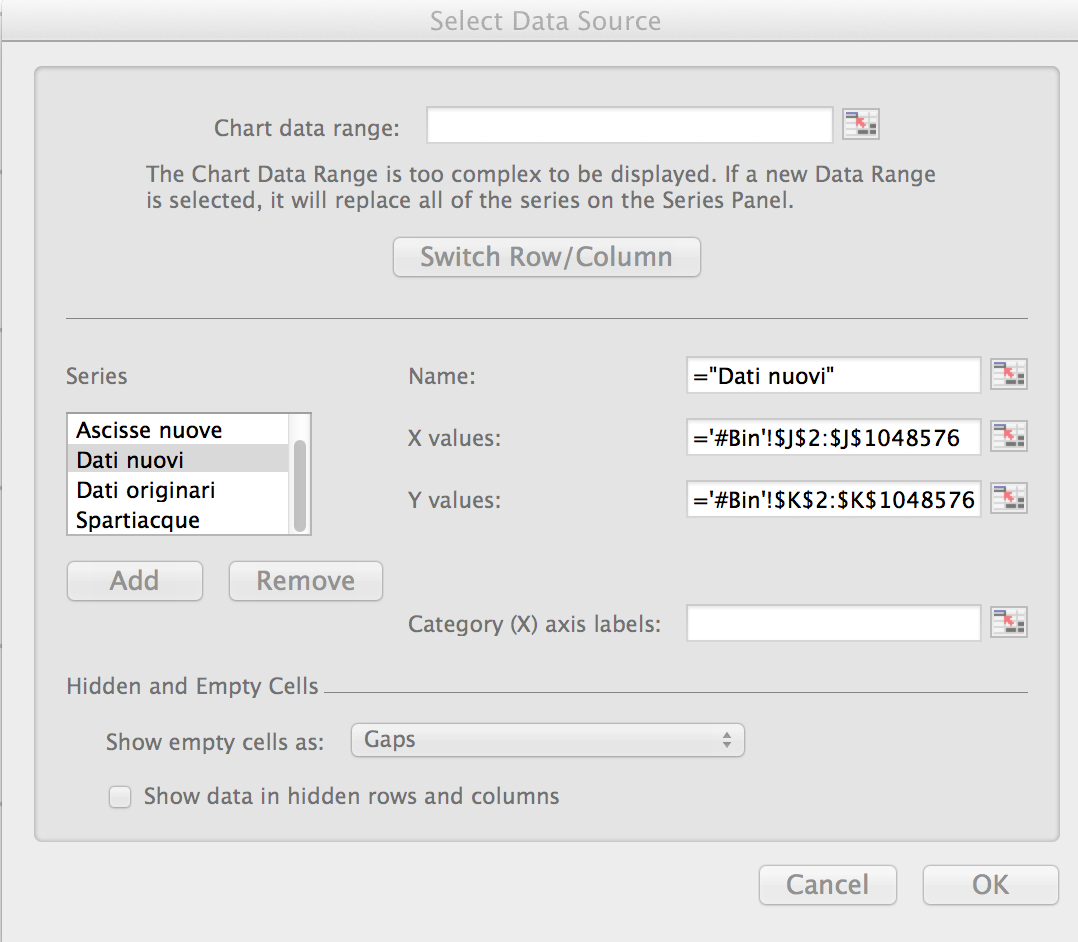 Select the chart and edit the data source. The order of the series in the left hand side of the dialog will determine which series show in front of others, as long as they are all plotted on the same axis. Select a series and click the up or down arrows to move its position.

In the screenshot you can see the Series order for the lower chart. Series1 is listed after Series2 and will be plotted on top 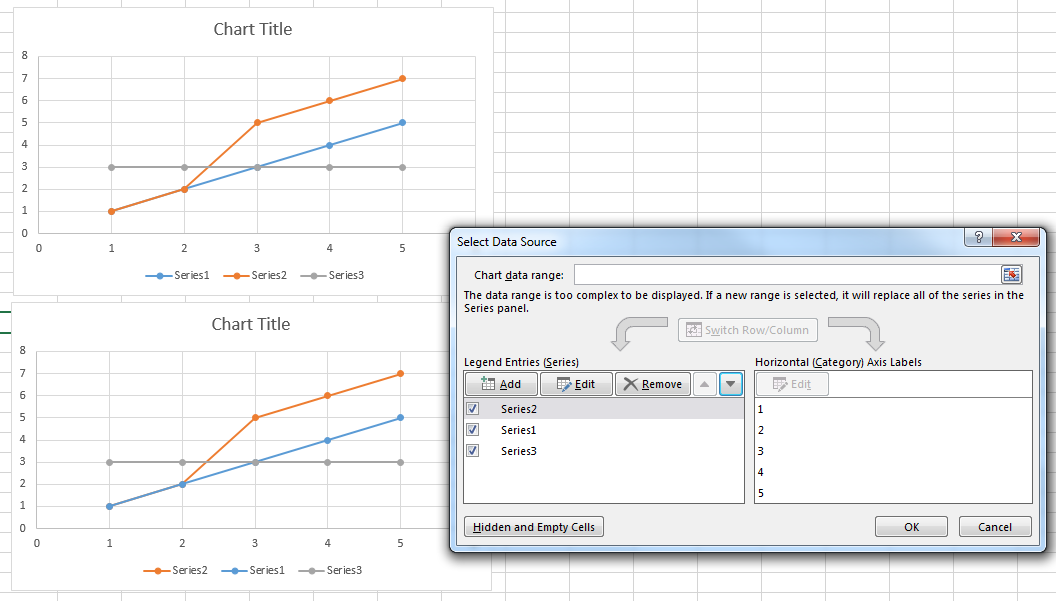 Edit: Apparently the option to re-order the series does not exist in the respective dialog on Excel for Mac. In this case, edit the formula for the data series in the formula bar.

Select the data series in the chart and look at the formula bar. You will see something like

The last number in this formula is the order of the series. You can edit and change it in the formula bar. The lowest number series will be plotted behind higher number series. 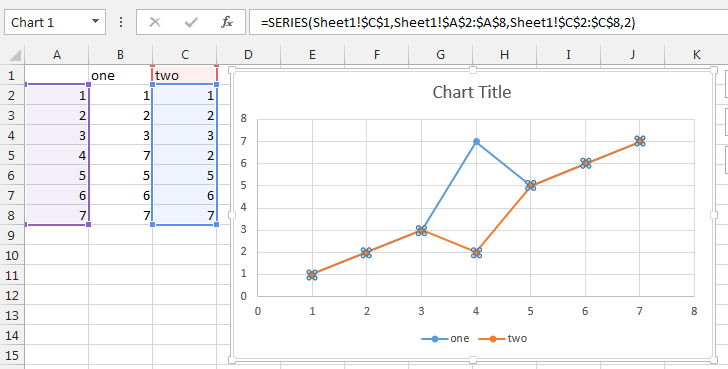 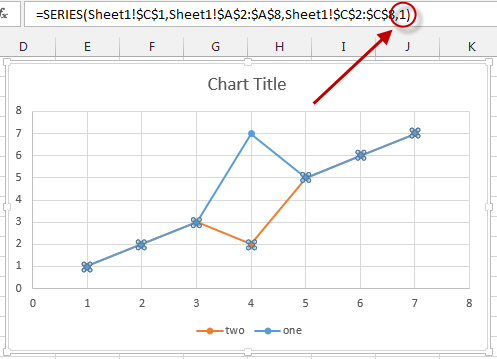 So, to bring a series to the front, make sure that its order number is the highest of the series in the chart.

Unfortunately does not work for Combo Charts - when you combine e.g. stacked colums and a line, the line will always be on top no matter what you do. The only way I've found is to manually overlay two charts, which you can then arrange easily with 'bring forward' etc. Lots of manual adjusting until the overlay fits however...

0
Keep the error bars in foreground in Excel scatter chart

1
How to: edit data in excel, visualize it on a second screen whilst live?
0
Deleting entire row in excel if missing data in certain column or columns?
3
Excel 2013 Chart - Multiple Series on Pivot Chart
11
Creating a “grouped” bar chart from a table in Excel
0
Excel custom chart series
0
having trouble making a special work calendar in excel
0
Excel Chart with Different Series Lengths
0
Cannot connect to Oracle Database with Power Query