Why is my 500GB Seagate hard drive showing only 54MB?

I have a PC with two hard drives running Windows 7 Professional 64-bit. - this machine was previously owned by a company selling off their equipment so it is not brand new. The first hard drive (my C drive) is a 64GB Samsung unit. The second (D drive) is a Seagate ST3500418 AS 500GB unit.

I was given an error originally when trying to access the D drive that it needed to be formatted. I had nothing on it, so wasn't concerned with losing anything. After formatting it I can now access it with no errors, but it shows the total capacity to be 54MB of which 43.1MB is already used up out of a supposed 500GB!

If anyone could shed some light on this that would be great. 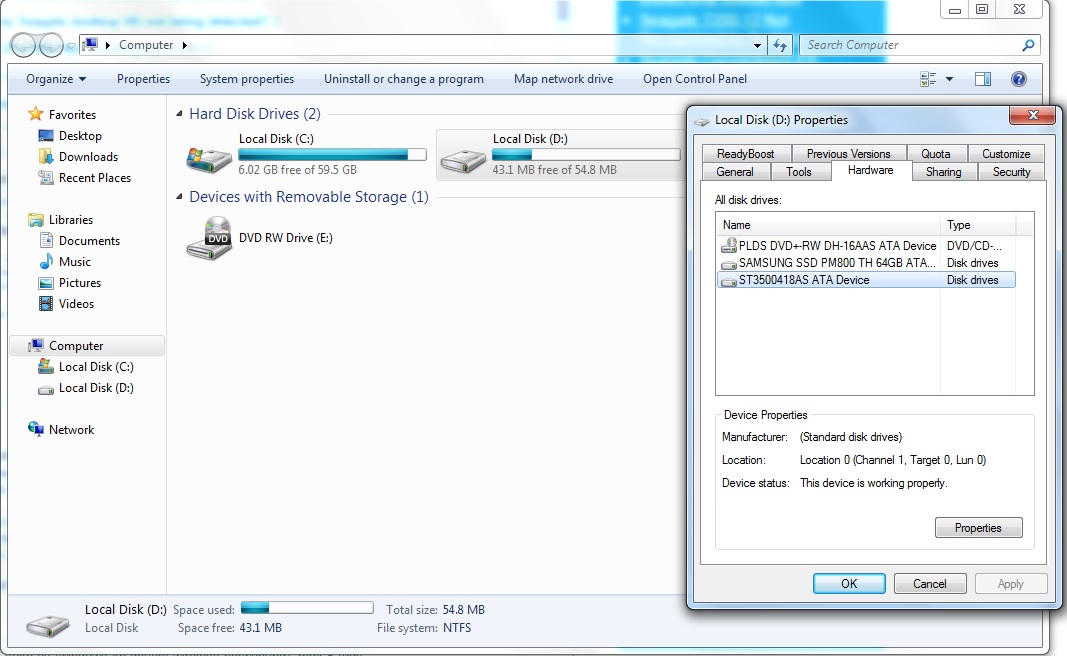 Clicking disk management I can see there is 465.71GB unallocated, as denoted by the green oval below. The file system is NTFS shown underlined in red. I've also shown a red arrow pointing to the capacity of 55MB. 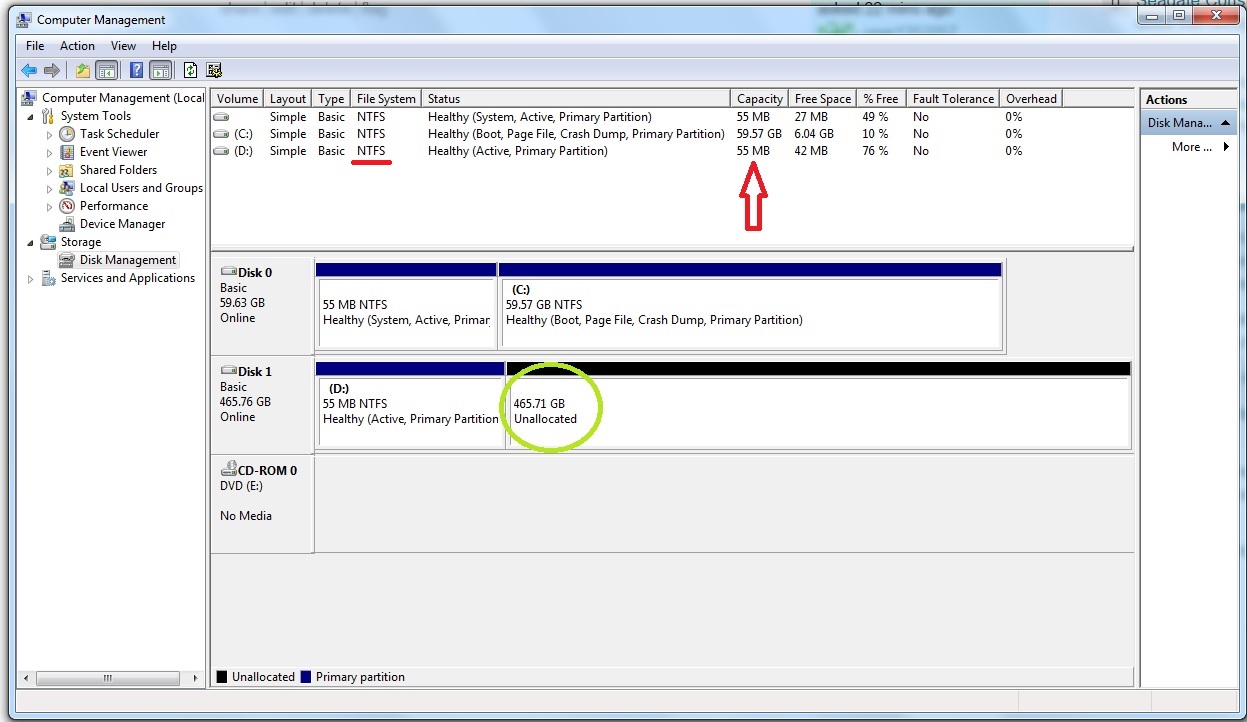 Try to check in the control panel->administratice tools->computer management->disk management if all the space available is allocated to partition. maybe you need to create one more partition on it and format to ntfs file system.

Btw, make sure if your disk is formatted to NTFS file system, not FAT or FAT32.

This happened to me before. One day HDD was working with no problem and the next day it was gone. It was showing 40MB in BIOS. So, good bye to all my data. Your only chance would be finding the same controller and try with it. It would most likely work since your HDD is not physically damaged. I didn't bother finding same controller cause it is extremely hard to find. You could buy the same HDD with same controller and change only controller if your data is really important.

Edit: According to second picture of your question (either i didn't see it or you edited your question) my statement above is not valid for you. But i think my answer can stay for others that might have this problem.

Not the answer you're looking for? Browse other questions tagged windows-7 hard-drive or ask your own question.