I've been having intermittent problems with the Internet connection of my HP Envy, which has an Atheros Wifi card. Some googling indicates that this is a fairly common problem with these laptops.

I contacted HP, and after an attempt at a software fix, they asked me to try to reseat the card before sending it in for replacement. They referred me to this document, which describes how to take it apart:

When I got as far as the Wifi card itself, I observed the following diagram in the document (page 60 of the document): 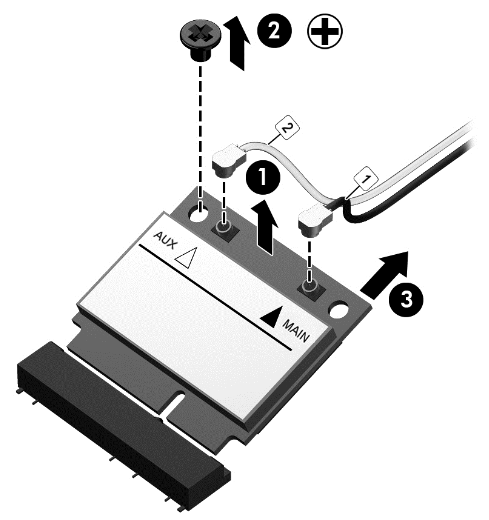 However, what I actually see inside the machine is this: 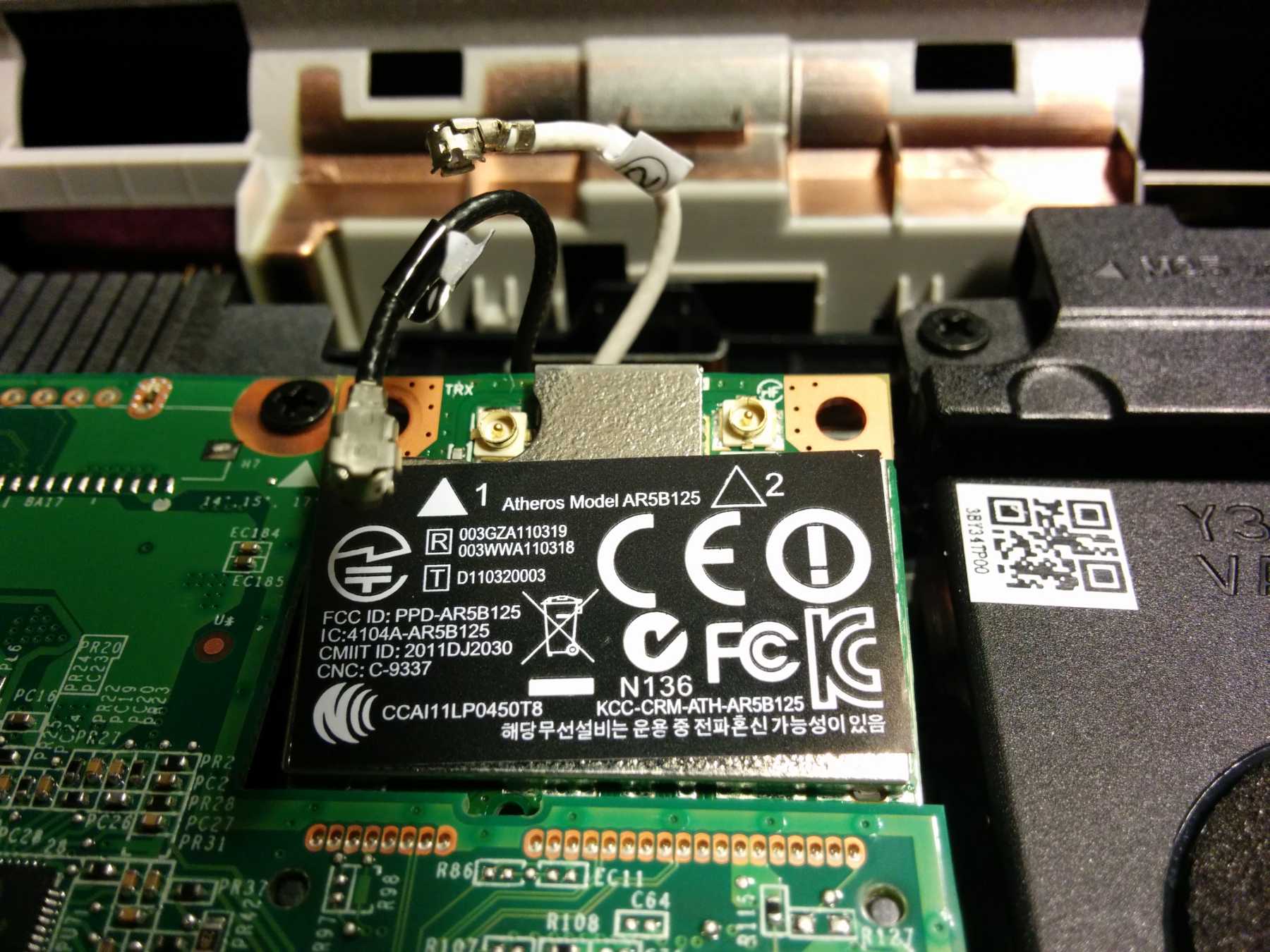 Unfortunately, I already disconnected the wires before taking a picture.

I'm wondering a couple of things:

P.S.: I can definitely call HP support about this, but I was very curious to get an opinion from knowledgeable people on this site who I know aren't reading from a script.

The cables are antennas. Both antennas work the same way so connecting them the wrong way around is fine.

If there is some software that can show you from which direction the signal is strongest, that software would end up getting left and right wrong, but that's all there is.*

Also, sadly, it's very common that manuals with pictures (or even without) don't match reality.

I see your dilemma. I'd trust the colors and board print over the tags on the wires since they were added by an assembly worker who can easily make a mistake attaching those glued on labels by being in a real hurry to get them on, although the worker and the PDF seem to be in agreement. The screened, firmly mounted label on the card is usually more reliable but it could be what is wrong.

I agree with Peter's answer.

Not the answer you're looking for? Browse other questions tagged wireless-networking laptop-repair hp-envy or ask your own question.

7
Free tool for WiFi quality assessment
2
Outdoor WiFi mesh topology vs. repeaters
1
How to remove the cover on a HP Pavilion 15-b055ca laptop?
0
Is it possible that I have caused a DoS to my son's tablets
0
Will 100,000 probe requests per day impact network performance?
2
Home network: Simply want to separate guest/toxic devices from the trusted ones
0
Missing network adapter advanced properties in Device Manager
0
NIC/mobo affect the speed of the USB-RJ45 Gigabit Adapter?