How to get access to unaccessible SSD drive and weird partition volumes?

I bought a ASUS S46CB a month ago, and it boasted, among other features, two hard drives: a 20Gb SSD and a regular 1Tb hard drive. After booting, I saw that the 1Tb disk was splitted in half and decided to take a look with Disk Manager, only to find a lot of weird volumes, as the picture shows. It looks like my SSD partition (Disco 1) is not used by the system at all, but for some kind of restore storage. I manage to mount the 8Gb partition and found it to be baffling empty, with less than a 1Mb (Megabyte, really) used. I couldn't figure a way to mount the 12Gb partition to see what is it being used for, neither through diskpart nor through Disk Manager. The same happens in "Disco 2", where there's a 20Gb partition that I can't get access.

My guess is that the "Disco 1" stores the notebook restore function (OS, drivers, etc), and that the 20Gb partition in "Disco 0" does the same. I'd like to move them to an external hard drive, wipe them off and store the system in SSD, while keeping the 1Tb exclusively for my files. But how? I'm using Windows 8.1. 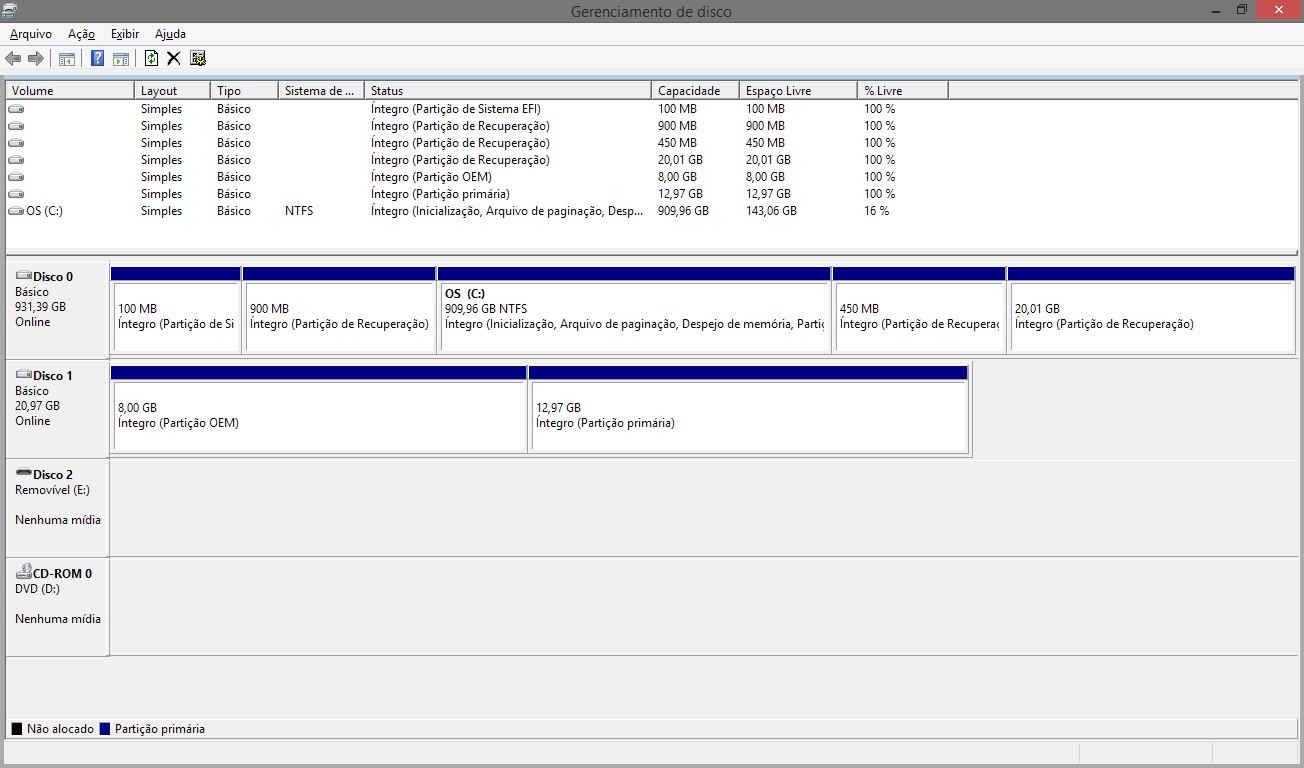 The SSD drive is being used as cache. It holds your most frequently used files. The empty 8 gig portion of the SSD is a reserve pool for disc1 primary partition. Your restore files are not located on the SSD. The SSD is inside the HDD package.

Not the answer you're looking for? Browse other questions tagged hard-drive partitioning windows-8.1 ssd external-hard-drive or ask your own question.

3
OSX duplicated and re-numbered my Drive in /Volumes/
1
Clone Windows 8.1 and bootloader (Which is on another drive) to SSD
0
How to move a non-boot partition from one drive to another?
0
How can I move disk space to drive :C with ssd card from :D with regular hard drive?
0
How to clean a working SSD, repartition and reinstall Windows 10