I recently switched to Windows 8.1 64-bit Pro, and while I'm liking it so far (Minus Metro), I have a pretty serious problem...

Process Explorer (And Process Hacker) show rogue processes. So far I've only noticed cmd.exe, but there may be others. Basically when a cmd.exe process is created, then closed - Window's task manager doesn't show it, but both Process Explorer and Process Hacker show it forever, even if I close and reopen them. Worse yet, I can't kill the processes as I get this error (Even when run as admin):

What's going on here? How can I fix this? I'd like to keep using Process Manager/Hacker, but if it fills up with these dead (I'm assuming?) processes, that's obviously not an option.

There are also a lot of dllhost.exe processes running, and they look like they're all the same - they're all within 4kb of each other in private bytes, but exactly the same working set.

Also on most of the processes the lower pane in Process Explorer is either blank, or has absolutely no useful information (And is only 9 or so lines) and is identical to the other processes of the same name, for the most part. 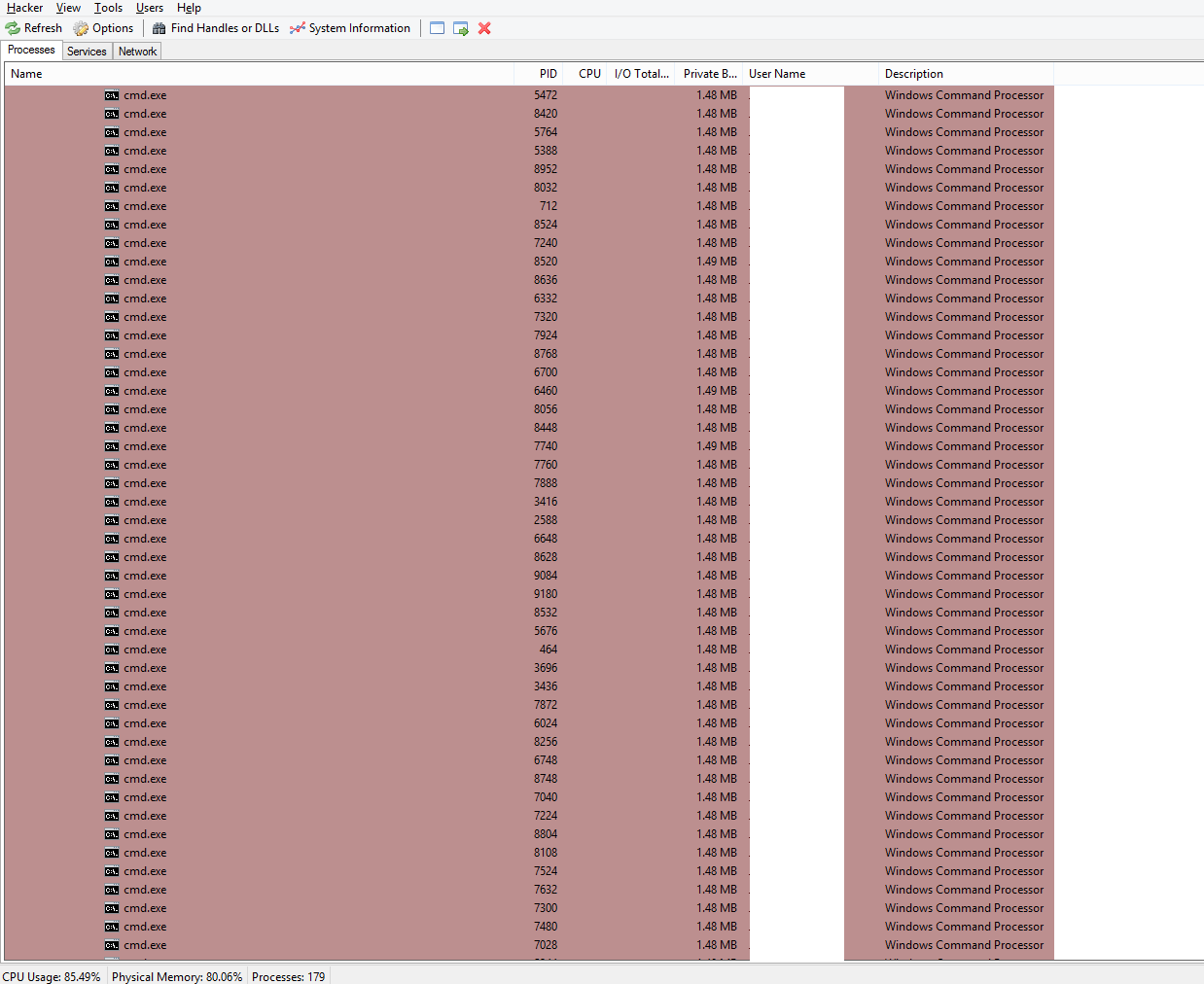 You see Windows 8 has introduced the new feature of not actually killing the applications entirely as it was in older versions of Windows but simply suspending their thread and storing their current state.

This allows for such proces to start up much faster the next time you use it since some resources of that process are still stored in the memory.

Don't worry Windows Will fre that memory and fully kill those processes if that memory would be required by some other process.

18
How can I kill an unkillable process?