How to share PC Internet over WiFi (i.e. make my Windows PC an Internet hotspot)?

Is it possible to share my laptop's Internet connection with my Android Smartphone (Galaxy S III mini) over WiFi?
I am running Windows 8.1 which is connected to the Internet using mobile broadband (via a 3G modem). It results in a connection named "Mobile broadband" in my Network Connections, as follows: 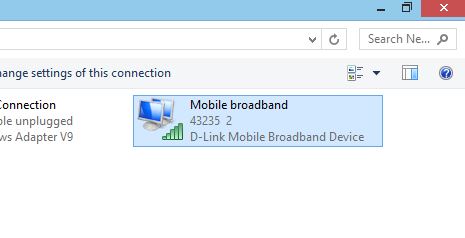 There is a tab on Mobile broadband's properties named Sharing as follows: 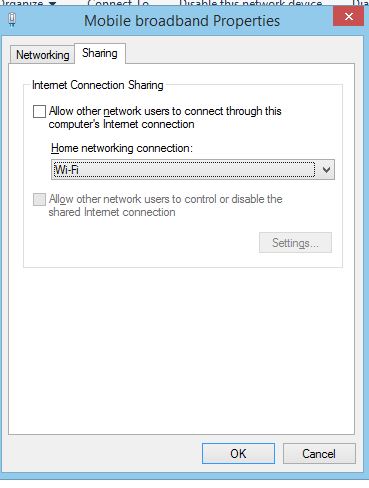 When I check "allow other network users to connect..." and choose Wi-Fi from the drop-down menu, I cannot see my PC in my phone's Wi-Fi list, no matter how much I refresh it. What am I wrong doing?
Update: Windows 8.1's own solutions are preferred. If it is not possible to do it via Windows alone, are there any free software?

Allowing your network connection to be shared does not itself cause the creation of a Wi-Fi network.

You can create an Ad-Hoc wireless network in Windows 8.1 if your wireless driver supports putting the card in the correct mode.

To find out if your card can do this run the following command in an elevated command prompt:

If hosted networks are supported then you'll see:

if you do not see this, then you can't use the remainder of these instructions as they discuss configuring and starting a hosted network.

After setting up Internet Connection Sharing you can create an Ad-Hoc wireless network using your computer's wireless adapter using by running the following commands in an elevated commmand prompt:

This command sets details of the hosted network such as the SSID (network name) the password (key) and whether the password is persistent across reboots.

If running this command succeeded you should see output similar to:

Now that the hosted network is configured you must start it with the command:

If this succeeded you should see output similar to:

The hosted network has been started

To shutdown the network when you're not using it run the following command: netsh wlan stop hostednetwork

Things You Should Know

If you can't use an ad-hoc network or don't want to live with the security implications, I suggest looking for an application which creates an infrastructure mode access point similar to a typical wireless router. I've used Connectify to do this, the free version is limited, but does at least allow the use of more robust encryption options.

Disclosure: I am not at all affiliated with Connectify in any way, I've just used it and found that it worked for me.

Not the answer you're looking for? Browse other questions tagged networking windows-8 wireless-networking internet or ask your own question.