Types of low perfomance in videogames

1. The basic one, when you have a low frame rate during the game.

2. When the game is fluid in some intervals of time, but it freezes a little bit when looking around or charging images very fast.

I couldn't find better words to explain what I mean, the case is that I always wanted to know what is the reason that causes each type of bad performance. I think the first one is the GPU, which can't handle certain amount of data with high speed, but the second case intrigues me... Why is the game fluid sometimes, but freezes in some intervals? for example, you play fluid for 3 secs, then you have a little freeze and then return playing fluid. Is this the GPU too? or is it the processor, or both...

If you could give me a hand, it'd be great. (Two things, first of all, I'm sorry about my english, secondly, if this isn't an appropriate place for asking this, let me know and I'll erase or change my question). Thanks.

Thank you for all of those specs. I am not sure how familiar you are with performance monitoring software but below you will find an outline of various programs you can use to monitor your laptop and figure out the exact bottleneck.

This is by no means an exhaustive list but it should point you in the right direction for figuring out how to diagnose the bottlenecks you are experiencing.

If you have access to a secondary monitor then I highly suggest you put these programs onto that second screen so that you can monitor the performance in real-time.

With the Task Manager you can monitor how hard your CPU is working while you play your games. If it is spiking to 100% across all of your cores then I would expect you are experiencing computational lag meaning that some calculation such as AI movement and other things are taxing your CPU. One important note about your CPU is that it has no L3 cache which means your CPU has less readily available, low-latency memory to perform computations. This would translate to more frequent trips to you system memory which is orders of magnitude slower than CPU cache.

The task manager will also show you your memory consumption but if you have 6gb or more RAM then I doubt this is causing an issue. In my screenshot I am using 3.73gb out of 16gb

See how your CPU stacks up against others here 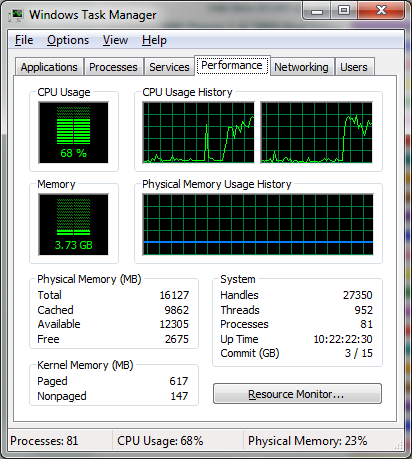 With GPU-Z you will be able to see how hard your GPU is working, how high or low of a boost it is reaching, and how much dedicated VRAM is being used.

If your GPU load is always at 100% then that means the graphical demands of the game are too high so you need to lower some settings, especially anti-aliasing if you are using it.

You can also monitor your GPU temperature which is extremely important because if your laptop does not have sufficient cooling then your GPU clock and VRAM clock will lower themselves until you are within thermal limits which can also cause stuttering if it is constantly rising and lowering.

See how your GPU stack up here. Unfortunately it's not listed but it should only be marginally lower than the R9 M295X.

Modern CPUs are allowed to boost or downclock their individual cores on an as-needed basis. This is governed by how much is being asked of the CPU and the current thermal state of the CPU.

Single-threaded games benefit greatly from this because you can have upwards of a 1GHz speed increase on the core being used and the rest can throttle down and conserve energy. If all 4 cores are being demanded then you will see a much smaller boost, maybe .3GHz because the CPU is always trying to stay within thermal limits. If your laptop cannot sufficiently cool the CPU then you will see a downclock across all 4 cores which can result in stuttering. 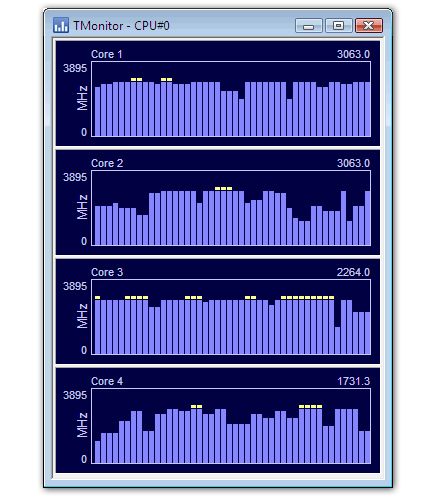 HWMonitor provides an easy way to watch all of your temps. You will need to research the safe operating temps of your components and recognize when their limits are being reached. 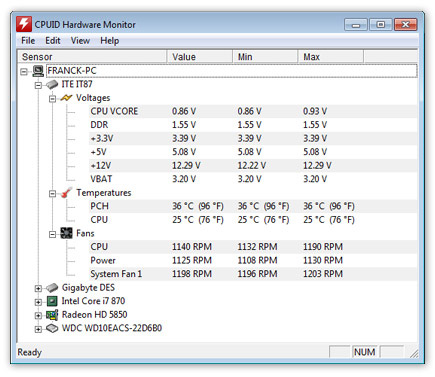 This is simply an insanely powerful monitoring tool. I will not be going over what to look for in here but feel free to search the internet to find out about it's capabilities. 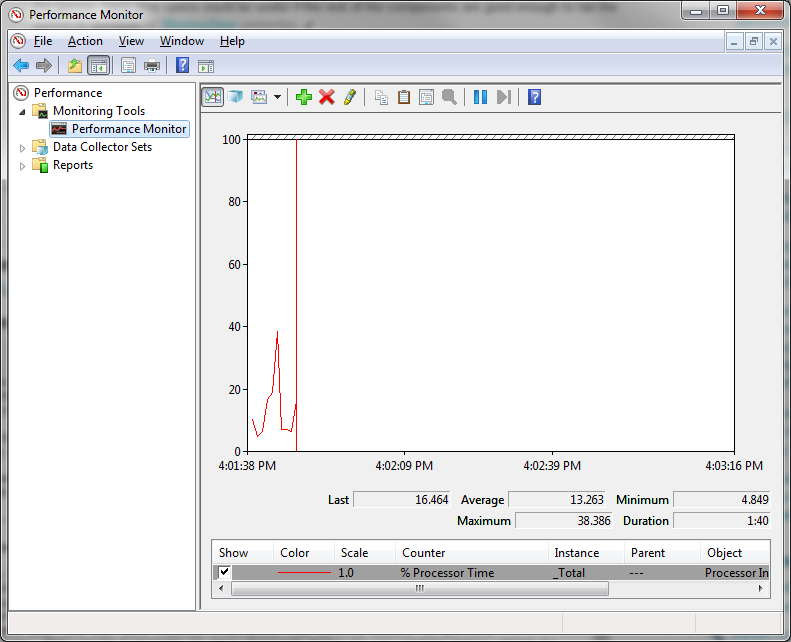 If your game is loading textures at an alarming rate then it is possible that the stuttering is caused by loading textures from the disk rather than memory. This depends highly on how the game is programmed but this is unlikely unless you were trying to use a 1GB GPU with 2GB system RAM.

Not the answer you're looking for? Browse other questions tagged performance gpu gaming framerate or ask your own question.