Is there a difference between 8-pin EPS12V and PCI-E connectors?

I was reading this article, and a question came to my mind. 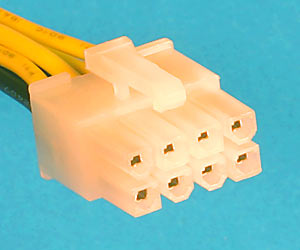 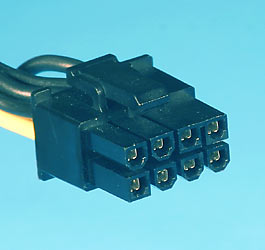 Besides the name and the color, these 2 connectors look the same.

They are completely different.

You shouldn't be able to switch between them - the square and rounded off connectors are arranged such that you can't. Note the top left connector on the EPS 12V is squared off, while that on the PCIe is rounded off in the image before.Essentially differences like that are to prevent you from plugging in a PCIe connector into a EPS12V. There may be other differences, but I don't have these connectors on hand/

The power connectors are different - while they're both 12V (yellow) and ground (black) the row closer to the clip of the PCIe connector is ground, and the bottom is 12V, and its the other way around on the EPS 12V.

Attempting to switch between them will result in physical damage, from attempting to fit physically different connectors and electrical damage, from reversing the power feeds to the device. I'd recommend inspecting the connectors (which are typically labelled), as well as the order/colour of the power cables connected to the connector in working out what a cable is. Connectors themselves however are not typically colour coded in any way.

it should be said, as this generate a doubt for non used user, that all the sockets (on a modular power supply) that are marked CPU/ PCI-E are identical. One could think a part of them are for CPU (12V) and the rest for PCI-E. In fact it is the cable itself that swap 12V pins and GND pins to comply with the mother board pin arrangement.

Unfortunatelly it's not true that you cannot connect PCIe 8-pin plug to EPS-12V (EATX) motherboard slot. It might be only an exception found with FSP PSU, but a single difference in one male pin on PCIe connector allows to plug your PSU totally wrong. 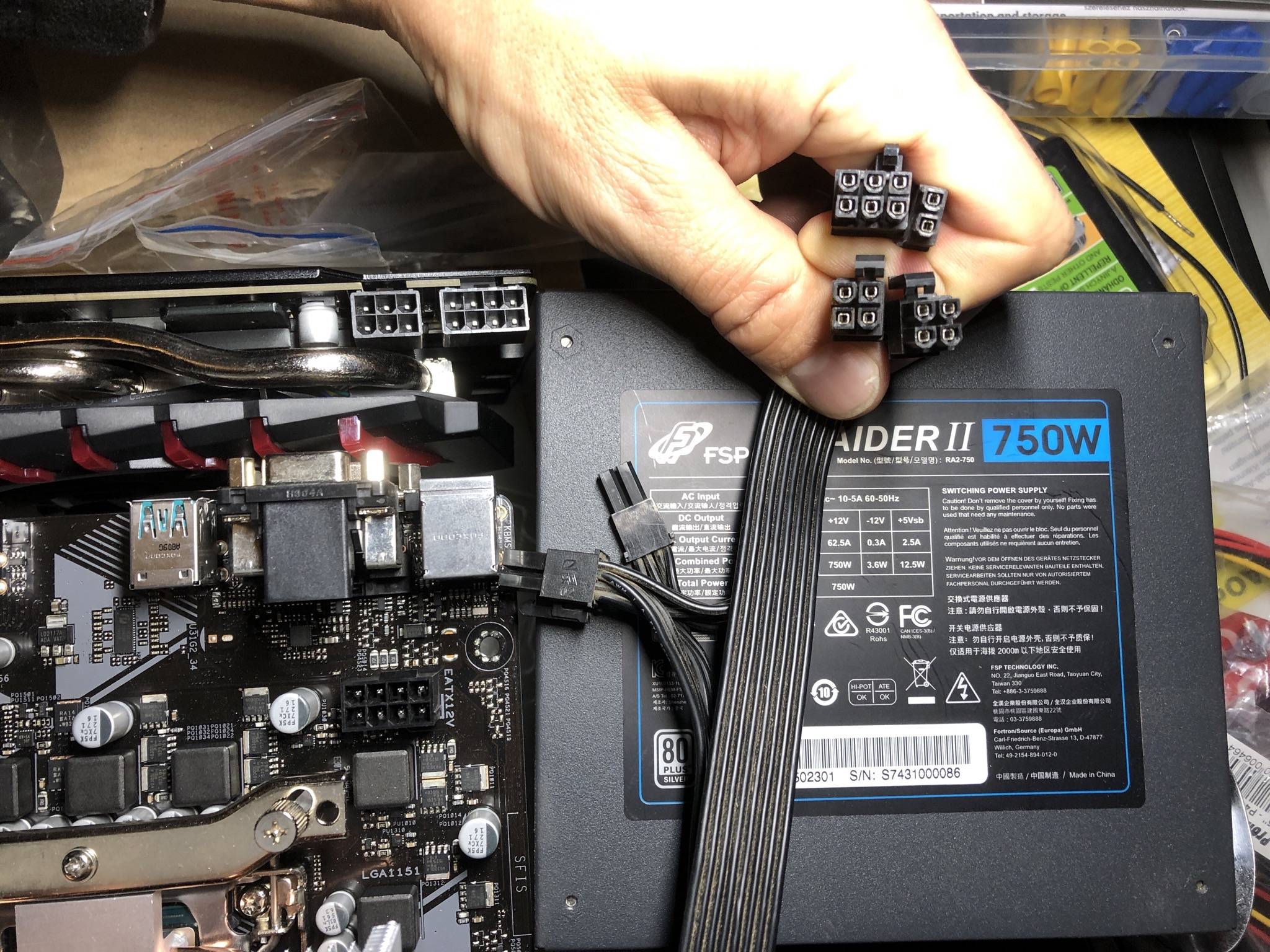 This way one could easily destroy motherboard/CPU components. I don't know if this is the only PSU having this flaw, I haven't seen PCIe plug with rounded top right pin on Corsair PSUs.

Some cables come in all black, especially those come with power supply for cosmetic and some in all yellow anyway, you can't actually rely on the color.

Despite the color of the wires:

As said, I have successfully converted EPS extension cable for PCI-E by swapping the color wires and cut a slit on the female connector.

McdullMcdull
1
Add a comment  |
Highly active question. Earn 10 reputation (not counting the association bonus) in order to answer this question. The reputation requirement helps protect this question from spam and non-answer activity.

1
Power supply has 2-pin, 6-pin and 8-pin connectors, board wants 4-pin. Which one is right?
1
EVGA Geforce GTX 760 ACX Installation issues
0
Connect ASUS R9 280X to Corsair HX850
0
2 GPUs with 6+8 pin connectors: does it help to use 4 cables instead of 2?
1
Do the molex connectors on a 2x molex to 6 pin PCI connector need to be on different leads?
0
PCI-power cable to two molex female connectors
5
How much power output can an 8-pin to 2x 6+2-pin connector output?