The Xen host sees the drive fine, fdisk -l lists it with the correct capacity, etc. I can even use gdisk to create a partition and format it with ext3, then mount and transfer data with no problems. However, I tried to create a local SR with XenCenter but the process fails at the point I attempt to add a virtual disk of any size.

I also tried Attach Disk to directly attach to the virutal guest, where it is detected by Windows, but due to the drive having 4k native sector size, the capacity reported is 30+ TB, and any attempts to perform operations on the drive yield I/O errors.

Am I going to have to return this drive and purchase one with emulated 512 byte sectors? Or can anyone point me to a solution? 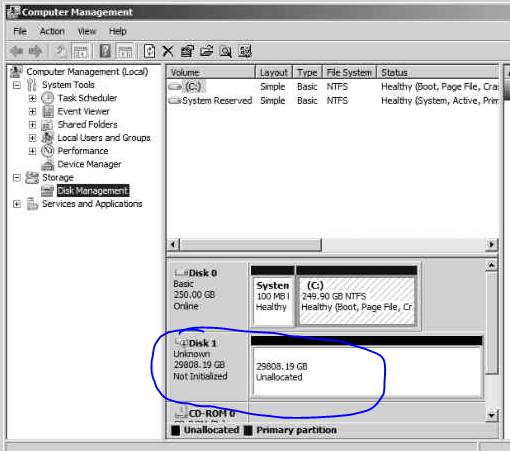 I found a note by someone on Amazon stating that the Seagate drive has native 4k sectors and doesn't work with Windows Backup/etc.

More info here about support for native 4k. Looks like only Windows 8 and Server 2012 support it.