Determine which CPU a process is running on

Using Sysinternals' Process Explorer, is there a column that can be used to indicate which CPU a process is running on? If no column, is there some other way?

I am very impressed with the features integrated in Process Explorer but would like to see an option to display each process CPU affinity in the main window as a column toggle.

Thanks for superb utilities. My request is to add a column option to process explorer to display CPU affinity. That's it.

It would be really nice if there were a new Process Performance View Column called Core Usage that would show a sum of the usage over the core that the process is running on.

Basic synopsis: It can't be done.

Threads are what are sent to cores for processing, not processes. Most modern processes have multiple threads.

But if you don't specify, then the thread(s) will be controlled by the OS and underlying processing hardware, and would jump around between processors at a speed that would be unwatchable, and very likely inaccurate by the time it was displayed to you.

Perhaps check out these SU question for more:

Now if you wrote the program, you could use the GetCurrentProcessorNumber, which reports the current processor in use by the thread from which the function was called.

Using this will allow you to make estimations about processor usage by your threads, as you can never be sure where the threads will be one cycle to the next (again, unless you set the affinity on purpose). 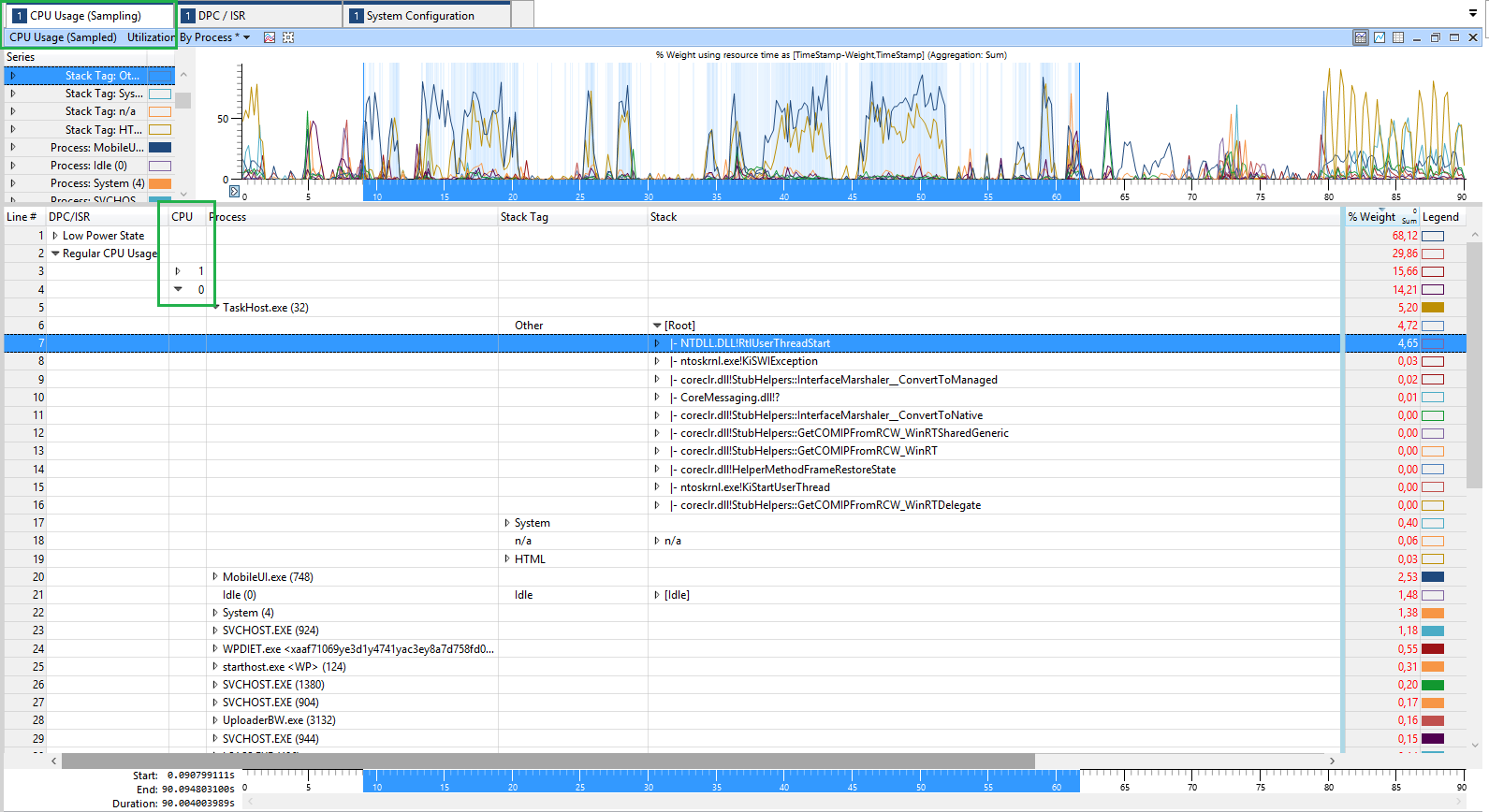 Not the answer you're looking for? Browse other questions tagged windows cpu process-explorer or ask your own question.

27
What are threads, and what do they do in the processor?
8
How do I see a log of which process was running on which CPU and for how long?
3
How does a process “pick” which core to run on?