How to fine-tune TTF rendering in xterm?

I've been trying for the past couple of days to get xterm to display the same font that I have gotten used to in konsole for the last few years – it works for me quite well even with relatively small face size. xterm seems to render the font in a way that's much more difficult for me to read.

Here's a couple of screenshots for comparison. 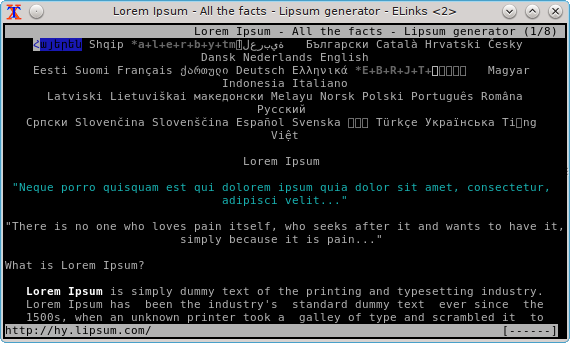 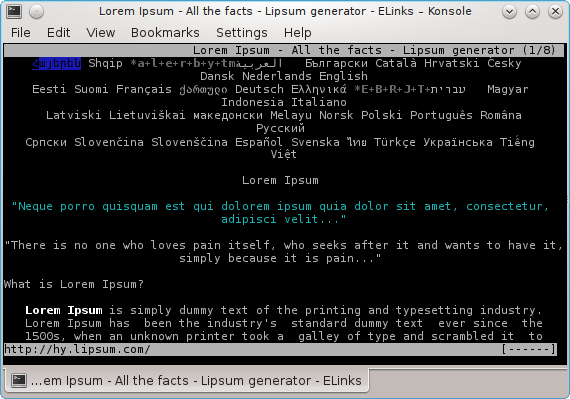 The font in question is DejaVu Sans Mono 8. Both are antialiased, obviously. I even applied the color scheme from konsole to xterm, thinking that might be the reason for the difference, but it was not. Also, in konsole I have the “Draw intense colors in bold font” checkbox enabled, but the difference is clear in both the bold and regular font.

The difference appears to be in how aggressively each application antialiases the font. In xterm the text is much more blurry and also considerably more difficult to read, at least to me. It is probably most obvious with the character m, which in the non-bold version has the first “leg” spread across two pixels in xterm, whereas in konsole, it is nice and sharp.

I am getting the same results on both Gentoo and Ubuntu, and with both the conservative setup in /etc/fonts/conf.d on my Gentoo laptop, as well as the all-in setup on Ubuntu.

Bonus points if you can figure out why the hell does xterm fail to display some of the non-Latin characters, although I don't mind that as much. It just doesn't make any sense to me. It might be a clue, though...

Here's the relevant part of my .Xresources:

Update: To clarify, getting xterm to use TTF is trivial; what I'm looking for is a way to fine-tune the way TTF are rendered in xterm to match the settings used by konsole (and pretty much any other X11 app, for that matter). For some reason, xterm seems to ignore everything besides the face name and face size of the TTF font I try to set, either in Xresources, or in my fontconfig settings (which are correctly picked up by the rest of the system).

In xterm(1) you can change the font type by holding down the CTRL key and right-clicking in the window. I say sort of because you don't get a lot of choices. Clicking the "TrueType" option will give you results closer to what you are looking for. You can gain more control by editing the Xresources file as I am sure you know - See: https://wiki.archlinux.org/index.php/Xterm for examples on how to modify this to suit your needs.

xterm(1) does not display most non Latin characters by default. you can use the -u8 option or use the uxterm(1) wrapper

Try this command, you can adjust the size to suite your need or leave it out and CTRL-rightclick to change the font size

This is due to GTK apps and xterm using wildly different ways to configure fonts. GTK uses font-config, while xterm/Xft use X resources.

To configure Xft fonts using X resources add this to your ~/.Xresources:

This setting modifies the kind of antialiasing. Here are examples xterm screenshots taken with xmag, without any rgba setting, and rgb, grb, vrgb. They all have different crispness, color fidelity and apparent brightness. 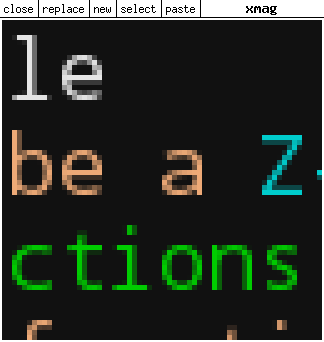 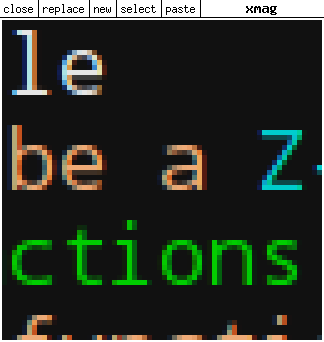 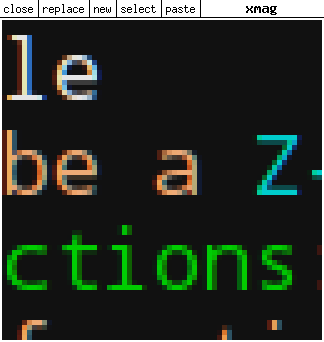 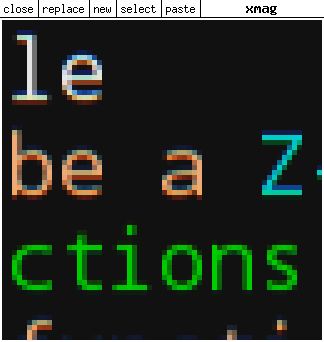 The difference in rendering you're seeing between Konsole and xterm comes down to the fontconfig hinting settings. You can tell that hinting is involved if you compare the shapes of the glyphs between the two screenshots; the zero is shaped slightly differently in Konsole because it has been snapped to the pixel grid (which is among the things font hinting does).

Konsole is likely picking up settings from some additional layer of KDE configuration, while xterm only honors the low-level fontconfig settings.

I've been working on this on my Arch system recently, and the combination of settings that most closely replicate what you're seeing in Konsole are (put this in your .Xresources):

Some fonts include hint information from the designers of the font. Some don't. The freetype autohinter (Xft.autohint: 1) will generate hints for the font, and the hint level hintslight will fall back to the included hints if present. It's probably also worth trying hintfull; comes down to your preference, plus the quality of hints present in the font you're using.

(You aren't using subpixel antialiasing in those screenshots, and another commenter already explained how to start using it if you want.)

Here are my before and after screenshots at each hint level. (7pt Anonymous Pro on a 192dpi display.) 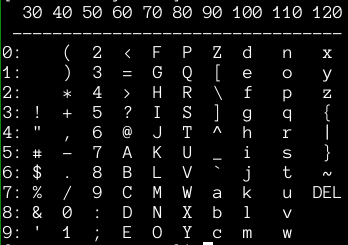 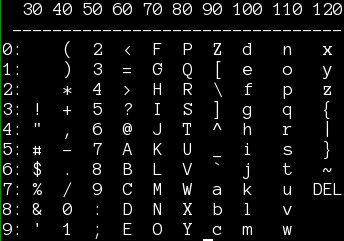 Not the answer you're looking for? Browse other questions tagged fonts xterm anti-aliasing konsole fontconfig or ask your own question.

4
Missing glyphs in Terminus font, how to setup a fallback font?
4
Configuring fonts for xterm, urxvt, emacs and others
7
How to get TrueType fonts to display in xterm from a .Xresources file?
19
How do you know the correct name to use for X11 fonts for XTerm*faceName or xterm -fa <NAME>?
1
Windows 7 Notepad using Terminal 6 font shrinks line font with grave character
0
Why does iterm2 toggle font rendering with every other boot
2
Fastest rendering fonts in gnome-terminal
2
Install TTF font on xterm (cygwin)
1
Why would text be blurry in Excel 2016 under Windows 10 on one PC and not the other?