When I configure the IP address of VirtualBox 4.3.2 (running on Windows 8.1) host only adapter, it changes it back to some other IP. Guest OS is CentOS 6.5.

I tried to set the IP in network connections in device manager. But I get this error after I clicked on properties of TCP/IPv4:

In order to configure tcp/ip you must install newtwork adapter.

I want to give these settings to Host only adapter:

Here is the output of hostonlyifs:

As you can see above it shows DHCP enbled even though I did not enable it.

I tried doing this:

For example, on my Mac OS X setup of VirtualBox, under “Preferences…” for VirtualBox itself —under “Network” tab/panel—I have a “host-only” adapter that is called vboxnet0. That is set as follows in the “Adapter” panel: 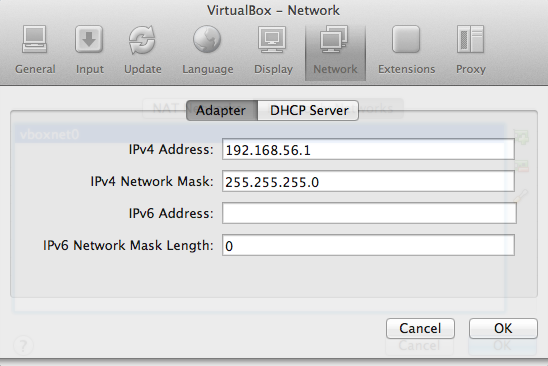 Note that I have the following set in the “Adapter” panel:

Then, in the actual “Settings” for the virtual machine you want to have this setup for, click “Settings”. Now, the main adapter—“Adapter 1”—should be set to the standard defaults as pictured here: 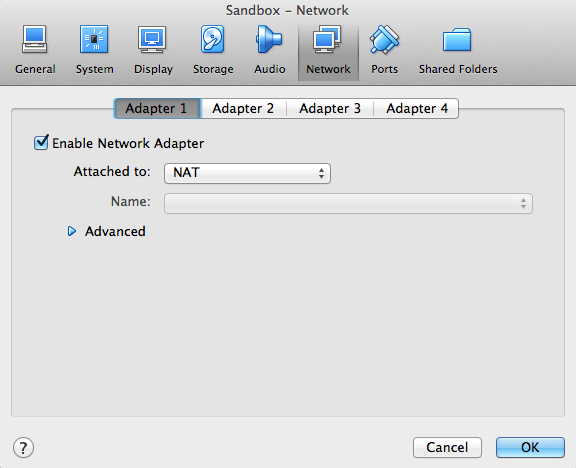 But then under “Adapter 2” you want to enable that adapter and set the “Attached to:” as “Host-only Adapter” and then set the “Name:” vboxnet0 as pictured here: 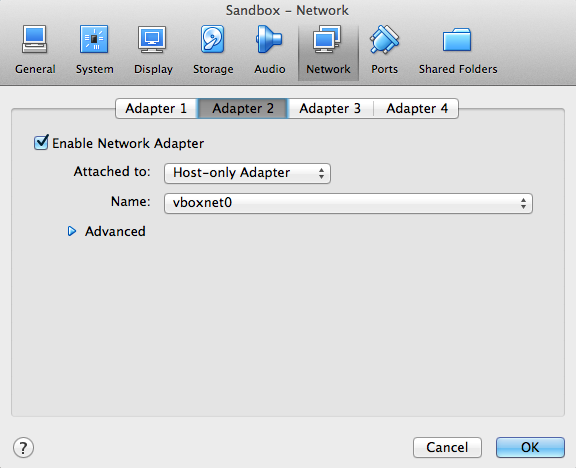 With that done, start up your guest OS—I am using Ubuntu, but this should work for most any Linux guest OS such as CentOS—and then type in the following to manually start up your new network connection on the second network port:

Now that sudo ifconfig only inits a temporary connection. If you were to reboot right now, that connection would be lost. So if you want to set this up as a permanent setting you would have to edit /etc/network/interfaces as follows. First, open up that file using your favorite text editor; I like to use nano:

The contents of that file would look something like this:

Note how the setting for eth0 is DHCP; leave that as is. To add the new network interface, you would add something like this to the bottom of the file:

Not the answer you're looking for? Browse other questions tagged networking virtualbox windows-8.1 or ask your own question.

10
How to access server running in VirtualBox from the host?
4
Connecting to host OS database from guest OS VirtualBox virtual machine
0
Getting two-way communication between guest OS and host OS working in VirtualBox
0
Problems with local networking on Kali Linux
0
How to reliably set up communication between the VirtualBox guest OS and host OS?
0
VirtualBox VM with Kali Linux cannot be reached from the host OS
0
How to SSH to virtual machine locally without internet connection (or external modem)?
0
VirtualBox host-only static IP connection problems