On a computer normally running Windows 7 (sda4) and Linux (Mint, sda5) in dual-boot, I have created two separate partitions (sda6 and sda7) within the same extended partition (sda3) as the Mint installation (sda5), in order to install other operating systems for test purposes , especially Linux, but also Windows 10 Technical Preview.

So, there are 5 main partitions, one for each operating system installed, and one separate ntfs partition (created with the initial Windows 7 installation). In Linux, the Gparted program shows the partitions like this:

In Mint (Thunar file manager) all drives are visible: 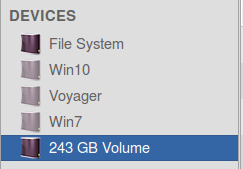 In Windows 7 (sda4), as expected, the ext4 drives of the Linux systems are not visible, but all ntfs drives are:

Windows 10 was the last system installed and that resulted in it being the only bootable system, so I had to repair (remove and reinstall) the grub from a Linux live usb.

This is old post now but most probably the problem was that the unaccessible drive had no propper letter assigned.

Right-click the drive that you want to change, and then click Change Drive Letter and Paths. 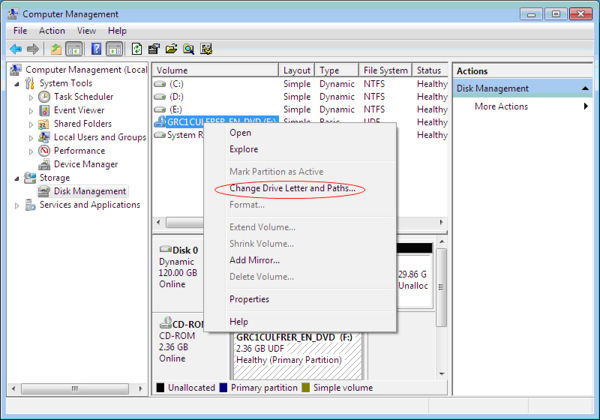 To assign a drive letter if one has not already been assigned, click Add, click the letter that you want to use, and then click OK. 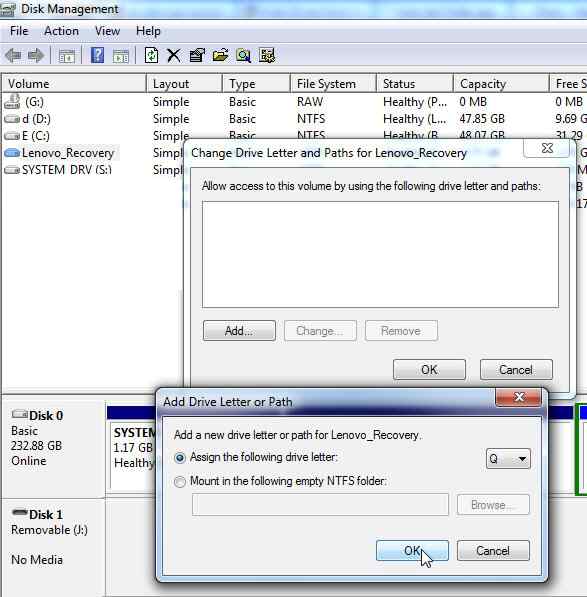 0
How can I identify which device caused a `/dev` entry?
1
NTFS mounting problem
1
How to partition so as to install more Linux Distributions
5
How can I manually delete my Ubuntu partition?
3
How to organize a hard drive for Linux/Windows sharing?
1
How should I organize hard drive to share a drive if I use both Linux and Windows?
0
Restore Windows 8 and Linux (Debian) /boot/efi
1
GRUB2 multi-boot with one boot partition