After it restarted it crashed, the second time it booted it attempted to go into the windows startup repair and promptly errored with "Ramdisk device creation failed Insufficient ram" or something similar (Later tried this with a windows 7 x64 bootdisk and had the same result). A regular boot consistently crashes, safe mode crashes and Disable automatic restart on system failure sits at a black screen and nothing happens (waited 10+ minutes before manually rebooting), We attempted to swap the ram around and got the same result, we attempted to run memtest on this machine and it crashes as soon as the test begins (blue screen for about a half second before it begins the test) The crash is something I have never seen before and I could not find this online anywhere, heres a picture: 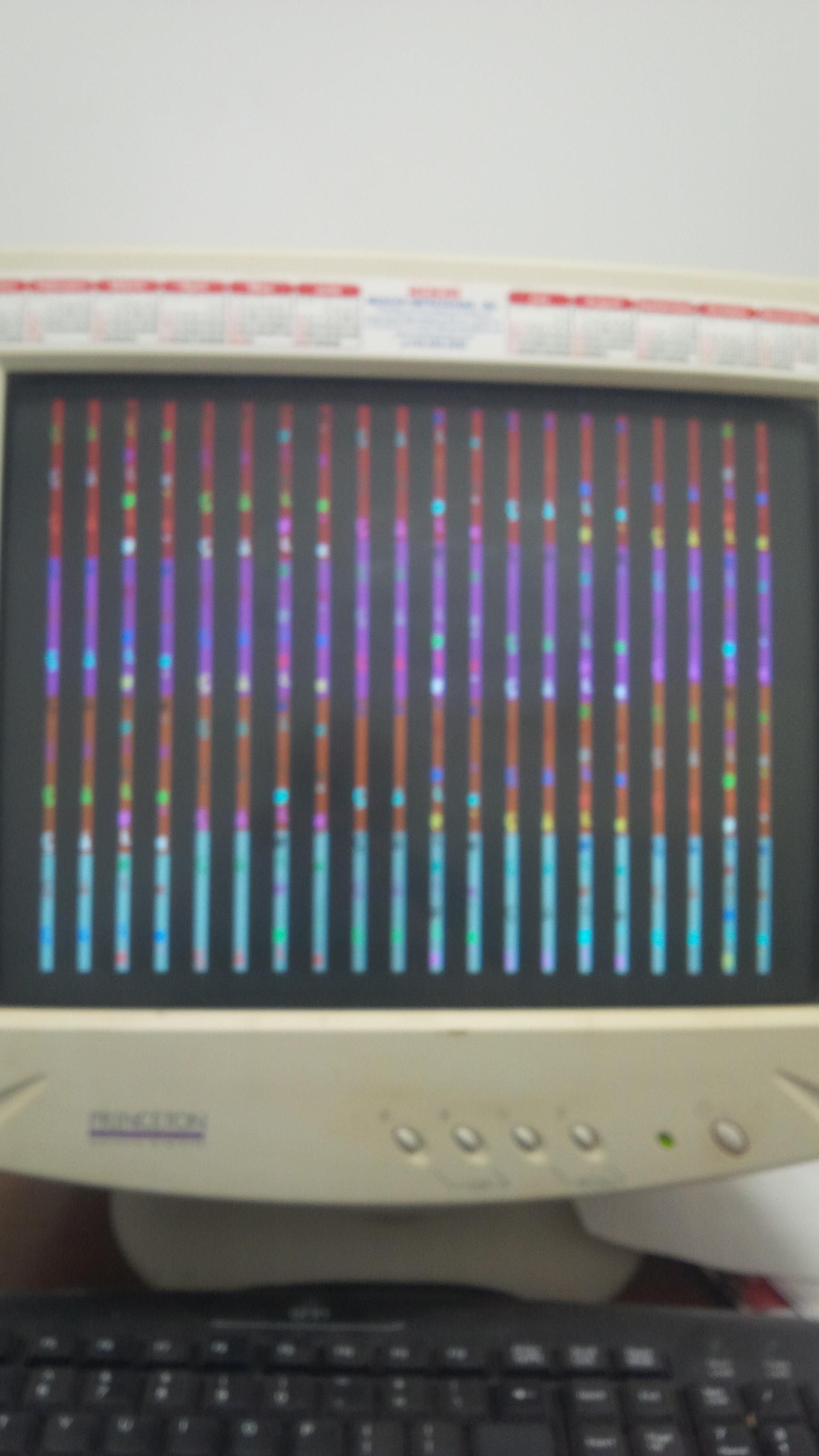 Note that the three times I attempted the memtest was with the minimum ram (8 GB) as each stick is 4 gigs and it will not boot without at least one stick for each processor.

After Memtest I attempted to boot a Windows XP live disk (Hirens) just to see if it would work, it fails with the error: "Couldn't Initialize Memory"

So my question is, has anyone run into this problem before and did they ever figure out what issue was causing it? I'm leaning toward this being a motherboard problem but we have no direct way to test it.

After some other testing we decided to remove the raid card from this machine and test, the machine booted from the same CD tested earlier and ran mem test OK. After re installing this board it failed again, upon attempting to access the raid bios to check for errors the screen goes black and stays there.

Solution to this error was the hard drive controller and not Memory Related at all, just goes to show you how misleading errors can be.

Not the answer you're looking for? Browse other questions tagged boot memory crash or ask your own question.

2
Random Crashes and Memory errors every 2 months
1
Why do I always have major memory errors on the first boot-up of the day?
2
Is it possible that a firmware update made startup slow?
0
Memtest throws same error after replacing memory module. MB issue?
8
Too much hardware reserved memory