I’m trying to run an old game (Nascar Heat 2002) on my Windows 8.1 laptop. The problem I am having is that the game crashes before startup, and in the logs it reports that no video ram is available. This is the log file:

As far as I can tell, the version of DirectDraw included Windows 8.1 isn’t compatible with older games such as this. I have tried using WineD3D’s libs, among other ddraw wrappers/hacks, but to no avail. So my question is this: Is there a way to force an emulated amount of vram (my card does have video ram) either in Windows or in a ddraw wrapper, to ensure this game detects it? I've updated to the latest catalyst drivers and have the Microsoft DirectX 9.0c End-User Runtime

I have a sneaking suspicion...

I can smell a video card detection routine gone bad from here. This has nothing to do with Windows and\or DirectDraw (well partially it does, but not the way you think). It's just an old game makes assumptions that are no longer valid. It's not uncommon. For example Oni game crashes on modern videocards:

This problem has been traced to the overflow of a particular text buffer - the one that lists the OpenGL extensions in the startup.txt file. When Oni was written, the OpenGL extension list dump was much shorter, and the developers did not allow for a larger dump. Modern graphics cards almost always cause this overflow.

We need to go deeper

I don't own Nascar Heat 2002, but I've downloaded a NASCAR Heat Demo and it's exhibits exactly the same problem. So I've unholstered my debugger and disassembler and spent an evening trying to figure out what's wrong with the game.

The game actually consists of two executables, communicating with each other via semaphore: the main executable (NASCAR Heat Demo.exe in my case), and the actual game engine (.\run\race.bin). The videocard detection routine is in the race.bin. On game launch the main executable copies race.bin to the Windows TEMP folder as heat.bin and runs it from there. If you try to rename race.bin to race.exe and run it, it searches for semaphore that should be created by the main executable, and if it's not found displays this message: 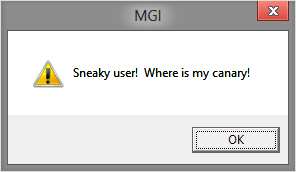 After a disassembly and quick look at the string references, I've found a function call that prints vid: 0 meg card (reported:0.523438) message. It's actually a part of videocard memory size detection procedure, that in pseudocode looks like this (oversimplified):

For ones interested, here is actual control flow of the function from the IDA with my comments. Full-size image onclick. 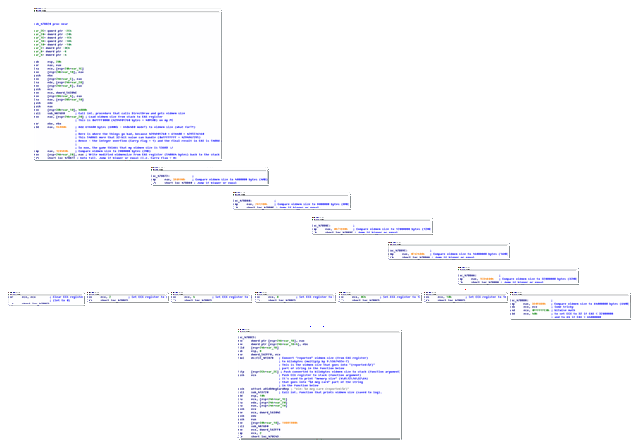 Now it's time to actually look at what's happens inside this procedure. I've used a classical break & enter trick (patched the first instruction at race.bin's entry point with int3), launched NASCAR Heat Demo.exe and waited for debugger to pop up. And that's when the things became clear.

Video memory size returned from GetVidMemSizeFromDirectDraw() is 0xFFFF0000 (4294901760 bytes = 4095MB) and it's has nothing to do with the real thing (should be 1Gb on my PC). It turns out that DirectDraw is not well suited for the modern videocard\PC architecture

With the growth of physical memories both RAM and VRAM, this API is also having problems coping since it returns 32-bit DWORD counts of the size in bytes.

You run the Direct-X Diagnostics tool, and it reports that you have an unexpectedly low amount of Approximate Total Memory on the display tab.

You may also see issues with some games or applications not allowing you to select the highest detail settings.

On a system with 1GB of video memory, the following values are returned with the associated system memory:

So in my case it's just reports the value that almost fits into the 32-bit integer. And that's where the things go bad. Remember this line?

You can check this yourself in this online x86 Assembly emulator. Enter the code below, in right left corner click Windows and check Registers checkbox. Click the Step button and watch how 0xFFFF0000 in EAX register becomes 0x00086000 with Carry flag. If you click on register value it will toggle between hex and decimal representation of a number.

DirectDraw will probably never return a value more than 32-bit integer can handle1 (it's seems to be capped to fit regardless of actual memory size. So the easiest way to fix this problem is to remove RawVidMemSize = RawVidMemSize + 614400 operation from the code, so it wouldn't trigger the overflow. In executable it looks like this:

To remove it we need to replace it with NOP instructions (hex: 90). I already know the file offset, but it can be diferent in your executable. Fortunately, hex-string 0500600900 is unique in my race.bin and probably in yours. So get hex-editor (I recommend HxD: it's free, portable and easy to use) and open your bin file. 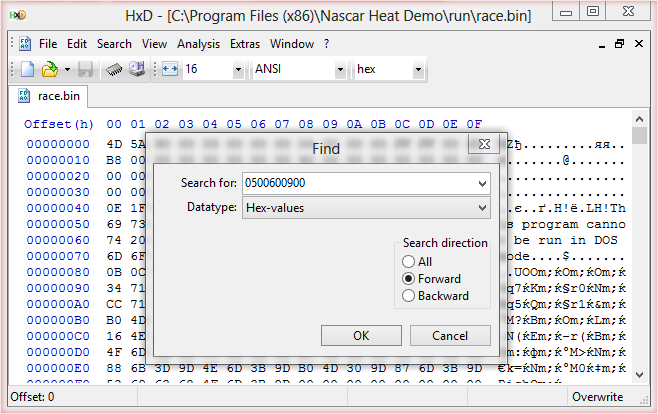 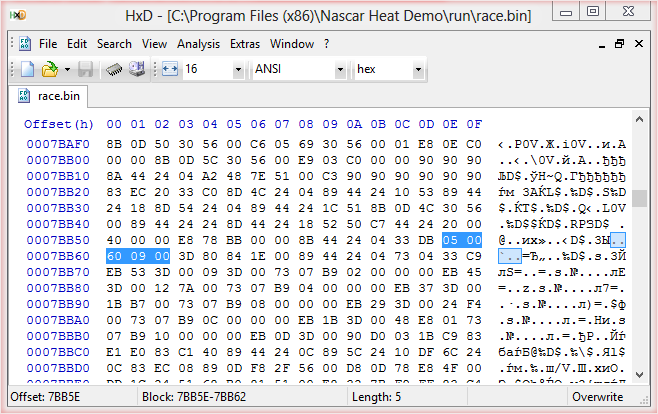 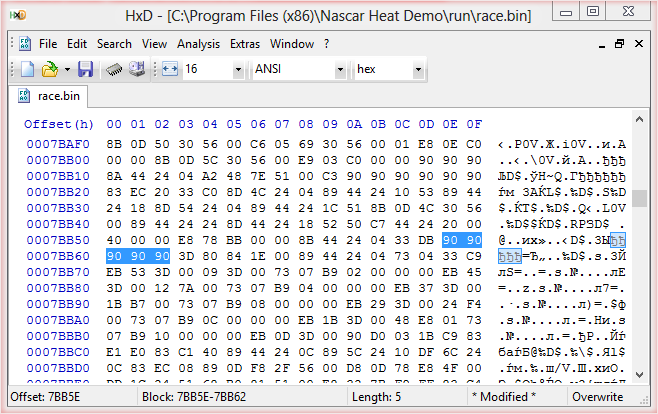 Save the file. HxD will automatically create backup of the file, wich you can restore if something goes wrong.

In my case this was enough and I was able to start the game. Here is how heat.log looks after the patch:

If your file by chance will contain several occurrences of 0500600900, replace the first one, then try to start game and if doesn't work, restore file from backup and try next. Don't replace everything at once, this is not a good idea.

It's also have been confirmed that the same bug exists in Viper Racing. Viper Racing uses slightly different (older?) version of the game engine than Nascar but the bug is the same: it too tries to add 614400 bytes to the video memory size. The values to search are different because in this case compiler decided not to use registers and just accessed variable from stack, i.e.:

Not the answer you're looking for? Browse other questions tagged windows-8.1 video directx vram or ask your own question.

7
DirectX on Windows 7 - older game
6
How do I disable DirectDraw and Direct3D acceleration on Windows 8?
1
Games for Windows Live - Windows 8.1 x64
1
Windows 8.1 With Bing and Sysprep
0
ThinkPad T400 and Windows 8.1 “compatibility and support”
1
Can you downgrade Windows 8.1 to an older 8.1 version?