I created Certificate Authority (CA) according to Ubuntu help using openssl. After creating a certificate for Apache2 and adding to certificate to it, I want to import it in Firefox. In the end of document, there is some information for adding CA certificate to Browser. Before that I should create PKCS#12 certificate using follwoing commands:

As another note, after I runs following command:

I asked for entering Common Name information (like city, organization, ...). I entered some information (randomly) to the questions and finally after executing second command I produced mycert.pfx file and imported it to Firefox (as described in the end of document). But it does not recognized the .pfx file and nothing has been imported!

After that I decide to import cacert.pem and the file successfully added to list of trusted authorities: 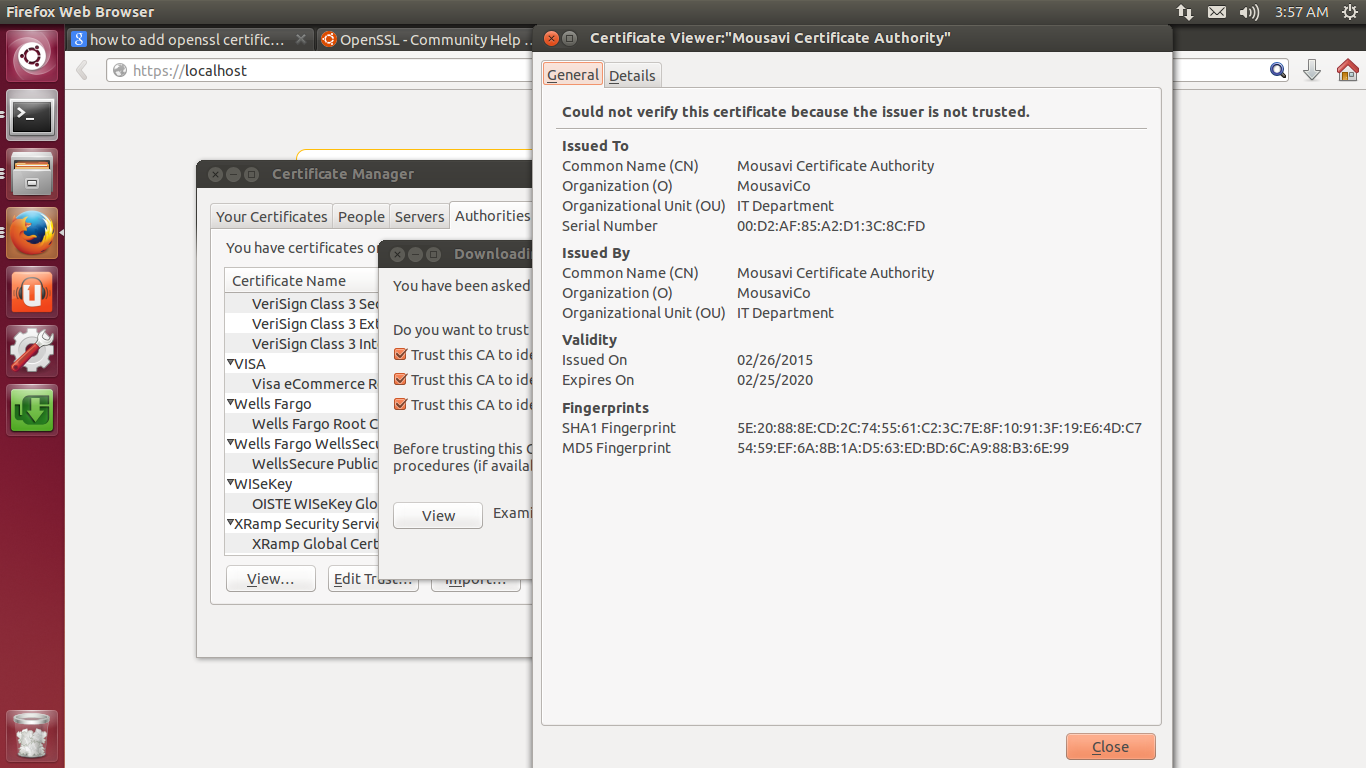 But after importing certificate to Firefox and restarting it, When I request the page, I got This Connection is Untrusted page (meaning Firefox does not trust in my CA certificate) in the response. Where is the problem? 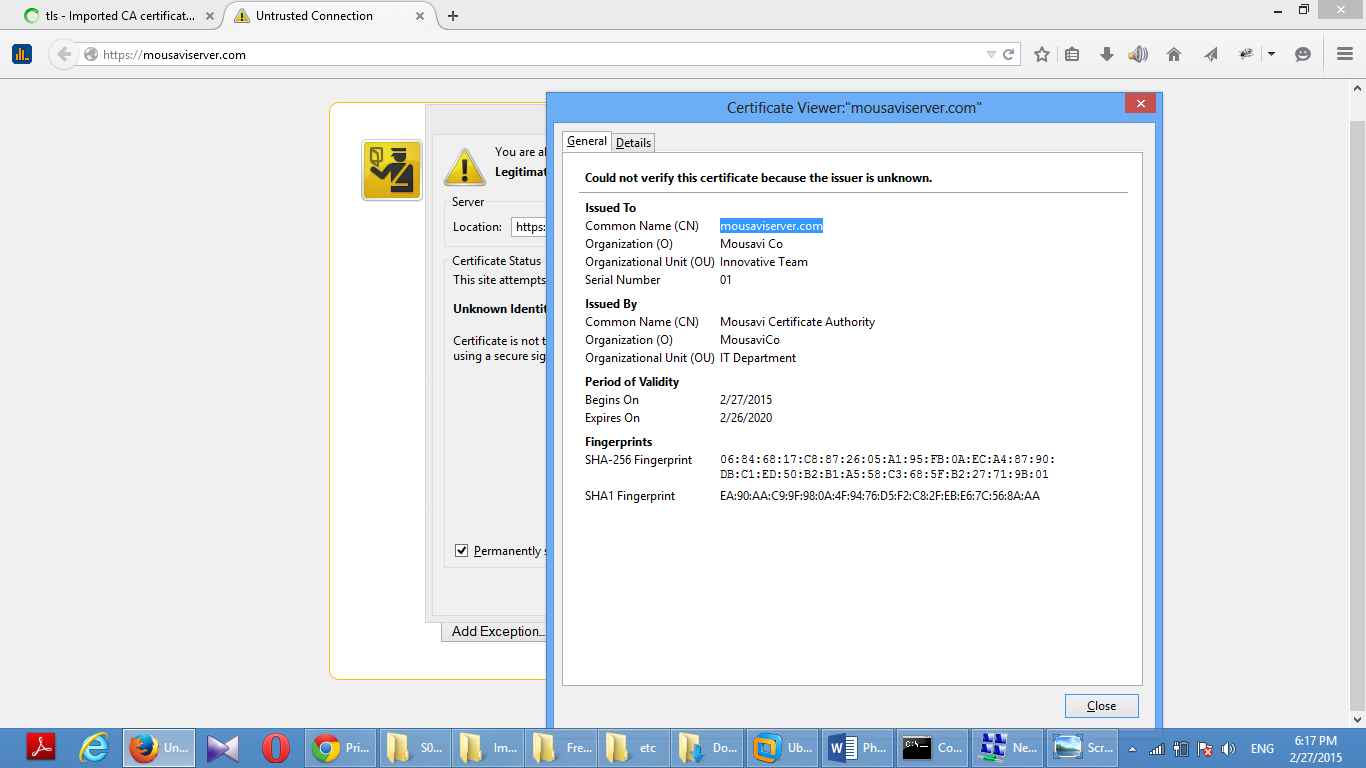 openssl req -x509 [...]
to create pfx file. But the problems is how this could relates to CA certification?

Not at all. The "-x509" parameter triggers generation of a SELF SIGNED certificate. I.E. it is not signed by your CA.

Not the answer you're looking for? Browse other questions tagged tls certificate openssl or ask your own question.