So, this is the thing, I have 2 Floors, Internet modem (Huawei hg532e) is upstairs, I needed Internet coverage on both floors, so I decided to install a Powerline network because the Wi-Fi wasn’t enough since I have thick walls and floors. So, the Powerline go downstairs, and it is connected to a router.

I normally access the NAS using SMB (Samba), NFS and/or uPnP. When I go to Network on a Windows computer, I see the NAS as a computer in the network and also as a media device (I have both protocols enabled on the NAS)

The problem here is that the computers connected to the downstairs router are not able to get access to the NAS.

I’m still learning networking, and I know all the basics but I have no idea here. Here is a pic of the network layout for reference. 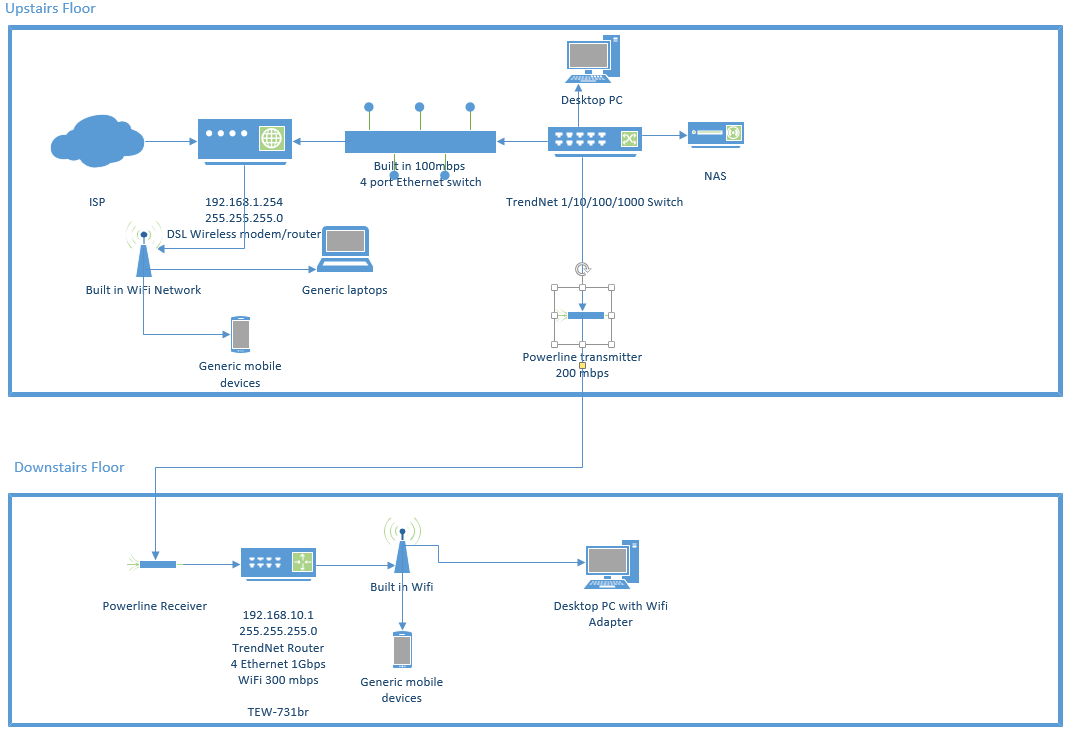 The best way would be to bridge the two (upstairs and downstairs) networks together, so that they are on the same flat network (same router, same IP address range). It is weird that you say that your downstairs router does not support this mode...

If bridging is not an option, you should put your two subnets (upstairs and downstairs) into different IP address ranges, i.e. 192.168.1.x and 192.168.2.x. Samba should work across routed networks (http://www.tldp.org/HOWTO/SMB-HOWTO-12.html), but you first need to check that basic IP connectivity works.

Thanks Big Chris and Demiurg for your answers, unfortunately, that trendnet router happened to be pretty basic and lacks such option as AP mode or Bridge mode. I also tried your suggestion of using 2 different subnets, apparently, the combination of modem/router that I have doesn't allow such thing, it causes conflicts and I ended up losing connectivity to the router configuration interface and also I lost internet connectivity. I double and triple-checked my subnet settings, I tried several times, rebooted all devices etc. I had to make a factory reset and reconfiguration in order to get it working again. What I ended up doing is adding a wired switch downstairs, and then connecting the computer directly to the switch and the router to the switch, the computers connected wirelessly to the router have no access to the NAS, but that was not a must, the desktop PC is working like a charm with the NAS. So, my diagram ended up like this. http://i.imgur.com/qxJMqDx.png 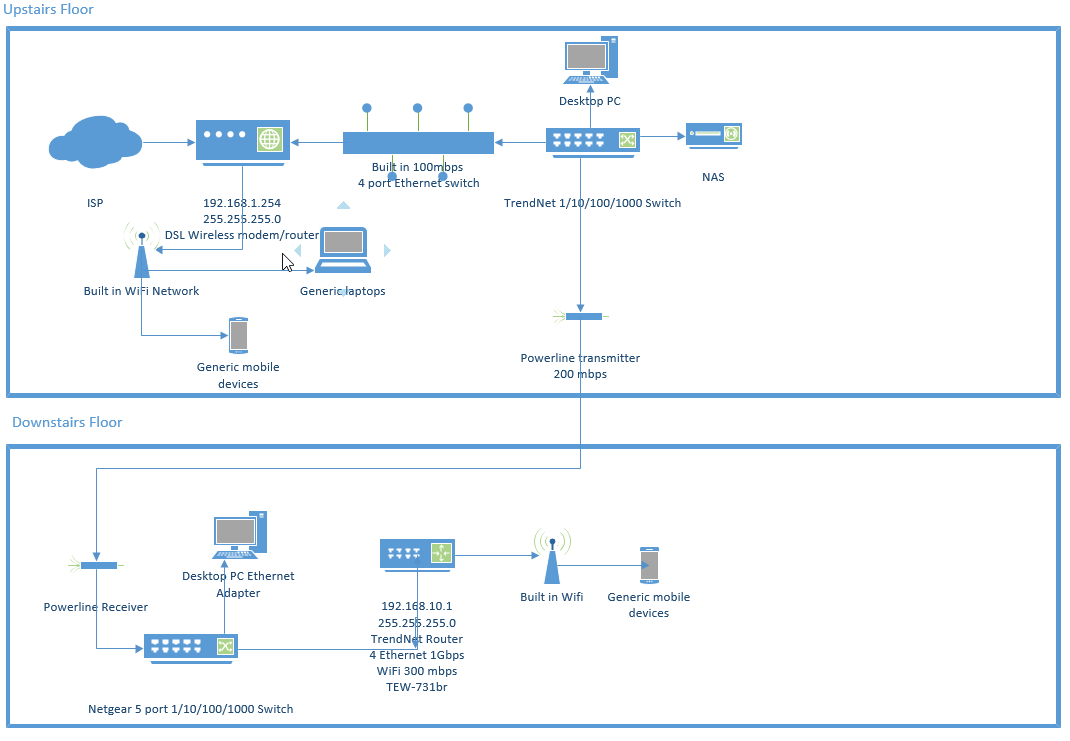 Not the answer you're looking for? Browse other questions tagged networking wireless-networking router wireless-router nas or ask your own question.

2
2Wire 2701HG as “WiFi Receiver”?
1
Bridge wireless networks
1
Network mess! Joining networks and access NAS outside LAN
2
Accessing router behind modem/router
0
No connection to NAS with a Router
0
Should I connect a NAS to a router, switch or access point for optimal in- and outbound performance?
0
Problems with powerline/2 router setup (interference?)
0
2 home networks, 1 internet connection, NAS backup across both (Diagram)