I have a large folder of RAR archives. There is a significant hierarchy of folder levels. I want to unRAR the entire collection of archives all at once.

I have the following one-liner, which will work:

(Note that we're running four threads in parallel to speed up the operation. :-) )

The problem with this command is that xargs is executed in the top level directory for each RAR files. This means that all of the output is being dumped into the top level folder.

Instead, I want the output to exist in the same folder as the RAR archive.

Each of the "File1.rar" files contains a file with the same name. Thus extracting them all into the top level folder causes overwrite issues.

To summarize, I want to extract all the RAR files in the above hierarchy. I want the contents of each RAR file to exist in the folder that the RAR file exists in.

It seems to me that the solution is to somehow set the working directory, and then run the unrar command form there. However, since the find command is giving me filenames, not directories, I can't do something like

Short of writing a Perl or Python script that will wrap around the unrar command and handle splitting the provided path into its parts and executing the command, is there a better way to achieve this?

There exist commands to extract a directory name (dirname) and file name (basename) from a path. So you could do something like

AFAIK, xargs doesn't support changing directories, so you would need some intermediary to do that, hence the /bin/sh. You mentioned writing a wrapper around unrar, and that is basically what this is doing, except in one-liner form.

GNU Parallel is a general parallelizer and makes is easy to run jobs in parallel on the same machine or on multiple machines you have ssh access to.

If you have 32 different jobs you want to run on 4 CPUs, a straight forward way to parallelize is to run 8 jobs on each CPU: 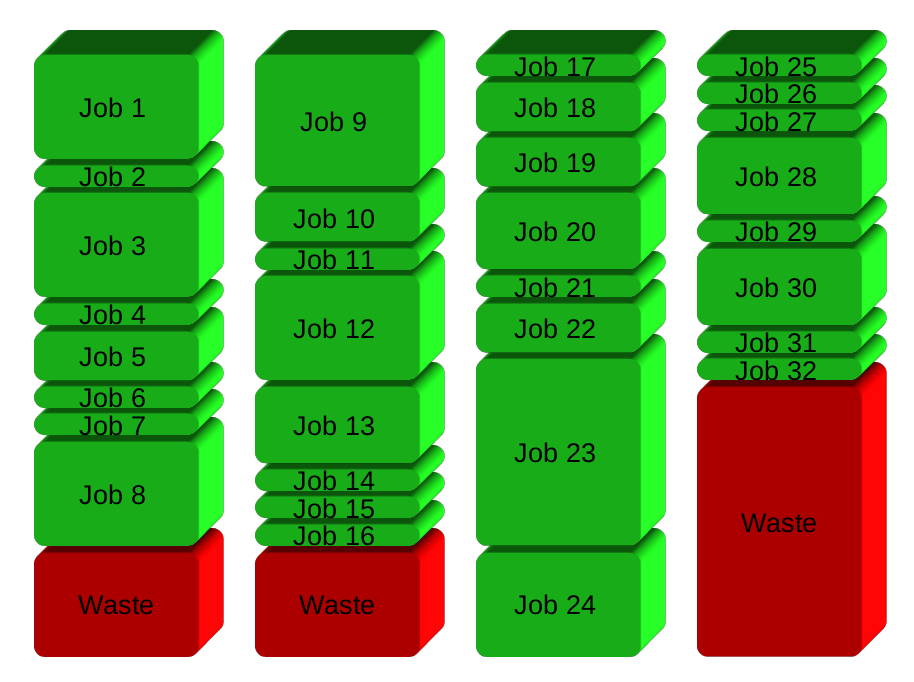 GNU Parallel instead spawns a new process when one finishes - keeping the CPUs active and thus saving time: 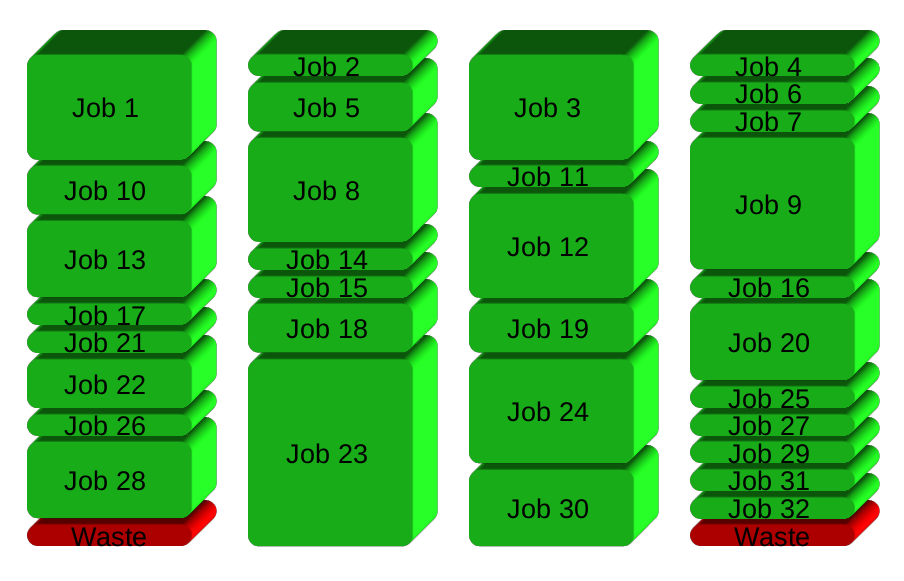 If GNU Parallel is not packaged for your distribution, you can do a personal installation, which does not require root access. It can be done in 10 seconds by doing this:

For other installation options see http://git.savannah.gnu.org/cgit/parallel.git/tree/README

Walk through the tutorial: http://www.gnu.org/software/parallel/parallel_tutorial.html

If you don't need the -P option from xargs, then you can use the find -execdir option, which is like -exec but does a cd into the directory before executing. Example at: https://stackoverflow.com/questions/16541582/finding-multiple-files-recursively-and-renaming-in-linux/54163971#54163971

Not the answer you're looking for? Browse other questions tagged xargs working-directory or ask your own question.

5
How do I use find to copy all found files to a new name in their same directories?
4
What is a Linux command to find files containing some strings but not another?
3
Combining sed with xargs to obtain a source and output file name
0
flexible number of agruments with xargs
3
Executing lines of a file with xargs, using stdout redirection
12
How to use wildcards in a xargs-command?
0
How to call the names of directories after passing them all to xargs?
33
Why is xargs necessary?
3
Using xargs with $() - operator precedence?
0
Chronologically grep or zgrep files in folder depending on file extension (xargs)