Computer turns on fine every day except Sunday. (Maybe due to not using it for a while?)

For over a month, I have come home from a Saturday 16-hour shift on Sunday morning to find that my computer won't turn on.

Every day of the week besides that one, the computer runs flawlessly. I assume that this happens because this is the longest stretch of time that my computer is not in use.

This problem shows itself no matter what my shut down method is.

When the problem happens, I've tried unplugging the machine from the surge and into an outlet. No luck.

I've tried plugging it into a completely different outlet, with and without a different surge protector. Nope.

I've dusted it out. Try again.

I've stripped the thing down to just one stick of RAM and the CPU and tried to start it. Nadda.

In the end, I've found that I have to wait before the thing will listen to the power button. That takes around two hours.

I can tell that I'm getting close to a start-up when after many presses of the power button and flipping of the PSU switch, the CPU fan spins for a split second then stops.

I was able to duplicate the problem before work this afternoon by shutting down and then holding the power button (while PSU switch was OFF and power cord unplugged) for around 30 seconds.

System would not start after it was plugged back in and the power button pressed. I unplugged the machine, repeated the previous step, plugged it back in and pressed the power button. This machine turned on that time, BUT I'm expecting to have the same problem when I get him this morning.

I have a feeling that tha problem is my PSU or motherboard, but I'm looking for a second opinion and am frustrated because my PSU is strong (Corsair AX750 Gold) and my motherboard isn't awful (Asrock Pro4 Z77). And my machine is only about 3 years old. I'm not thrilled about replacing either.

Other info/confessions: - Previously ran a crossfire AMD 7970 and 7950 for a few months (overclocked for gaming / under-clocked for mining) - System now runs just the 7970 (over-clocked, no hangs, artifacts or driver crashes) - Two HDDs (Windows 8.1 and Ubuntu 14.04) - Mild overclock on CPU on stock Intel cooler because I'm a moron. No issues, temps are good for Ivy Bridge I5. - I'm a first time cat owner, and wonder if the little guy is secretly involved in this, so I'm including him as a variable.

Being unable to start after a prolonged power-off is a common sign of a capacitors going bad. I've seen this a lot during the Capacitor plague. Even though your MB\PSU are using mostly solid electrolyte ones, it's still possible for them to fail.

Personally, I'd start with swapping PSU, because it contains large non-solid electrolyte capacitors in primary circuit and smaller ones in secondary circuits: 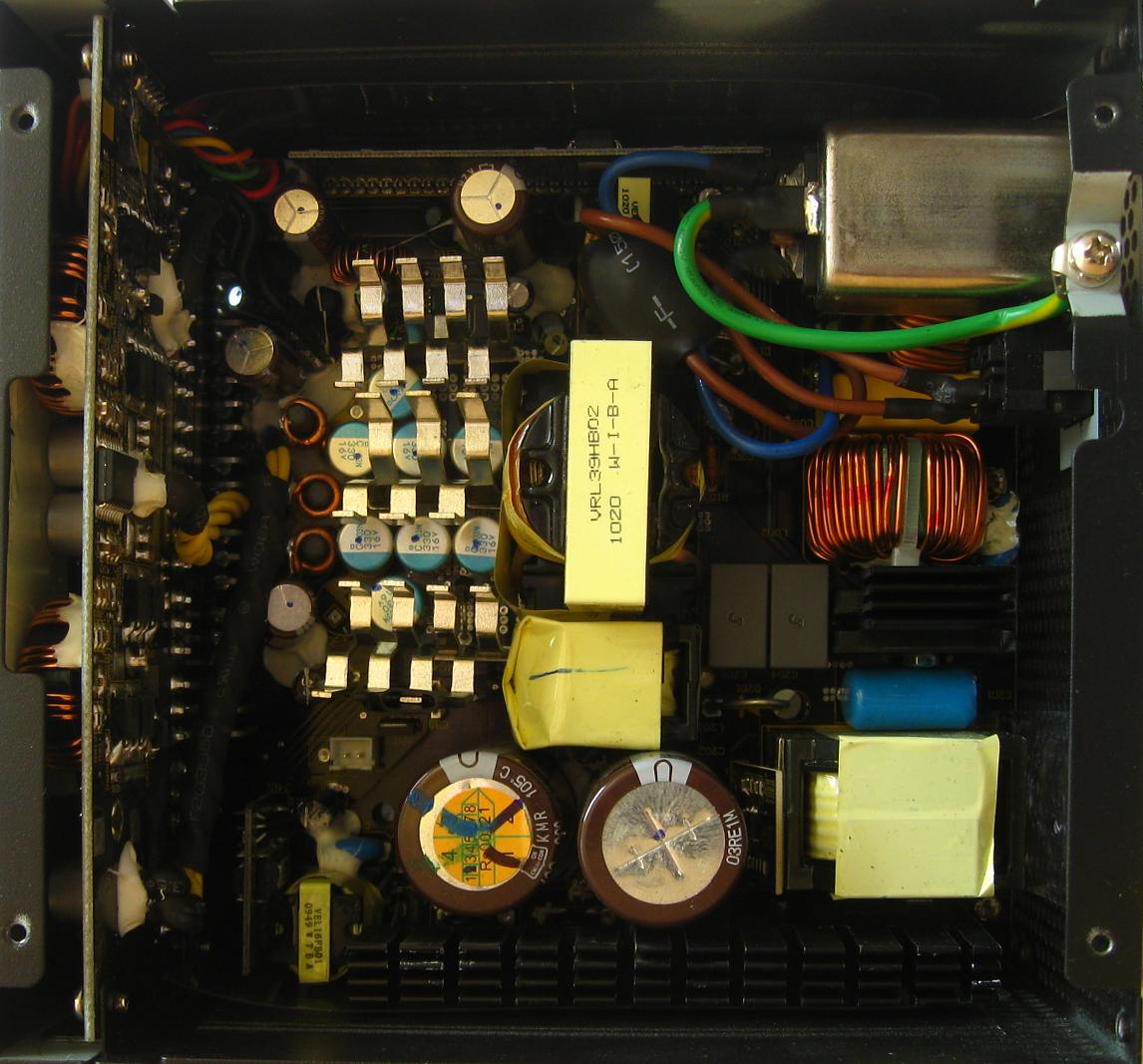 Capacitors, PSU and a long list of other parts can cause these symptoms. Most just keep buying new parts until something works. However the fewer and informed first identify the defect before even disconnecting one wire or part.

Removing RAM, changing a battery, etc have no relationship to your symptoms. You computer contains a power controller that decides when its PSU can power on or off and when a CPU is permitted to operate. Power controller has many inputs including the power switch. Nothing else can do anything until the power controller permits it.

Your symptoms are classic of a power controller that refuses to power or that sees a defect and powers back off. Only way to have a useful answer requires a voltmeter, requested instructions, one minute of labor, and posting those resulting numbers here. Only then can a fewer who know this stuff say what is wrong, why, and what must be replaced. Only then would you be fixing the only defect on a first attempt.

Everyything in that list is so layman simple that even a junior high school student can do it. But without those numbers, the fewer who really know this stuff cannot provide any assistance. Your only other alternative is to keep replacing good parts on speculation until something works.

Not the answer you're looking for? Browse other questions tagged motherboard power-supply or ask your own question.

3
Why would a machine ruin three “power supply”s?
0
computer shut down suddenly and now won't boot
0
Preventing the power supply (PSU) from blowing the motherboard or vice versa
2
Surge Protecter's Grounded Light Turning Off
0
Computer randomly gets into power loops
0
Did I damage any components?
2
Computer plugged into UPS plugged into surge protector plugged into ungrounded outlet
3
Diagnosing a dead computer
1
PC won't power on after blackout