I looked all over the web, and I saw many solutions to this issue, but none of them worked for me, and I don't know what to do anymore.

This can have many causes, but the most common ones are:

In addition, in my line of work where I have to switch between wireless networks a lot, I've found a bug where Win7 hangs on identifying like you described. This happens when disconnecting from a network, then trying to connect to that same network again. The workaround is to disconnect as normal, then select a different network, then select the one you want to connect to, and hit the connect button.

Note: Are you sure the network is functioning as intended? Have you tested it with a different device?

For me I solved this by disabling the TCP/IPv6 protocol under the Local Area Connection properties.

When I looked at the Network Connection Details Status, there was no default gateway or DNS server assigned for TCP/IPv6. I believe this is because the way my router is setup for content filtering, IPv6 is disabled so that the IPv4 DNS server specified is always used.

Once I disabled IPv6, then Windows no longer was trying to identify the network, and immediately the network was identified, and the identifying 'hourglass' went away. 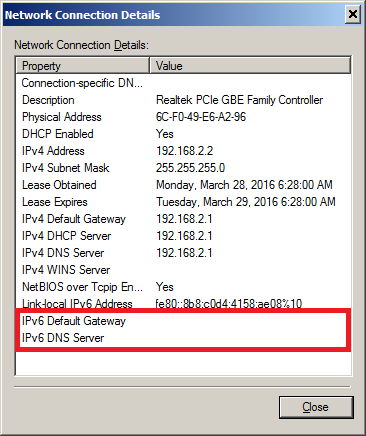 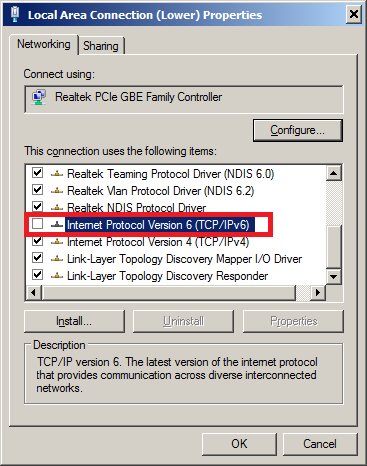 I had the exact same issue. The solution for my laptop was: Device Manager - Network Adapters - Realtek P Cle GBE Family Connector and found it had been disabled. I enabled it and restarted and it worked!

Not the answer you're looking for? Browse other questions tagged windows-7 internet-connection or ask your own question.