I will get a new laptop Dell Latitude E5550, I do not know exact sub-model spec yet.

From the spec sheet:

Can I be sure that it will have M.2 slot to buy SSD M.2 disk in advance? What disk will fit in (width)? Can I use HyperX Predator 240GB?

I found this link but still I cannot figure out the params of M.2 slot. They say there is no M.2 slot, does it mean that the M.2 slots in Latitude E5550 cannot be used for SSD disks? 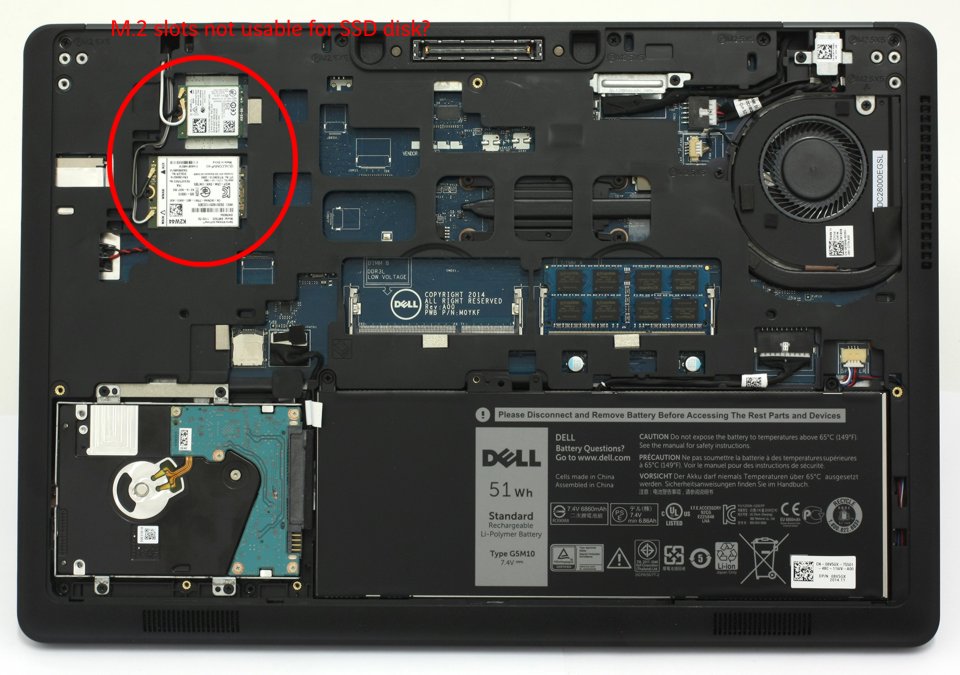 I don't think this system is M.2/SSD - compatible. The problem with M.2 expansion slots is that it allows to use connector TYPE, not necessarily provide COMPATIBILITY. That is: depending on the implementation of the system board manufacturer it can be all, any or either of PCIe, SATA or USB. All depends on the wiring and components.

There is nothing in the documentation on the E5550 that it's M.2 is SATA compatible. Sorry. In fact, nothing says anything on compatibility of those slots, so it's safe to assume it's only PCIe/USB or just USB compatible. But you'll never know, so best bet is to try first - search for friendly repair shop and ask them to fit one mSATA drive to test it works.

EDIT: M.2 support of SSD depends on how the slot has been implemented on the specific motherboard. If pins are wired according to M.2/SATA standard, then all is good - M.2 SSD will be connected to onboard SATA controller. However, it obviously requires paths being laid on the motherboard between M.2 slot and SATA controller. If M.2 is implemented as PCIe-only, it will be connected to chipset (simplification), if as USB - then it will connect to USB hub. If as full M.2 (all-compatible), then it will accept any device in proper factor and connector-type. But it's most expensive to do (as it requires extra hardware), so it's rare in laptops, especially low-mid range.

EDIT2: M.2 is a new version of mSATA. Sort of... There is physical connector difference, for starters. But: mSATA is an essentially SATA-compatible drive with connector of the size and format of mPCIe slot. it differs from mPCIe in pin arrangements. So, in essence, mSATA looks like mPCIe but it's not, however if motherboard manufacturer so chooses, the slot will support either (or more ;). Usually manufacturers both mark and market given motherboard/system as having mSATA connector. Same with M.2 - it needs to be manufactured as supporting SSD drives and usually will be marked as such. Other difference is that M.2 is not limited to connecting to SATA controller (like mSATA was). It can use PCIe bus, which is waaay faster.

I hope answer is now clearer, as my mental shortcutting in the original version could be very confusing.

I just tested the M2 connector on a Latitude E5550 with a SSD and sadly I have to report that is not recognized in any way, even after trying every combination of settings in the BIOS (version A06).

The M2 SSD I tested is brand new so I suppose it's not broken. I don't have any other device to test against to verify if it's really working or not.

Just for your information the slot accomodates a M2 2242 type card.

I have recieved following response from Dell support (translated to english):

The new Dell Latitude series use the M.2 Next Generation Form Factor (NGFF) cards for the mini-card slots. This new type of expansion slot has replaced the older mini-card slot.

This new form factor is smaller than the original mini-cards and half mini-cards in size, and is based on PCI Express x3, SATA 3 and USB 3.0 technology, making the NGFF card much faster than the older mini-cards. Primarily, these cards are used for wireless options including WWAN and WLAN. They also support multiple function add-in cards including: the WiFi and Bluetooth combo module, Global Navigation Satellite Systems, Near Field Communication (NFC), Hybrid Digital Radio, Wireless Gigabit Alliance (WiGig), and Solid-State Storage Devices.

There are two expansion card slots offered with the Dell Latitude systems: 1 WWAN/HCA and 1 WLAN/BT/WiGig.

I have also found information for this model that mSata SDD should not be put in the WWAN cards slot (unlike in previous models) but uses the space for HDD. See attached photos: 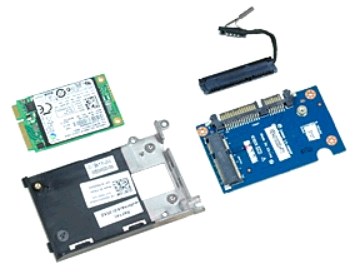 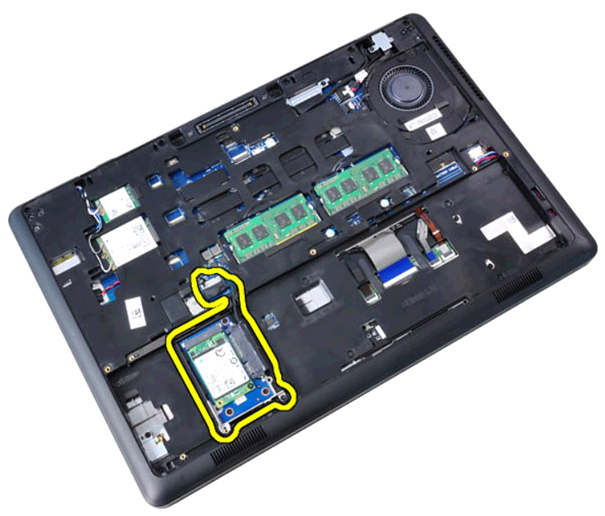 This is the only offically supported scenario and the M.2 slot is very small so it would be difficult to find a disk that would fit in - so it is not suitable for M.2 SSD installation.

Not the answer you're looking for? Browse other questions tagged laptop ssd dell-latitude m2-connector or ask your own question.