I read RFC 3122 which is about IPv6 Inverse Neighbor Discovery. And I want to test it. So I construct an IND Solicitation packet and send it to Debian 7.2. However I never receive an IND reply. My mac address is 005056c00001 and mac address of Debian 7.2 is 000c29d75f0d. I don't know what is wrong. Here is the snapshot of wireshark. 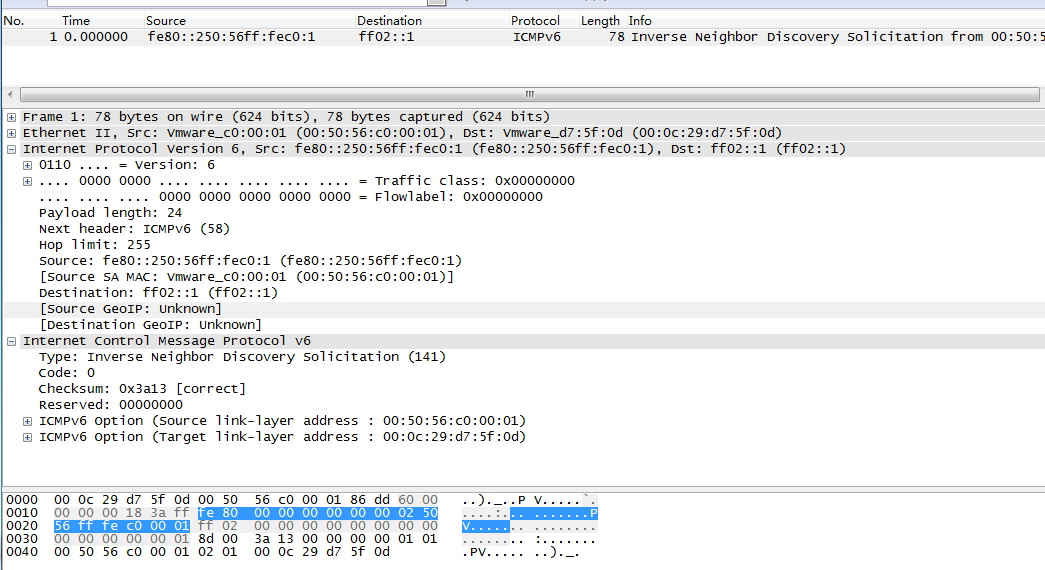 Does Debian/Ubuntu support IPv6 IND? Please help me! Thank you!

Looking at the 4.0.2 source I see no sign of it. So I'd say it is not in the mainstream kernel. Your observations are consistent with Debian not supporting it either. Searching for documents about RFC 3122 on Linux didn't produce many useful results. I found one document from 2006 saying it isn't supported.

Given this combination of observations, I would say it is reasonable to assume that nobody has released any RFC 3122 implementation for Linux.

Not the answer you're looking for? Browse other questions tagged networking ipv6 or ask your own question.