How can my VPN connection be faster than my standard connection?

Yesterday I got a VPS as a dedicated machine for OpenVPN, I set it up and ran a speed test today, what I saw astonished me: 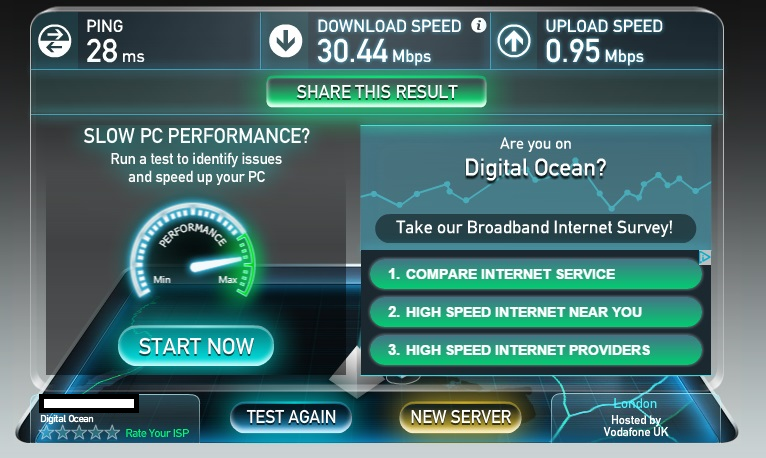 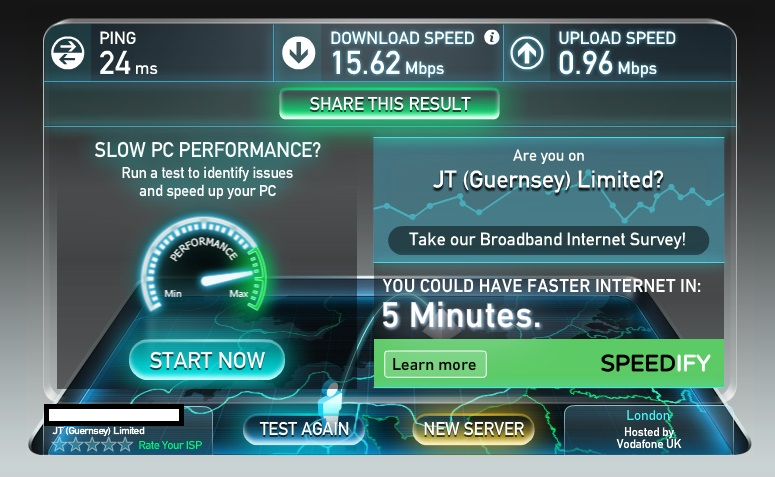 The VPN is situated in another country, on a different provider.

As expected the latency is slightly higher on the VPN, but I never expected the download speed via the VPN to be just below double that of my normal standard non-VPN connection. The upload speed is to be expected since I would've thought it'd be easier for my ISP to throttle that than downloads. I've always thought that a VPN connection will always have a lower speed than that of the normal connection, but clearly I'm incorrect.

I first thought that the result is anomalous, but I re-tested it a couple of times (for different speedtest servers) and had similar results, therefore the liklihood of three anomalous results in a row is nil. I also restarted both the VPS and OpenVPN server with service openvpn restart (the VPS' OS is Ubuntu 14.04 64 bit), same result.

How is this possible? 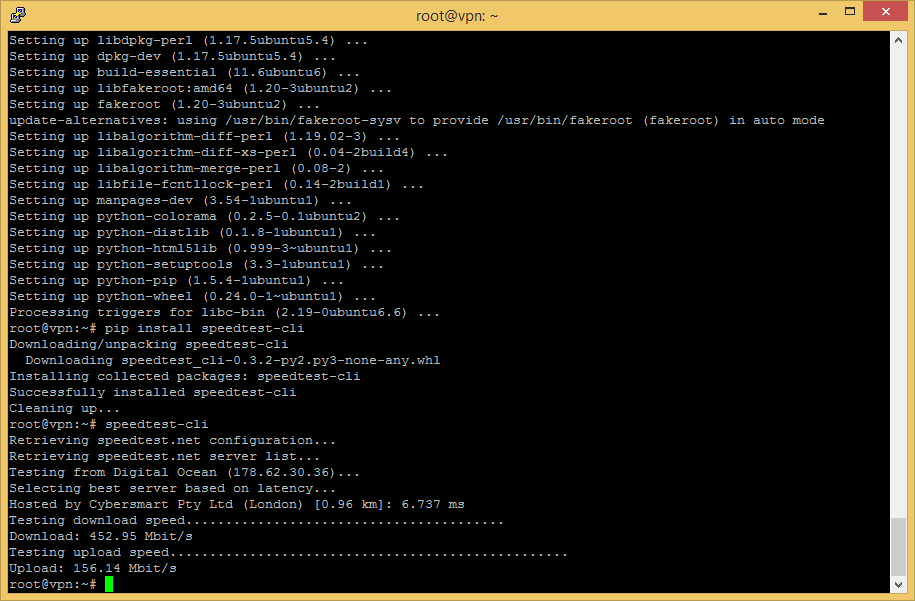 This was to do with the OpenVPN server's compression feature, meaning that more data can be sent at once.

This, therefore, meant the connection was faster. To confirm this, I disabled the compression feature and had this speed:

...whereas with compression enabled, consequently had this speed:

It seems that had I used a standard VPN other than OpenVPN I wouldn't have seen this significant speed burst.

I use 64/4,5 Mbps pure internet connection. But when I connect to corporate server through AT&T VPN then I have 2Mbps (yes, download, it is, as they say, standard corporate policy) / 20Mbps (UPLOAD 4 times faster than I'm paying for to my cable provider!!!).

I don't belive in VPN compression positive impact (as opposite to extra VPN load's negative impact :)), as speed test uses 10 GB zipped file for testing and I don't think this file can be compressed more, even if the individual UDP packets load is recompressed (as I know, VPN uses UDP flow ensuring TCP like level by itself).

The only reasonable explanation I met was, that due to fact AT&T owns the most skeleton in the Europe, the providers are obliged to route AT&T traffic without any limitation. Must be aware that cable modem I use is capable for achiving 440/120 Mbps speed via 8/4 down/up channels. And probably the QoS is done only at provider's L3 infrastructure.

Not the answer you're looking for? Browse other questions tagged networking vpn openvpn or ask your own question.

0
Will a slow upload rate have a negative impact on VPN usage?
8
OpenVPN exclude IP or port
5
Can my ISP know if I'm using vpn
4
DNS resolution works inconsistently in VPN connection
13
How is Netflix able to detect a private VPN?
2
Routing a VPN connection to a socks proxy on the same server