Overheating issues, even after suggested remedies

So my computer/Server is overheating on a regular basis, I thought that the issue might be the thermal compound on the heatsink, so I have replaced that (just 20 minutes ago), that seems to have done nothing. Also I used to keep the side off of the case and point a fan directly into it, having returned the side of the case I see no difference, I also removed all dust from the inside while replacing the thermal compound, and so far the situation seems to have only worsened. What should I do?

I was trying to get a reading for the CPU usage but it is very difficult to get a solid reading since it is constantly jumping around. If I am not doing anything it is about 0-5%, but If I am doing anything It is anything from 5% to 80%, with about zero consistency; I did manage to get the following screenshot of Task Manager > Performance while watching YouTube. The RAM usage however is a bit easier to read and is often around 900MB with a bit of activity and around 1100MB while running some apps.

In response to asking what the use actually is, I use it to run an apache WAMP server to host my own website (as you could figure from my SO account), Since it is running W7 Home Premium I use it for personal uses at times to, such as browsing the web, watching YT etc. Up until now it has functioned with no issues at all and not overheated once, even when I tried to play rather intense games It held in and didn't overheat. It has got to a point now where I have my window open 24/7, and point a rather large fan directly into the side of the case.

I haven't got any accurate data for ambient room temp. but I will go and borrow a thermometer from the kitchen to get a reading, and will update this ASAP. 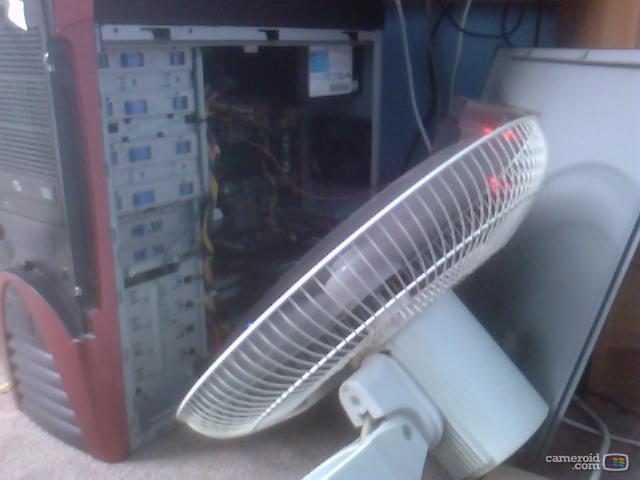 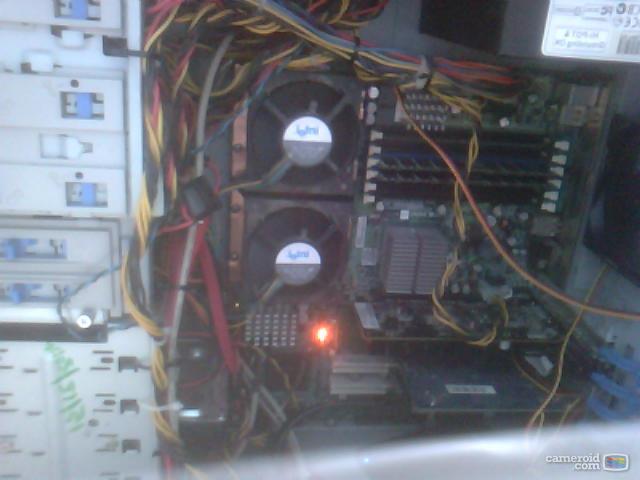