How can I use shortcuts in this minimalist Windows folder browser dialog?

This is the folder chooser window that pops up on Adobe Illustrator CS6 running on Windows (8.1 pro) when a script calls for a file or folder to be selected (on the left below - this example is from the multiexporter script but it's not specific to that script): 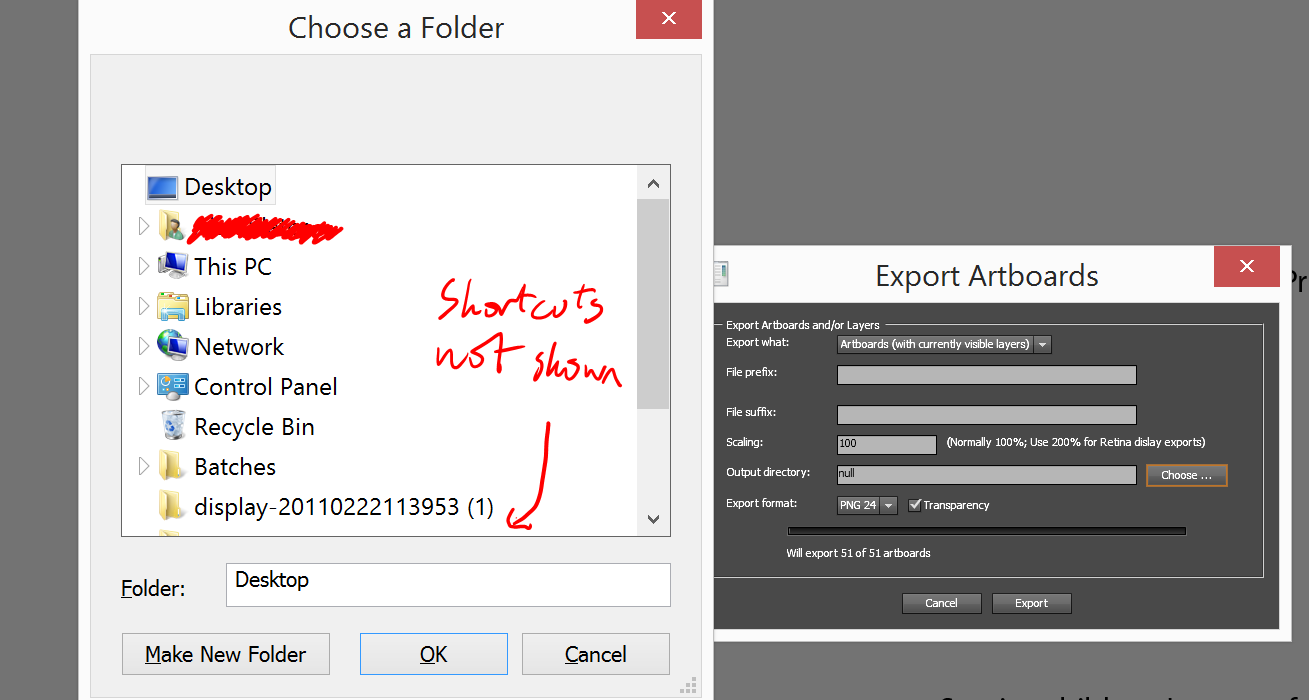 My biggest issue with it is that folder shortcuts are not shown at all in this view, not even when navigating to folders they are in. This plus the fact there is no option of typing a location makes folders in nested network drives based on domains and URLs, which I normally navigate to using shortcuts, seemingly impossible to reach using this dialog (the domains don't appear under Network).

It's very different to other file or folder selection views used for saving, opening etc. I know that Adobe have been much-criticised for using old and obsolete Windows file selection windows elsewhere in their UI (for example keeping Windows 95 style save and open dialogs). Some guesswork combined with google image search turned up this SO answer which suggests it's called the "Folder Browser Dialog", apparently invoked by new FolderBrowserDialog.

So, how can I get a shortcut - or something equivalent - to be visible and usable in it? Suppose I have regular working directories which have complex paths based on a domain. How can I enable myself to quickly and efficiently reach it using this dialog?

windows shortcuts adobe-illustrator
Share
Improve this question
edited May 23 '17 at 12:41

My solution to this in Windows 8.1 is to create a custom Library. 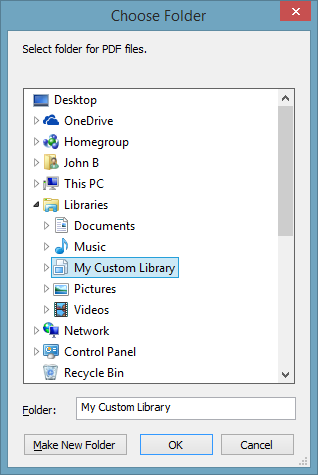 Note that you might not be able to include a network folder within a Library if it is not indexed. See this question for solutions to that problem.

As you mentioned in your own comments to the related SO post, the developers, namely Adobe are using a folder picker. It does just as it states on the tin and allows users to select a folder. So by design, it ignores all files and shortcuts alike and only displays folders to the user. You won't be able to get them to show in that dialog.

Can you make them visible? The short answer is, by design, no.

Not the answer you're looking for? Browse other questions tagged windows shortcuts adobe-illustrator or ask your own question.

1
Shortcuts located in “D:\Program Data\…” not working even though they're pointing to the right targets (Windows 7)
0
Windows Save As dialogs: how to view all file types by default when saving?
0
Windows 8.1 apps won't open or load
1
How to list specific dated folders in a root folder to use with wzzip (winzip) command line in my batch script?
3
How do I access the “transform pattern” function in Illustrator on a French keyboard?
1
When System PID 4 is locking a file or folder, How can I determine what program/process/service is locking it without guesswork?