vmware workstation - How can you boot from CD?

On VMware workstation, when I boot a VM I see a screen appear for booting CD but it doesn't last long. I definitely try hitting F2 when I see it, and i'm a very fast guy, still no luck.

I have heard of an option to power on to BIOS but I don't see it. I see VM..power on to firmware.

You're right to act as soon as it starts, but don't just hit a key. You have to mouse click to enter the VM, and then hit the key (F2 for BIOS or ESC for boot menu) F12 for network boot though I haven't used network boot.

You can also edit the vmx file of the virtual machine, and add the line bios.bootDelay = "15000" (15000 milliseconds is 15 seconds but you can change it to whatever) and you get another screen that offers the same keys and a 15 second delay to hit them. Of course, you have to click first. You might want to shorten it from 15 seconds. But if you've been missing it you might appreciate the screen being there for 15 seconds, then change it once you've figured out how to do it.

When practicing you might want to shutdown and power up, rather than restart, so it's a bit clearer when it is powering up, though restarting is OK.

Oddly, while in an ubuntu VM, F2 and ESC don't bring up the BIOS, choosing "power on to firmware" does. (or "power on to bios" in other VMware workstation versions).

"Power on to firmware" is the new name for "Power on to BIOS" since some VMs now use EFI instead of BIOS. BIOS is a type of firmware.

You can do the following to make your job easier.

To make it easier to access the BIOS setup screen, edit the virtual machine's configuration (.vmx) and add or edit one of these options:

This forces entry to the BIOS setup at startup.

This adds a delay to the initial POST screen, showing it for longer and giving you more time to access the BIOS setup, where xxxx is the number of milliseconds to show the POST screen. (There are 1000 milliseconds in a second.) The maximum value for the boot delay is 10000 milliseconds or 10 seconds.

Note: Other documentation indicates the actually maximum delay is 20 seconds or 20000 milliseconds.

Once you have access to the BIOS setup you can change the boot order permanently by doing the following. 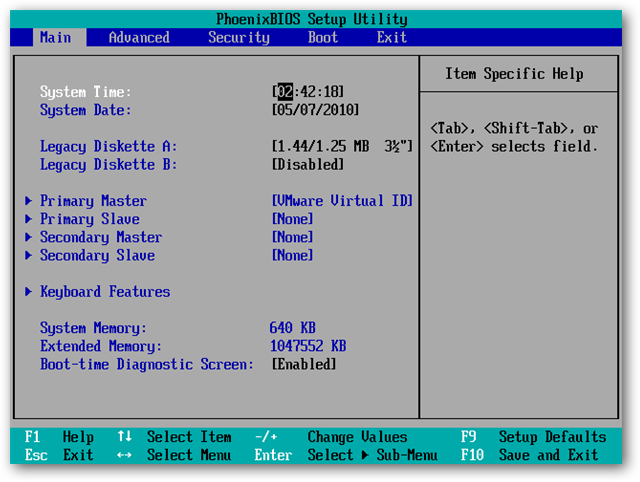 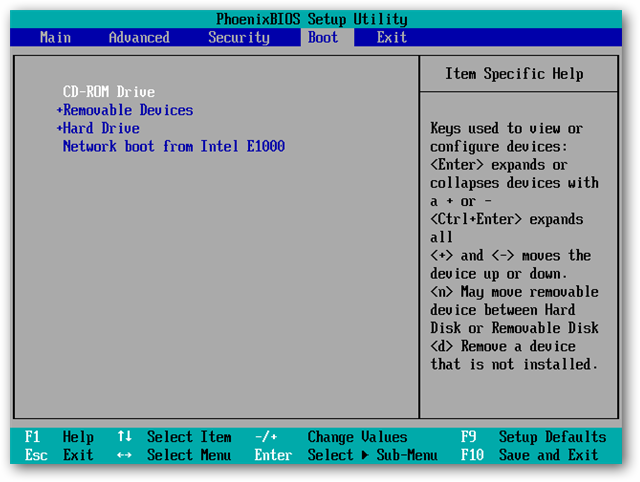 VMWare’s BIOS does not allow you to boot to a USB device, but you can get around that limitation, by using the PLoP Boot Manager. The source tutorial continues to explain how to actually boot to a USB device in more detail but that isn't what you are trying to do.

Simply stated, in most instances it is faster to rebuild an entire host than to expect you can hist escape or F2 in the millisecond they allow for this to occur.

Not the answer you're looking for? Browse other questions tagged vmware-workstation or ask your own question.

1
Unable to boot from ISO in an already installed guest of VMware 12
0
I accidentally unmounted /dev/sda1 on VMware Workstation, now i got “Operating System not found”