So I have a Compaq CQ50-215CA and my sister was using her laptop on her bed and I was just using it quickly to check my email. The surface of the laptop was really hot and I opened Speccy to see that the CPU and GPU temperature was 96 C. A couple months ago, my laptop was on the desk without a cooling pad and I was playing a game. Using GPU-Z back then, I had a reading of 104 C. Even with a cooling pad on a desk, running several processes/games keeps me around 88-90 C.

Is this normal for a laptop and what's the highest temperature the internals can handle? Besides a cooling pad, are there any other more effective ways of cooling a laptop?

Numbers I like to go with for laptop innards are:

Considering your machine uses a Turion QL-60 1.9Ghz Dual-core, I'd say something's working REAL hard, or it was on that bed roasting for a good amount of time. Found spec doc here, not sure if it's accurate though : http://h10025.www1.hp.com/ewfrf/wc/document?docname=c01550109&tmp_task=prodinfoCategory&lc=en&dlc=en&cc=us&lang=en&product=3805752

I carry an Everki Chill Pill for when I'm on-the-go: http://www.tigerdirect.com/applications/SearchTools/item-details.asp?EdpNo=5384436&CatId=3486 -- It's a simple little bean that splits in half and elevates the notebook about half an inch, which is sufficient for my machine. ymmv.

I have a Logitech Alto Express at work, which has a curved channel that promotes airflow in addition to raising the unit to eye-level: http://www.amazon.com/dp/B000RZNI48?tag=gotapex A fancier model with a USB hub and a keyboard exist too.

I'm not too much of a fan of the cooling pads that forcefully push air through the chassis, but I know some machines can definitely benefit from them. I haven't had too much experience with these.

Cleaning out your machine like Dmatig suggested is number one though -- I cleaned out a friend's notebook after he deployed to Iraq. Red sand, and Kool-Aid Mix (absorbed moisture and turned into a thick sticky goo that attracted more dust and lint) had caked inside the heatsink fins and was choking the poor machine. 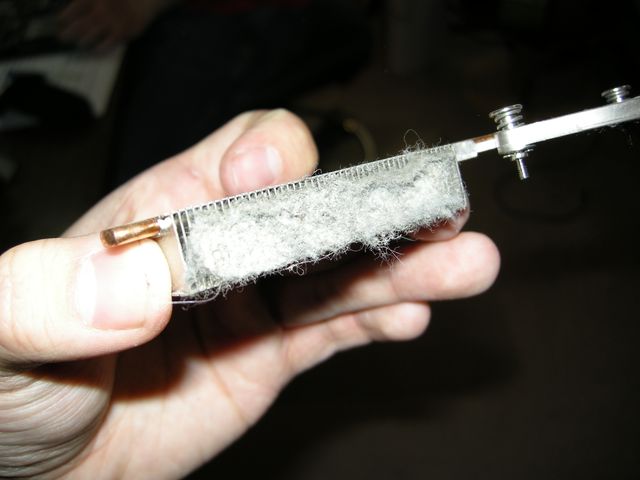 Thankfully, the thermal zones were obeyed and the machine downclocked or shutdown each time a dangerous temperature was reached. Applied some fresh heatsink paste and the machine was running much cooler.

All of those temperatures are extremely hot (in fact, my laptop would emergency power it down if it got close to that hot).

There are various things you can do to cool it down, aside from a cooling pad. Probably the most likely suspect is lots of dust inside of the case. I'd suggest either opening it up and cleaning off the dust with a can of compressed air, or having a professional do it if you're nervous about doing it yourself. You'd be amazed how much this can decrease temperatures. Don't use a vacuum cleaner or anything else, compressed air is the way to go.

If after this your temperatures are still extremely hot, as in your case (I'd say anything over 80c is worrisome), then it's likely a fan is failing, or there is a bad connection to the heatsink and they need to be reseated with Arctic silver applied to aid heat transfer. It would probably be easier to claim on the warranty if you still have one.

If you're still running hot after all of that, there are other more extreme options such as under-volting/under-clocking and the like, but really if that is necessary then that's bad design on the part of the laptop maker, or you got a dud.

Also, give this a read for more detailed descriptions:

Short answer: yes, the temperatures you mention are almost certainly too high for your laptops.

Long answer: the highest temperature the internals can handle depends on the manufacturer and model. Unless you feel like opening the laptop up, your best bet is to do the following:

Alternately, you can try finding it in this list, but it's a bit out of date.

You could try this:

0 to 80 Fahrenheit: Cold enough to be safe

120 to 180 Fahrenheit: Heavy usage, consider getting a desk fan

180 to boiling point: Computer will downclock or shut down

Boiling point to infinite: Computer will shut down

All those temperatures are way too hot(in fact, my desktop will shut down if it's 212 F).

I've seen laptops to shut down at boiling point, and some laptops (cutting-edge)could even work at your temperatures without overheating! But for yours, firstly, I have some suggestions.

Not the answer you're looking for? Browse other questions tagged laptop cooling temperature or ask your own question.

2
Is my pc temperature too high?
-1
Safe Temperature for GPU and CPU while gaming in laptop
5
Suggestions on keeping laptop cool
9
Will hot weather break my laptop?
3
Cooling a large laptop
1
Laptop harddisk produces clicking sound

3
Can a laptop cooling pad eliminate (or largely substitute) the use of the internal fans?
3
Cooling a large laptop
1
Reducing temperature of hot laptop
0
How to determine root cause of poor laptop cooling?
3
High CPU temperature of new Clevo w350ST Laptop
1
Is It Common for a Laptop Heatsink to Have a Temperature Sensor Near The Main Fan?